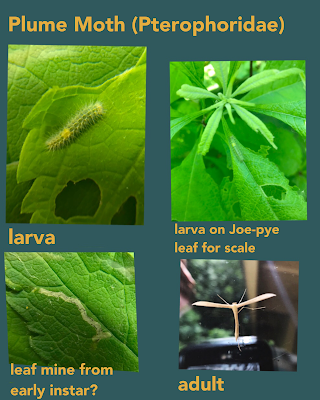 I found a number of these small, spiny caterpillars on a patch of Joe-pye Weed (Eupatorium sp.).  Many Plume Moths have leaf mining larva, so I wonder if the leaf mines found on the same plants are from earlier instars.  The adult Plume Moth pictured above was found a few feet from the caterpillars, but could be a completely different species that just happened to be close by.

Plume Moths are distinctive as a group with their T-shaped body, but very difficult to identify to species. 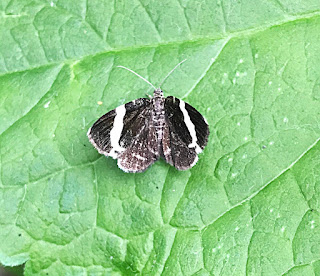 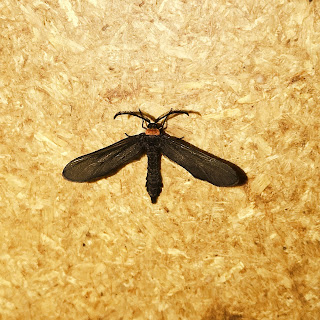 I first identified this moth as a Yellow-collared Scape Moth, Cisseps fulvicollis which looks very similar but is from a different family. 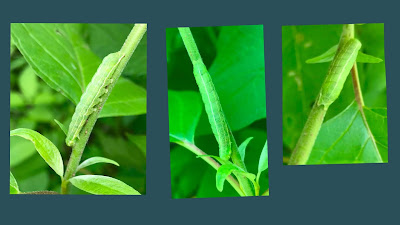 You could talk me out of this identification, but the presence of more or less continuous middisoral and subdorsal (stripes on the back) leads me to choose L. laticinera over the very similar (but less back stripey) L. antennata.  Noctuidae family.