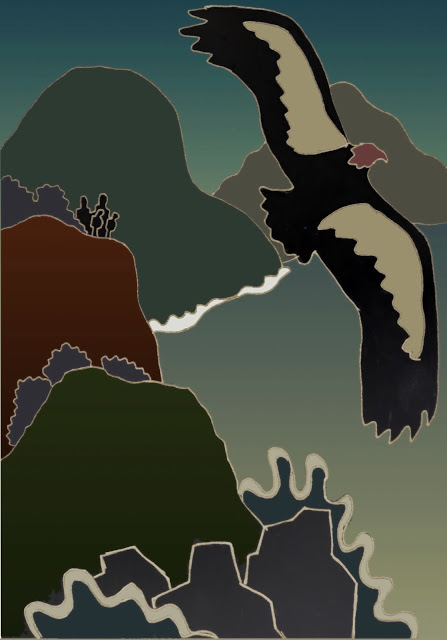 We saw it along California's spectacular Big Sur coast.  I had my eye out for condors the whole time we drove on along the narrow, twisting State Route One.  Numerous Turkey Vultures were gliding above, below and along the cliffs we drove along.  I stopped frequently to look more closely at these, trying to turn a Turkey Vulture into a condor.    When I finally did see the condor it was obvious at a glance, there was no mistaking it for a Turkey Vulture.  Even high up it's larger mass was obvious.  It was solid and steady instead of buoyant and wobbly like a Turkey Vulture.  We saw it flap twice, a distinctive movement were the bird seemed to instantaneously transform from a plane into a broad "U" and back again.

Despite the near constant views of stunning scenery we actually saw the condor while in a sort of valley with the ocean barely in sight, pulled off the side of the round next to some gravel piles.  Which seems about right.