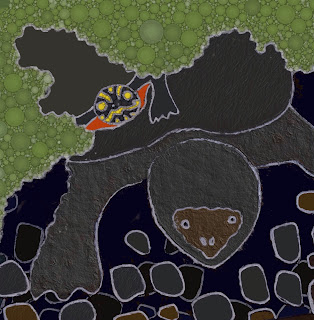 A number of years ago I was witness to an odd animal sight; two small painted turtles, Chrysemys picta basking on a floating snapping turtle, Chelydra serpentina.  Nobody really believed me.

So what was happening?  We entertained a few ideas before coming up with a plausible explanation.  We speculated that the painted turtle was eating leeches off the snapper.  Later I looked for some information on this behavior.  I found a few references to this behavior, including a scholarly article from the journal Canadian Field Naturalist.  I wonder if this is a rare interaction, or maybe only occurs in certain types of water bodies.  Or maybe it's a common, but rarely observed because snapping turtles spend so much of their lives at the bottom of lakes and pond. 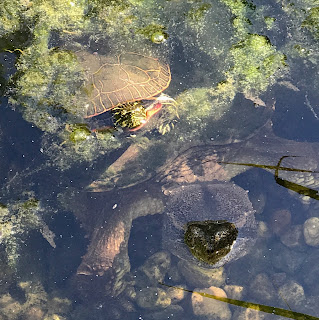