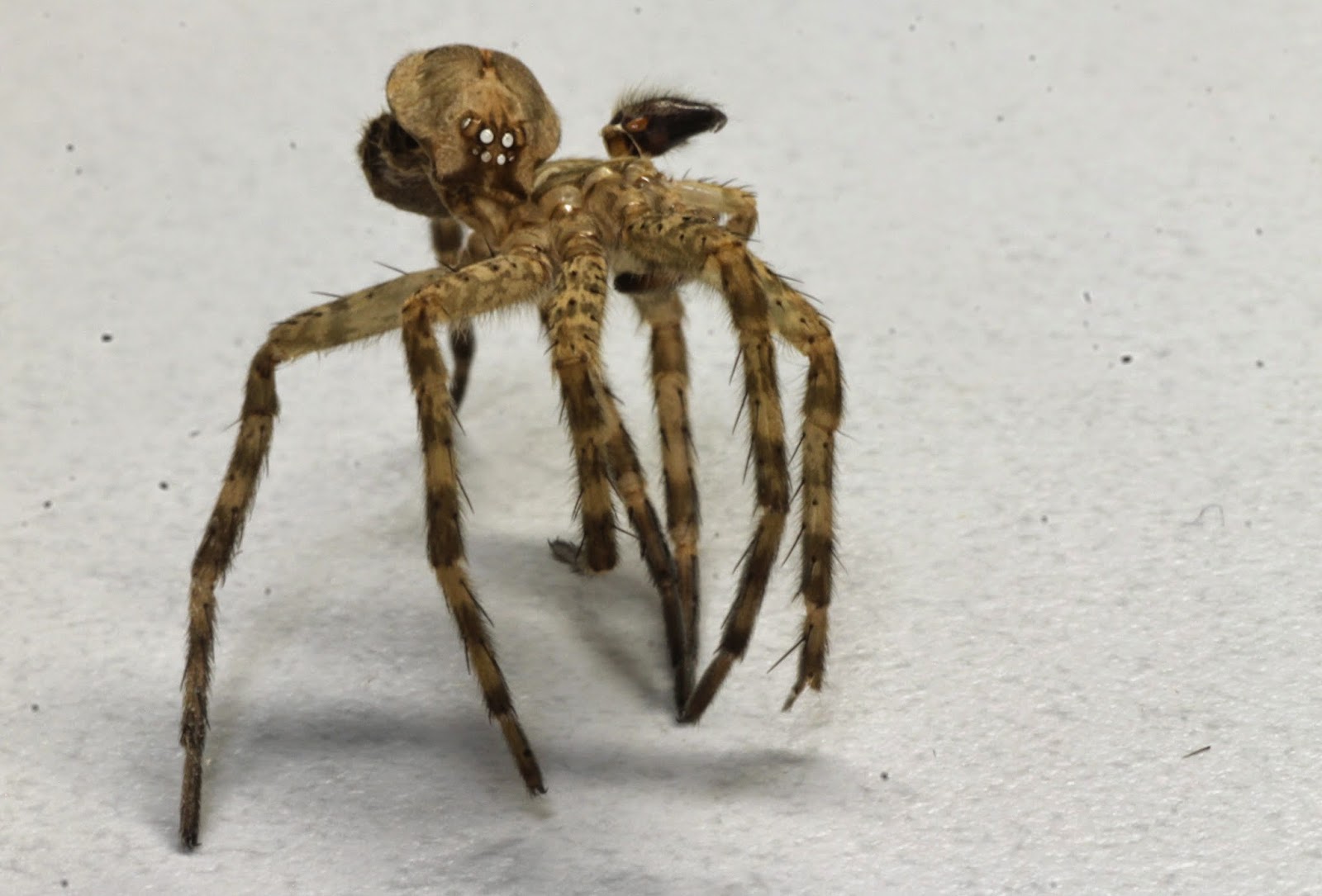 I found this Dark Fishing Spider (Dolomedes tenebrosus) exoskeleton under a sink a few weeks ago.  Spiders have to periodically shed their exoskeletons, the hard outer layer of their body as they grow. 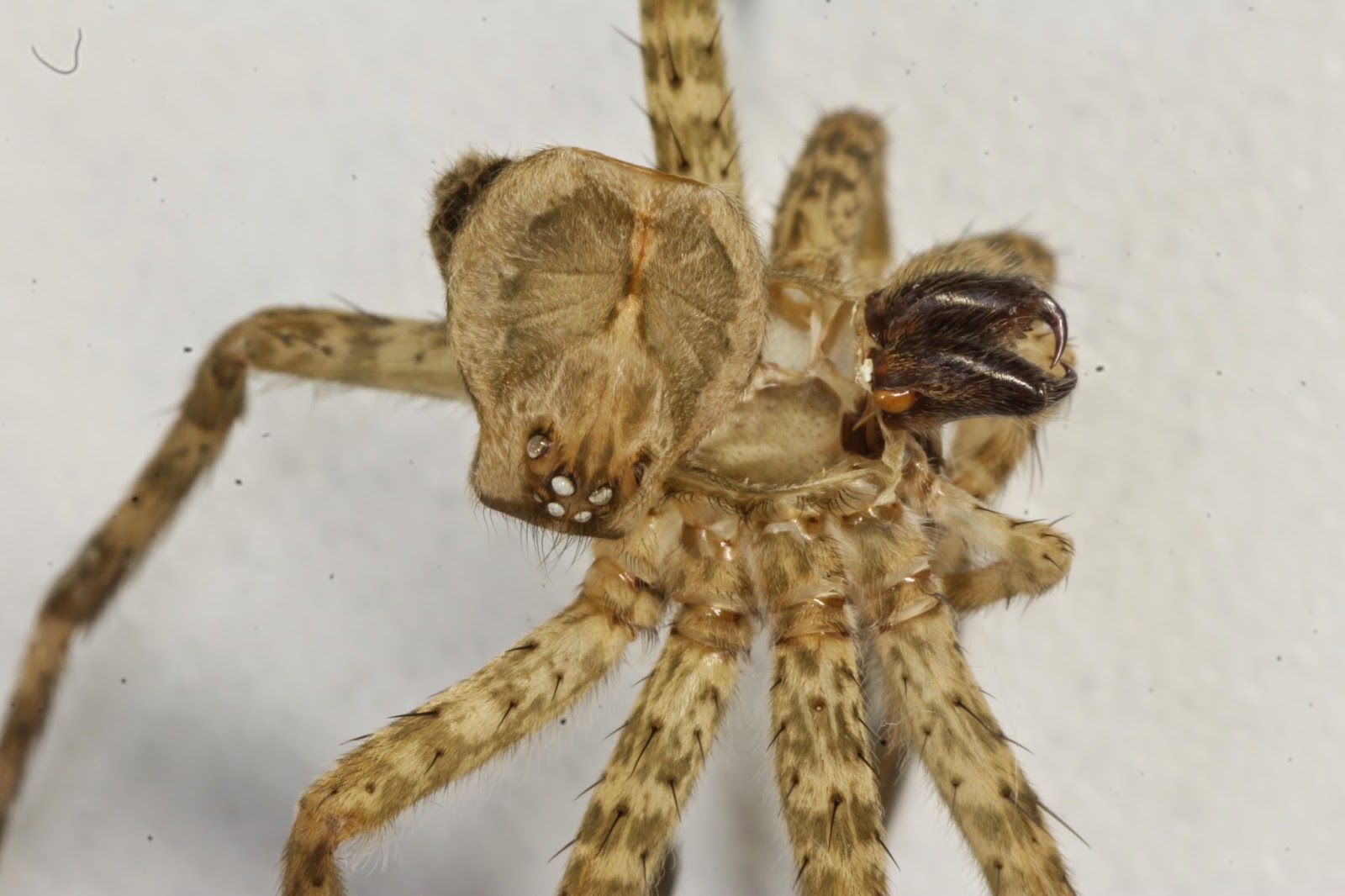 I think the exoskeleton gives an interesting perspective on how a spider's body is arranged.  Below, a short discussion of a spiders various parts, color coded for your convenience. 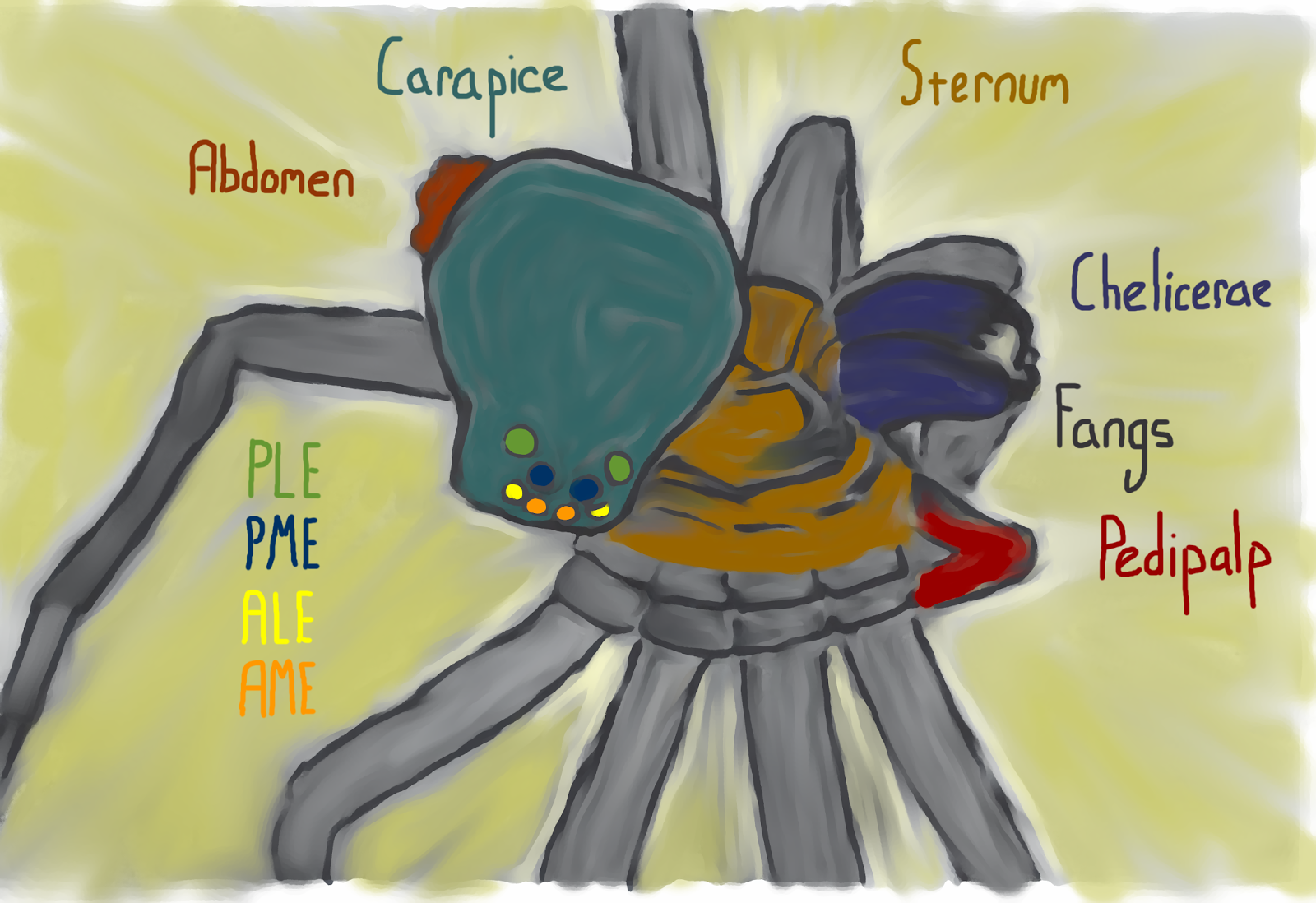 Abdomen
One of the two main sections of a spider’s body.  It’s where the most of the spider’s internal organs are located.  The exoskeleton of the abdomen is pretty soft and flexible and isn’t well preserved.

Cephalothorax
The other main section of a spider’s body.  I’m amazed at how well many details have been preserved in the shed exoskeleton.  It’s seems like shedding an exoskeleton should be a traumatic experience with only broken remnants left behind, but from the exoskeleton in the photograph, it appears the spider just unhooked a little latch, lifted its carapace up, and skipped away.  The carapace is the top portion of the cephalothorax, the underside is called the sternum.


(Maybe a future post on how the molting actually proceeds).


Eyes
Spiders have up to eight eyes.  The number, size, shape, and arrangement of the eyes can be a good clue to the spider’s family.  Spider eyes are labeled as follows.


Fishing Spiders are in the family Pisauridae.  This family of spiders generally has eyes that are arranged in two rows of four, with PME eyes that are slightly larger.  The P (posterior) row curve back.  Fishing Spiders are often mistaken for Wolf Spiders (family Lycosidae), but Wolf Spiders have three rows of eyes and noticeably larger PME eyes.

Often known as a spider's jaws.  In the photograph, they are easy to spot because they are the darkest part of the exoskeleton.  Like most spiders, a Fishing Spider's chelicerae move side to side, like a pair of scissors.  They hold prey and guide it to the small mouth parts located behind the chelicerae (not visible)  The tips of the chelicerae have fangs that are used to inject venom into prey.  They do not suck the fluid of their prey from their fangs.

Pedipalps
These are the leg like appendages on either side of the jaws.  The base of the pedipalps is actually part of the spider’s mouth structure and may aid in holding or crushing prey.  Male pedipalps are enlarged at the ends and used during mating to transfer sperm to the females.  Sometimes mention is made of the pedipalps being used for sensing too.
Posted by 11 at 4:43 AM