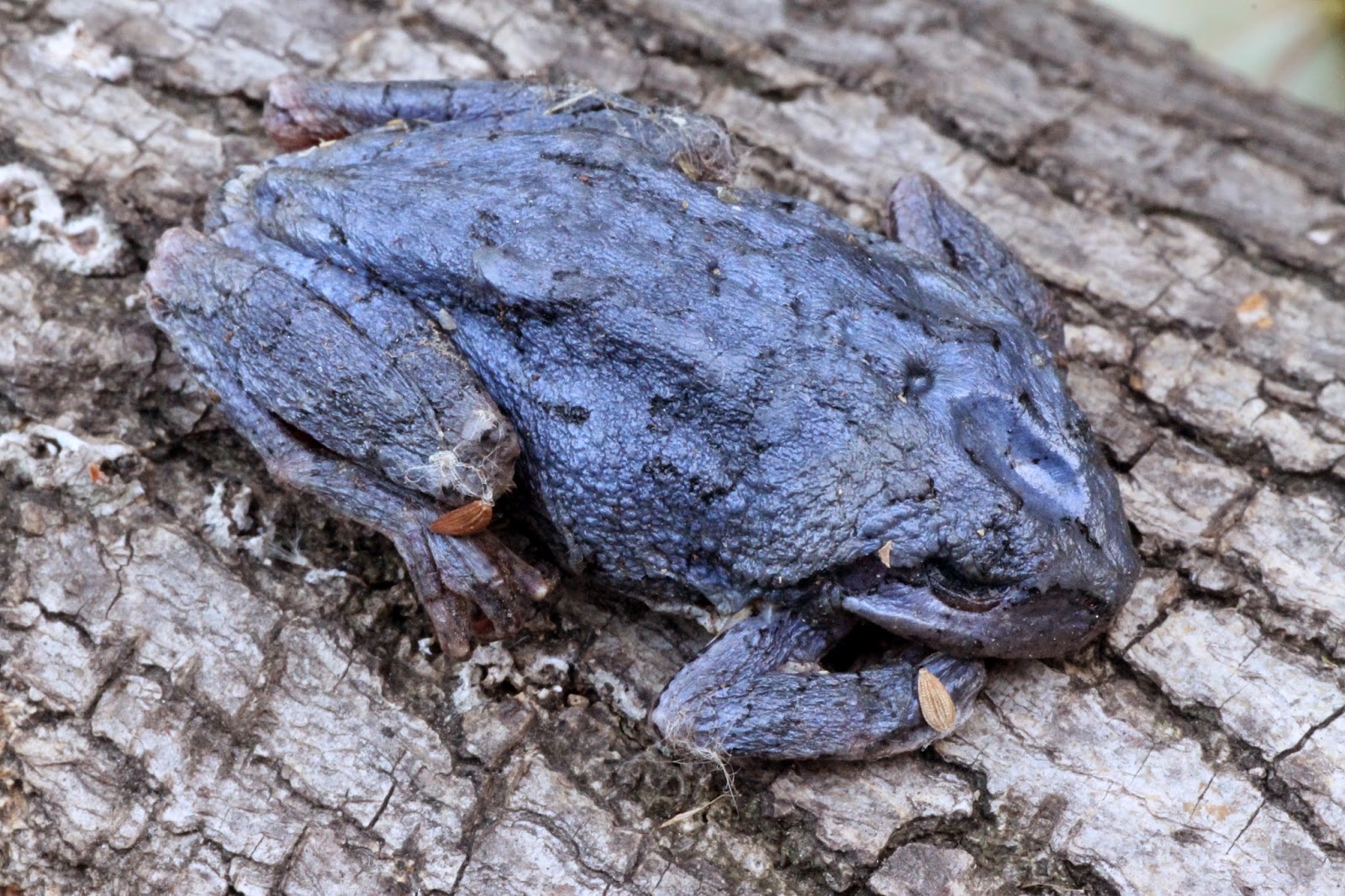 The blue frog pictured above is a Grey Tree Frog, Hyla versicolor or H. chrysocelis.  They are not usually blue (but they are not always grey either), but develop a bluish cast when they freeze for their winter hibernation.  This particular one is really vibrant, the man who first found it on a sidewalk thought it was a toy at first glance.

They are a lot of insects that hibernate in a frozen or partially frozen state, but not many vertebrates, all of them terrestrial frogs (that I know of).  Not only is freezing a seemingly death defying feat, but the adaptations employed to avoid permanent damage would kill most other animals.

There's a really excellent article written by Janet M. Storey at NatureNorth that explains the process in detail and in easy to understand language.  There's a section on freeze tolerance in frogs in the book "Life in the Cold" by Peter J. Marchand (read it if you are at all interested in how animals and plants survive winter, you'll be more smarter if you do).  So I'm not going to explain the process in detail, just outline some key points, and . . . an animated version of freezing in Grey Tree Frogs!

(note: the video my not appear on mobile devices.  You can try this link if that's the case)