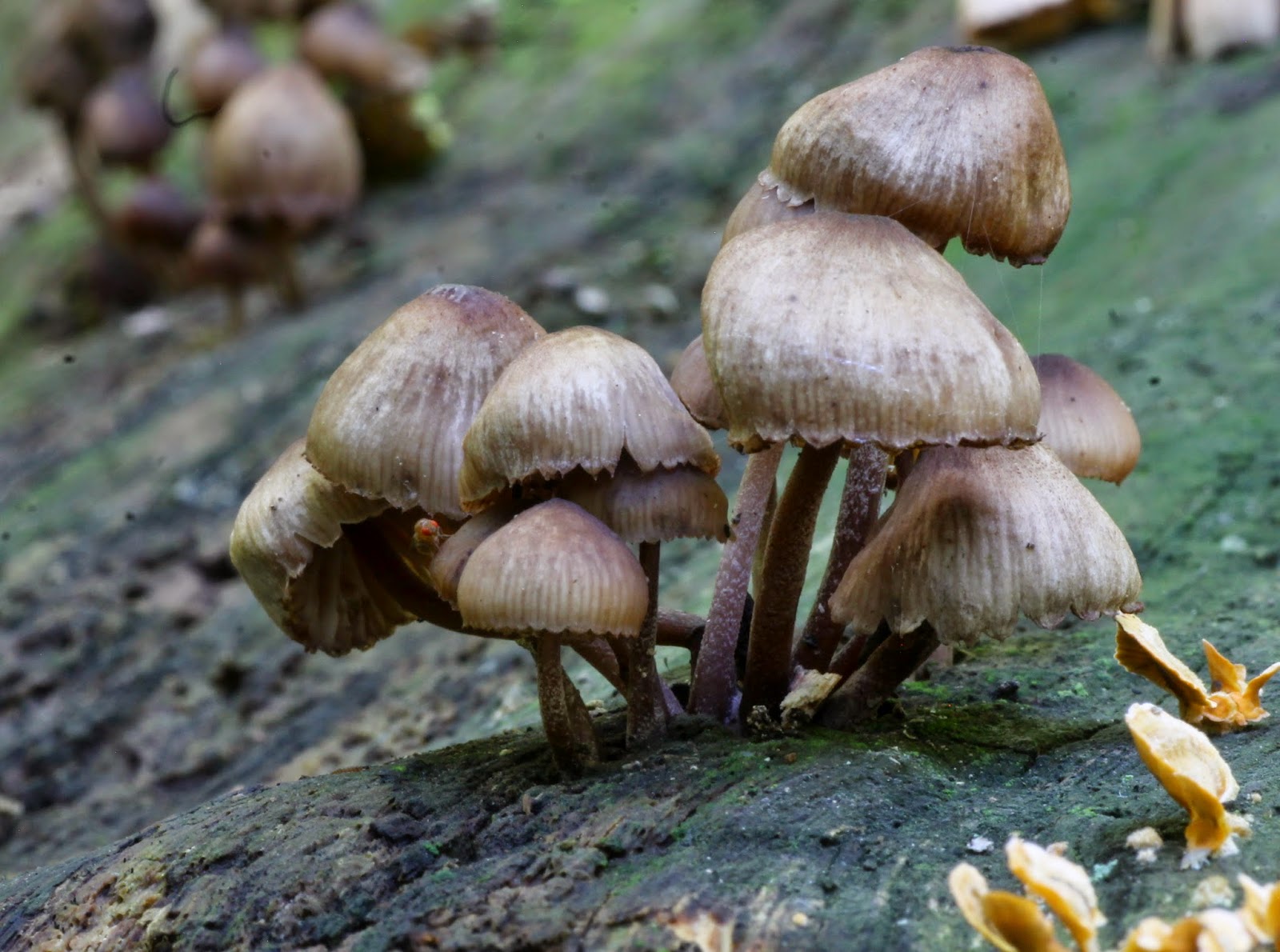 Named the Bleeding Mycena because it exudes a reddish juice when crushed.  Presented here at three stages: above, in middle-age. 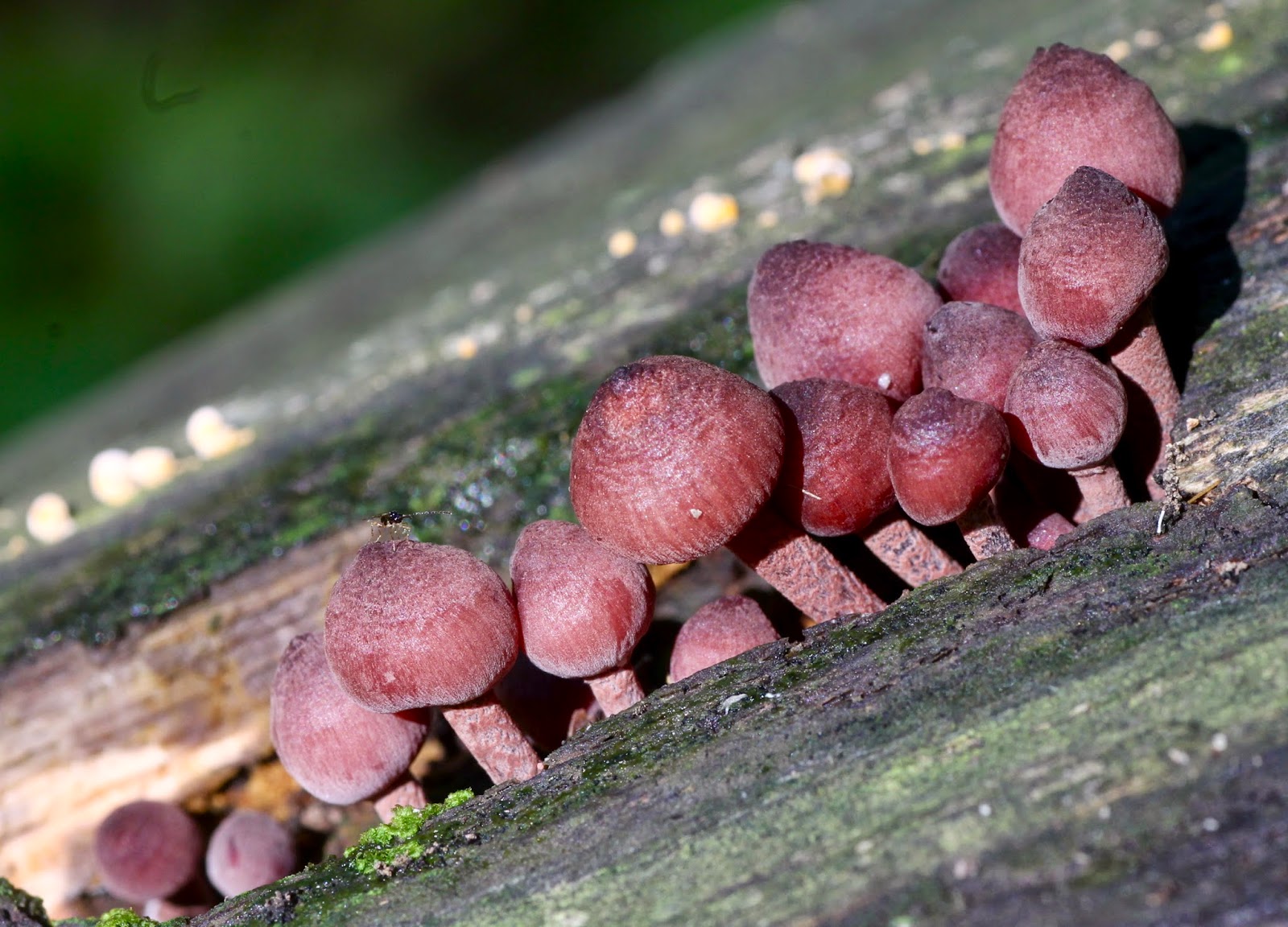 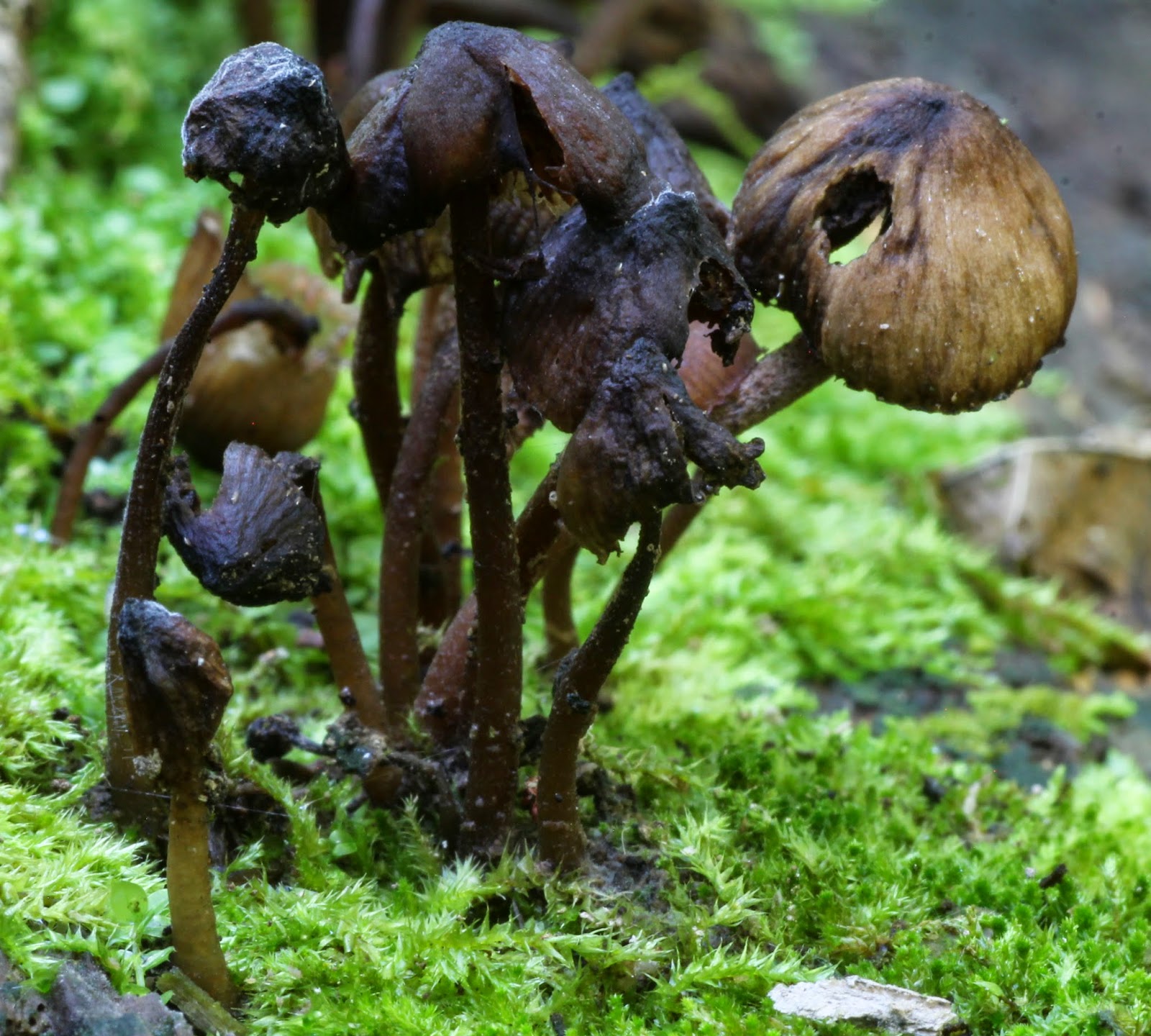 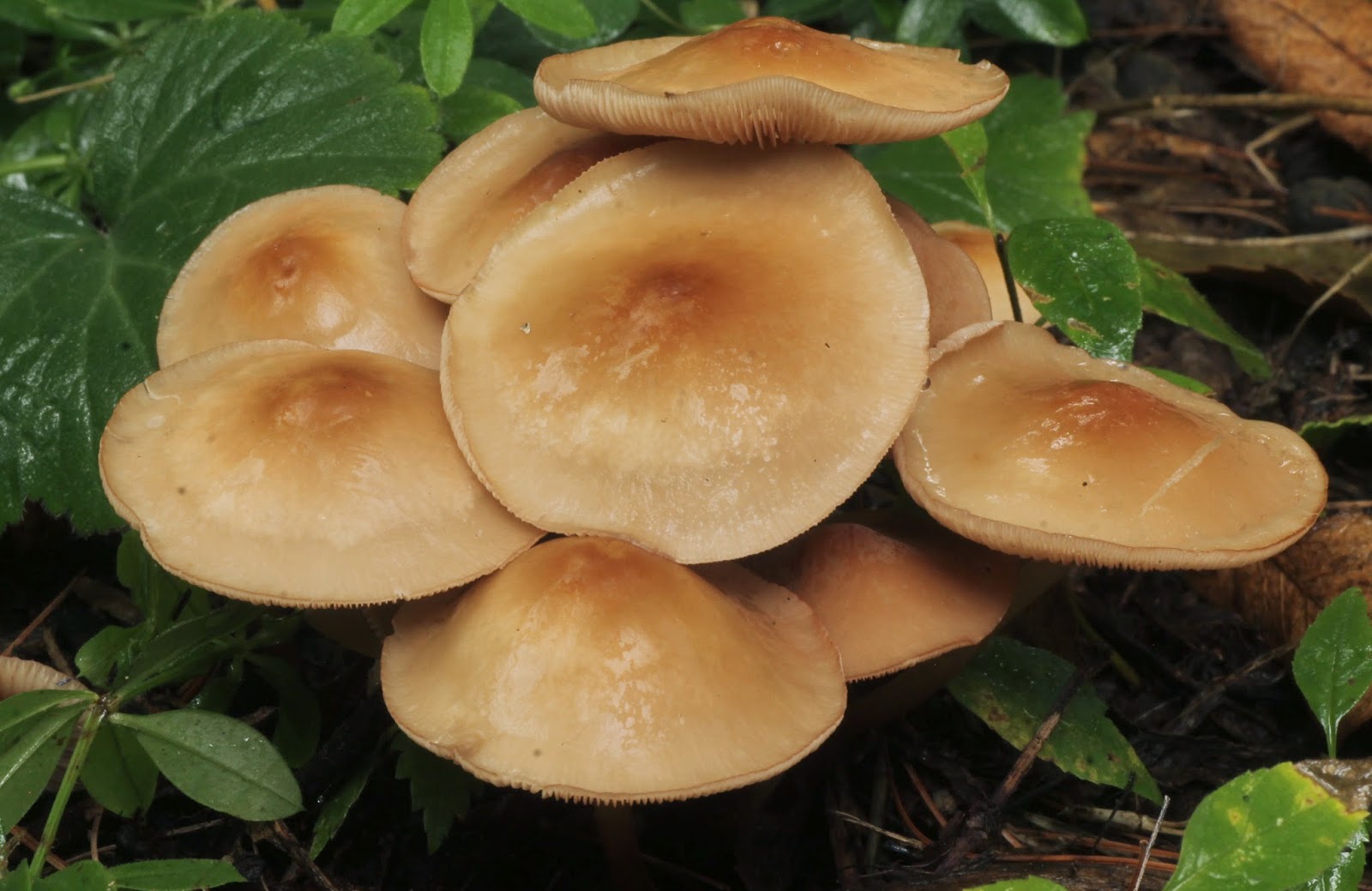 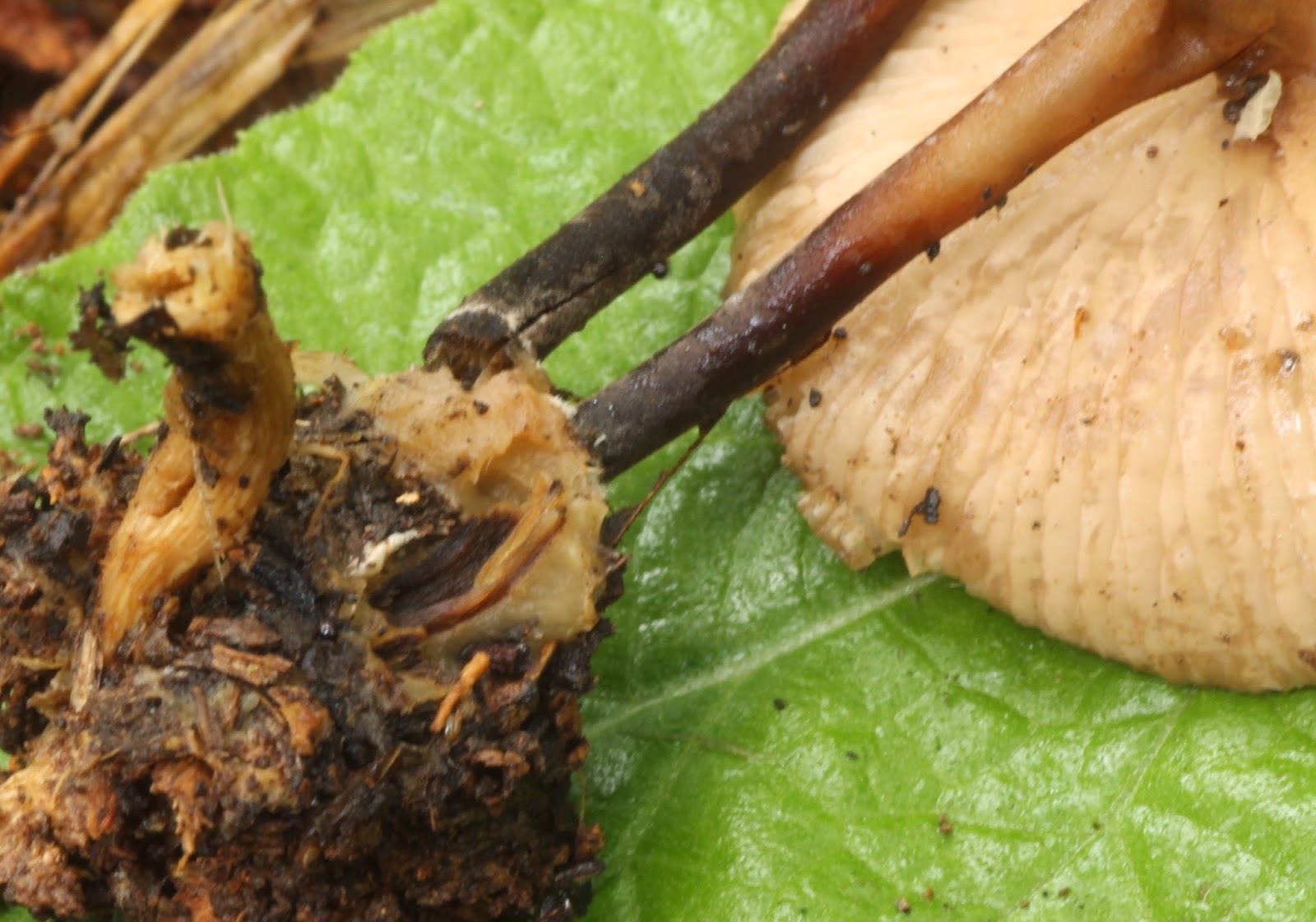 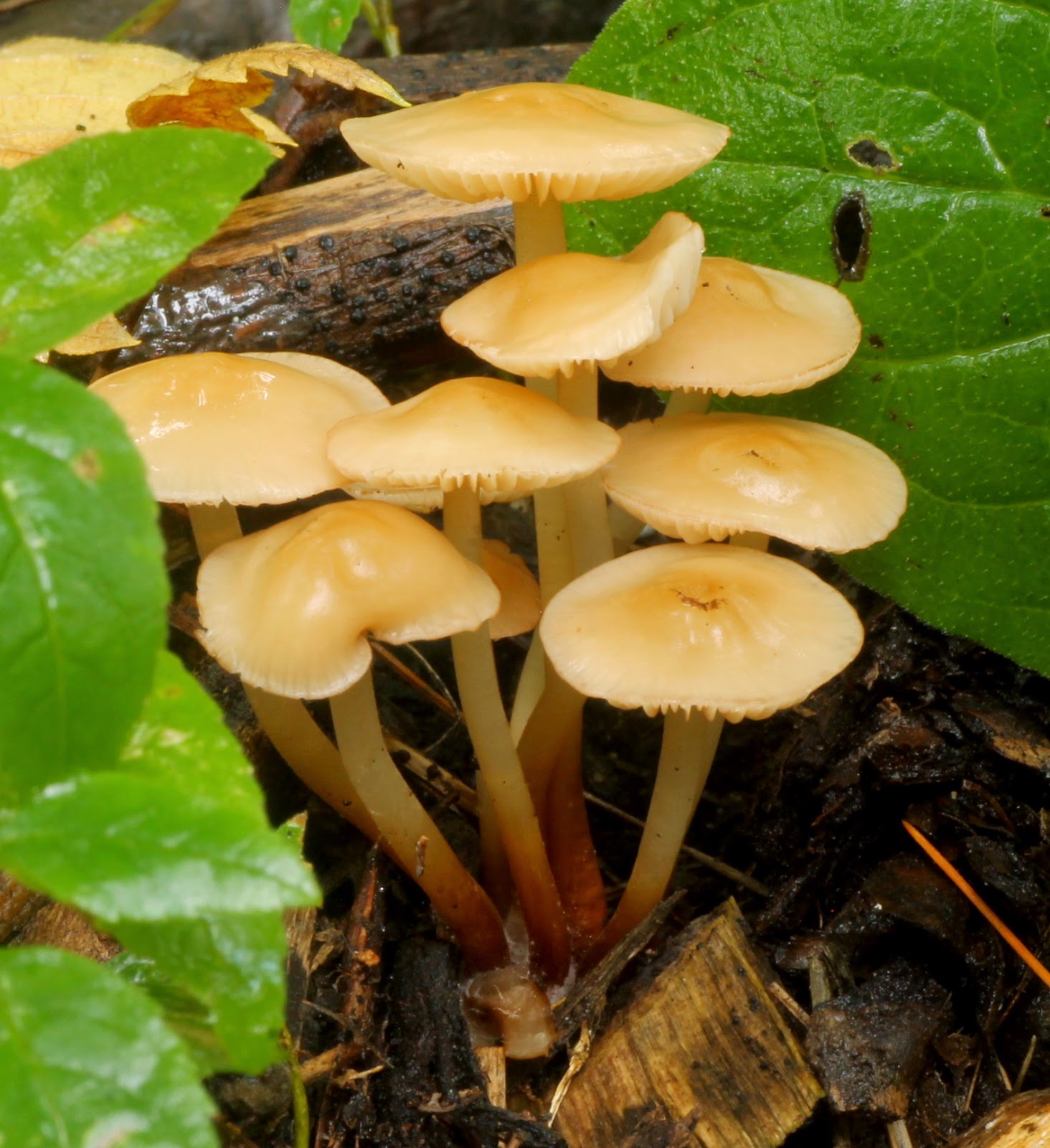 Some features I found helpful in separating this mushroom from other LBMs:
Clitocybe candicans 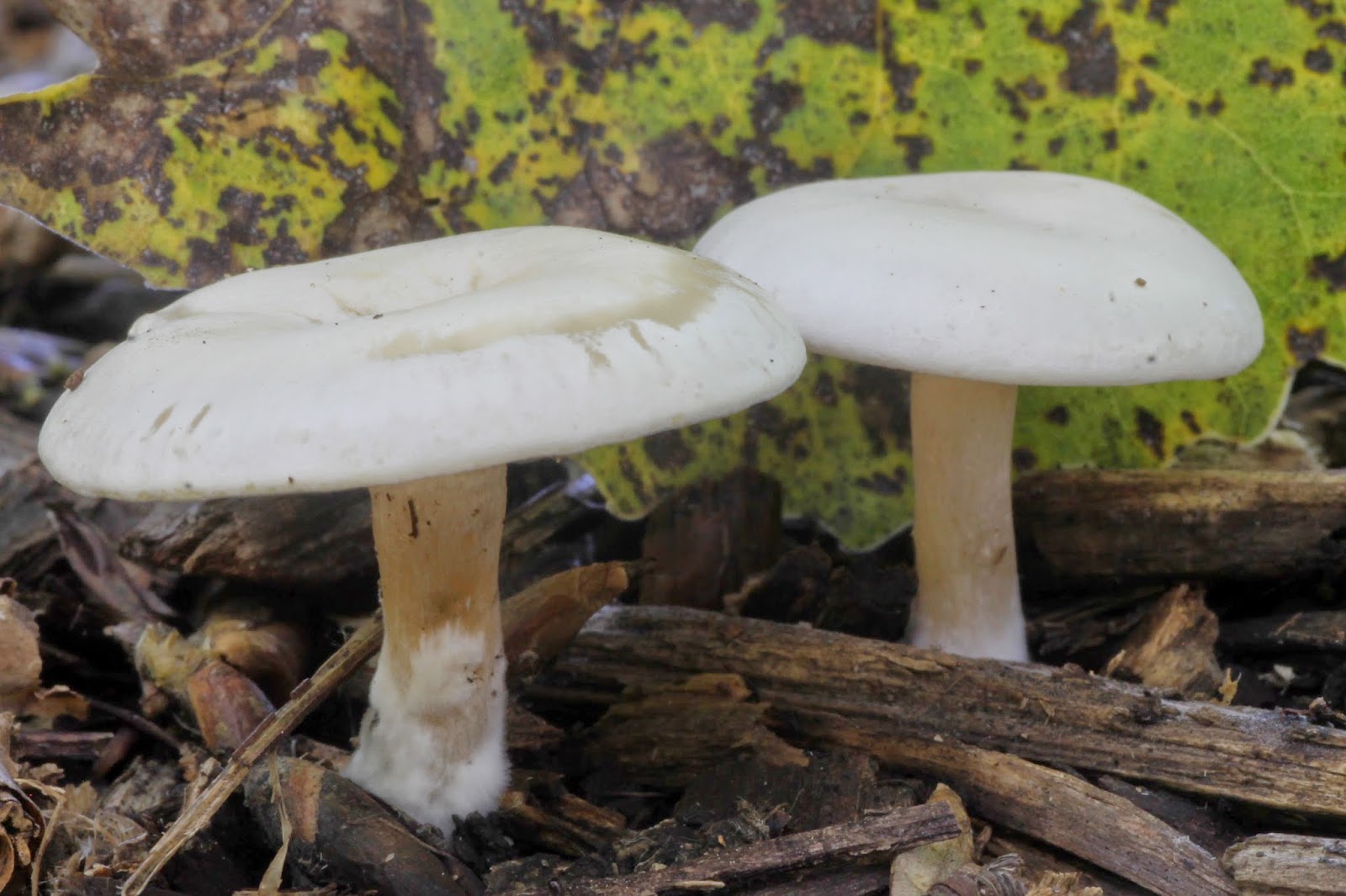 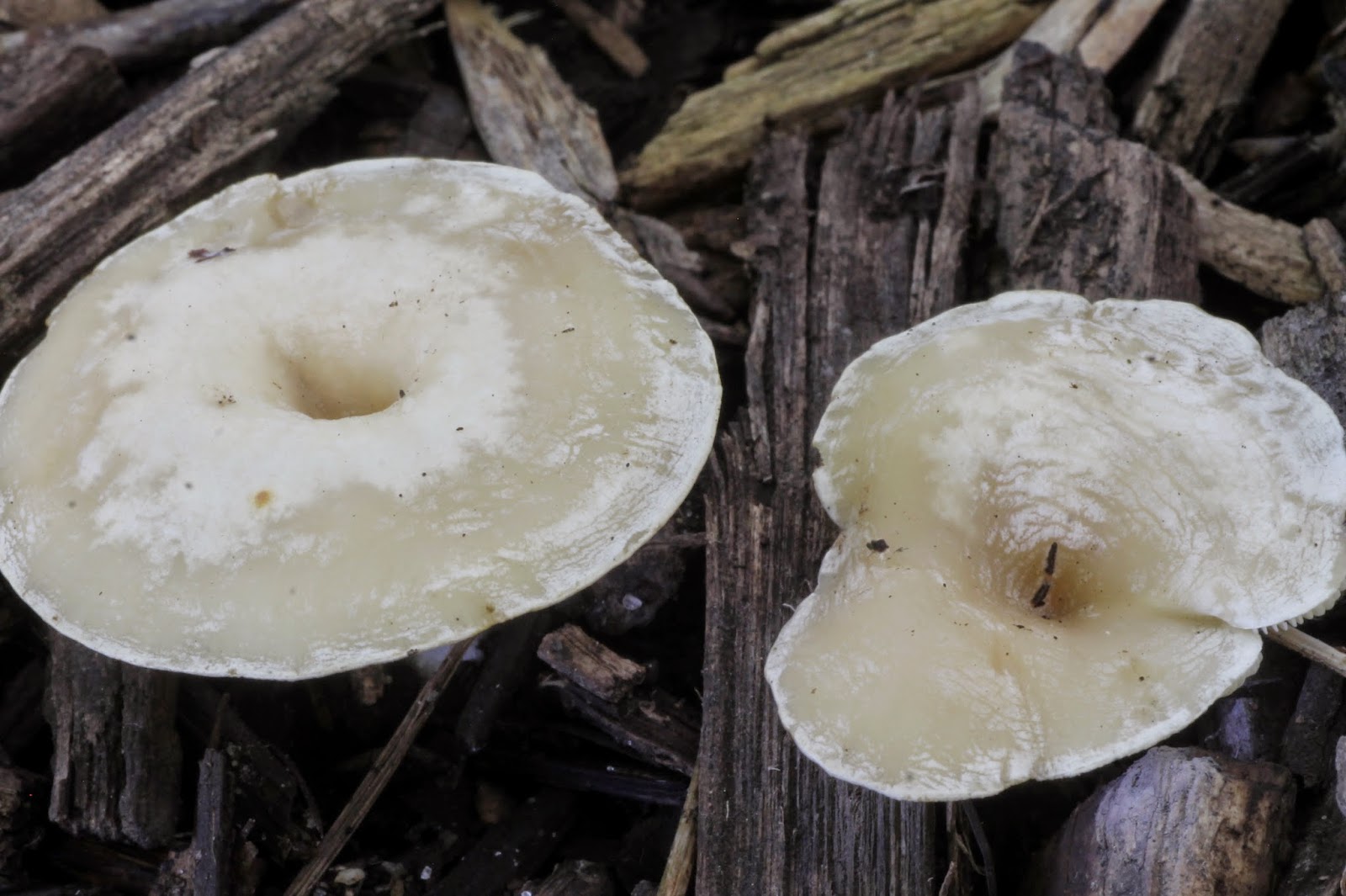 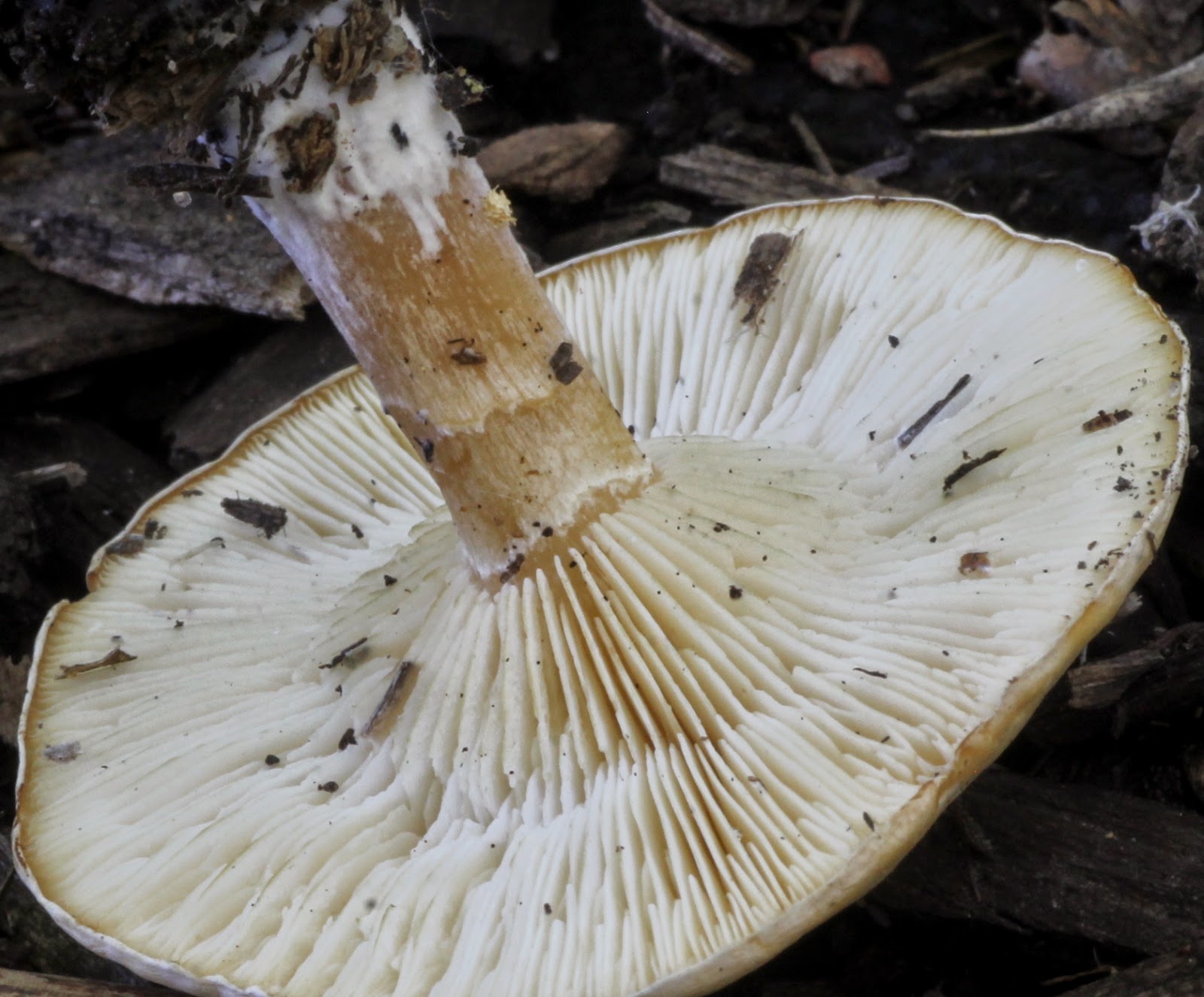 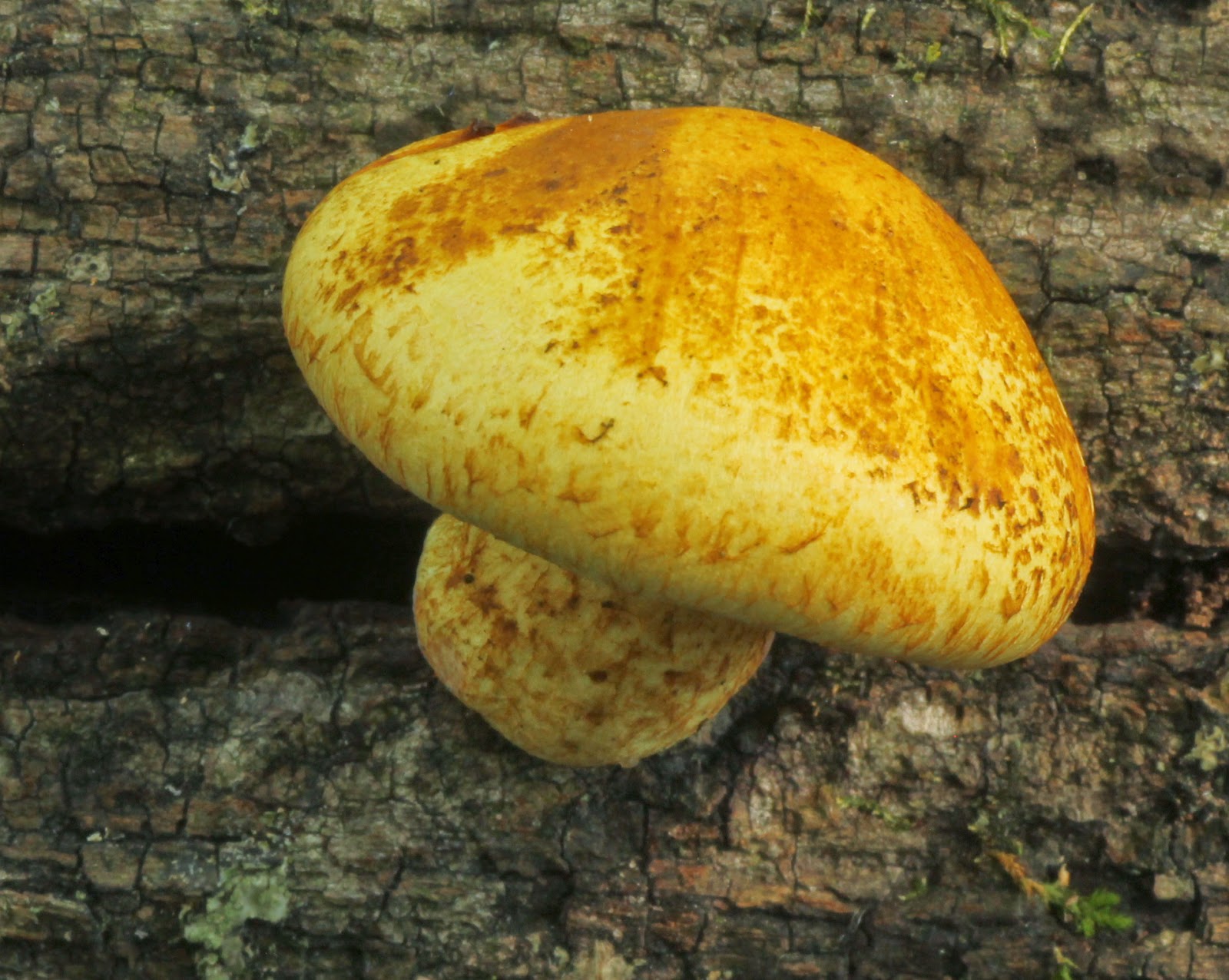 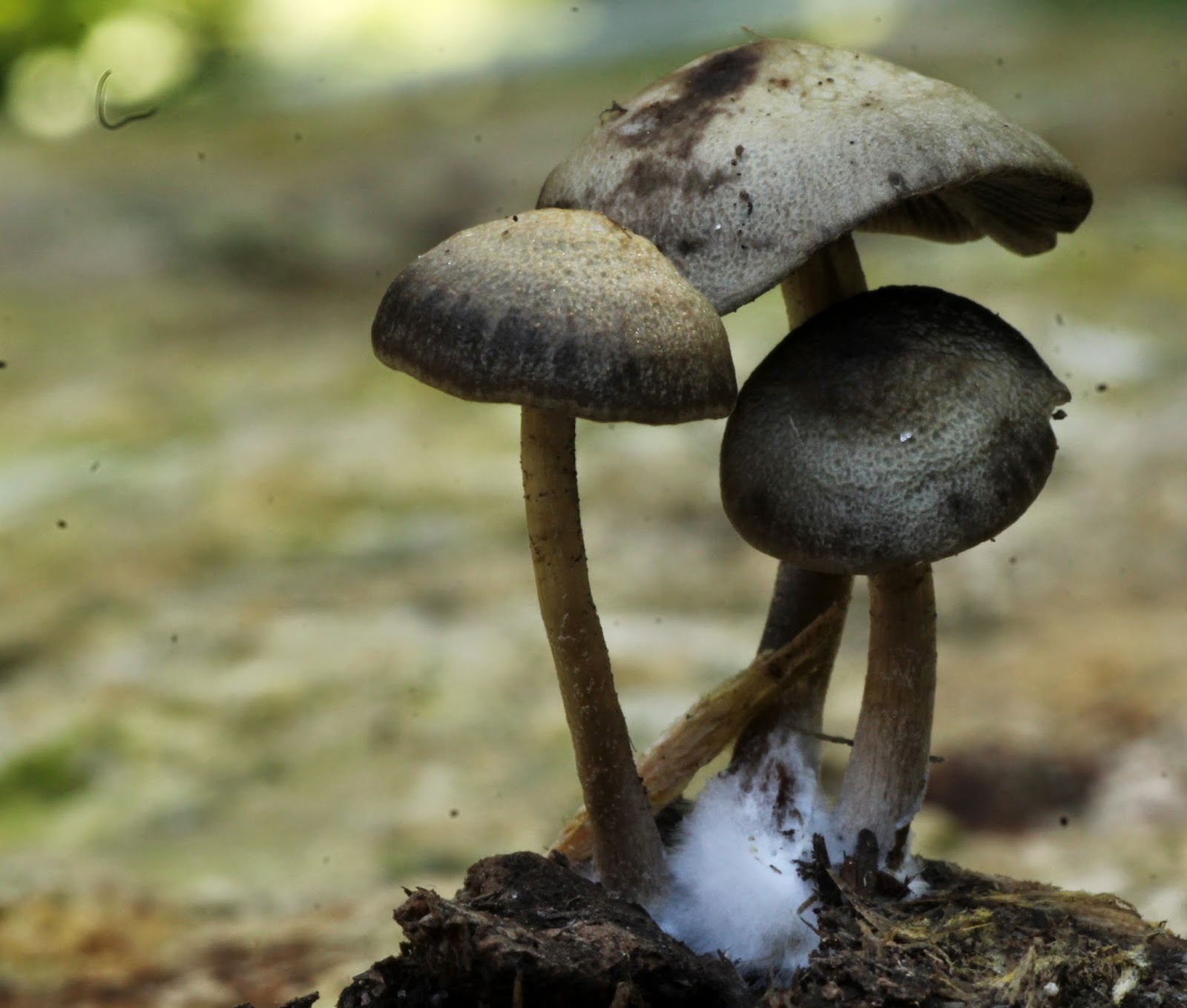 The black spore print and two-tone cap points towards these little mushrooms being members of the genus Psathyrella.  They were growing on a recently wood chipped trail. 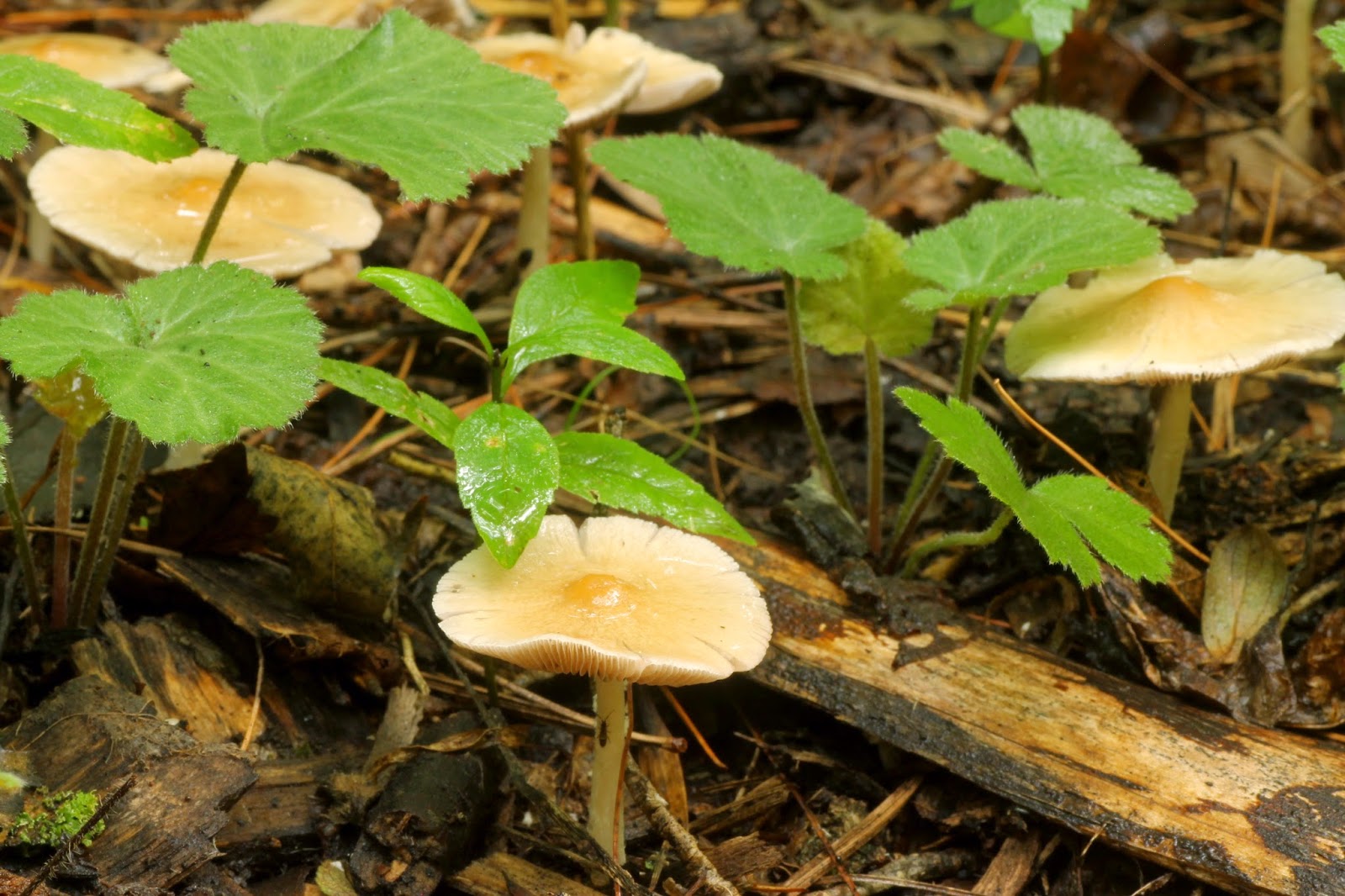 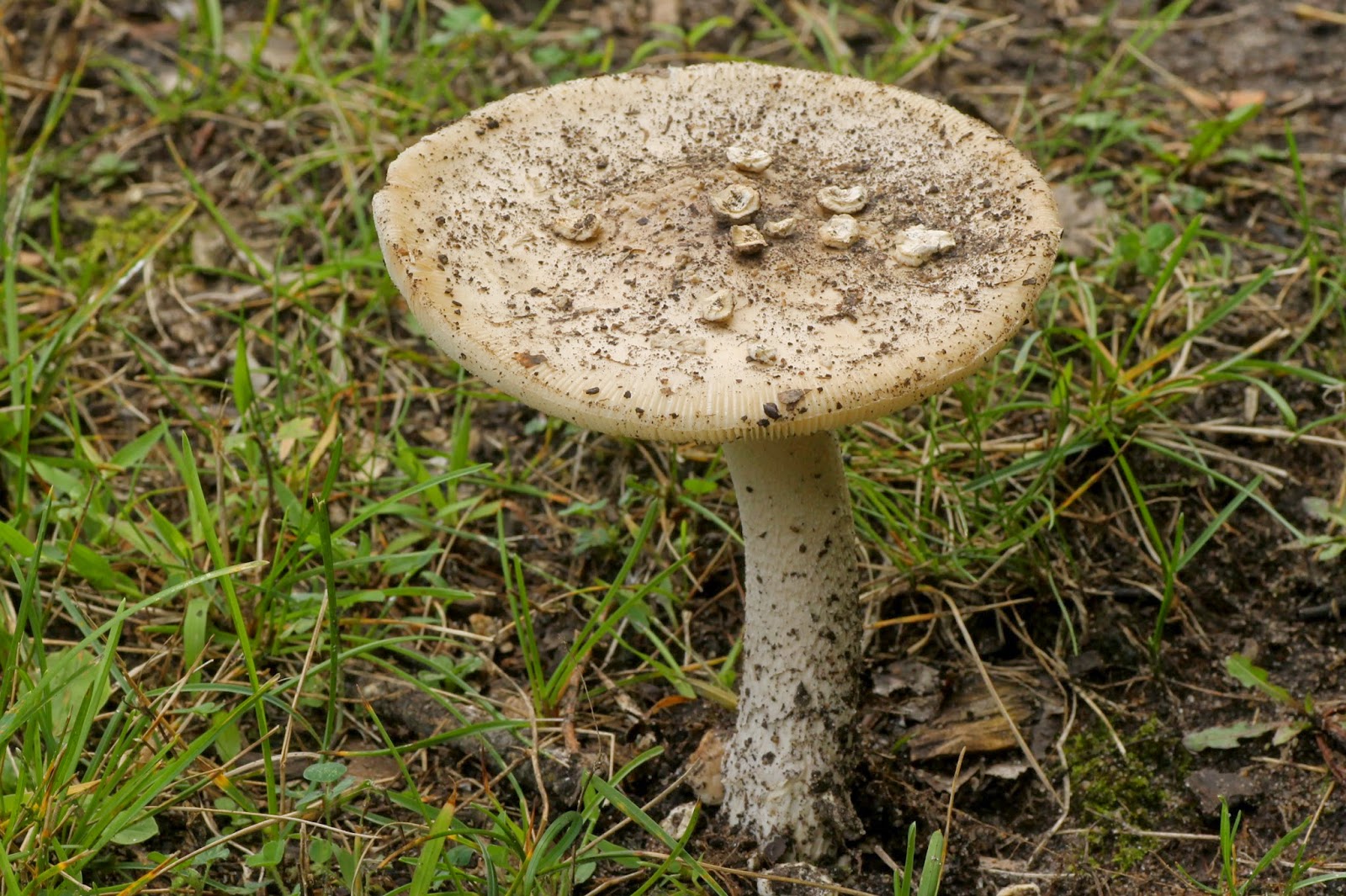