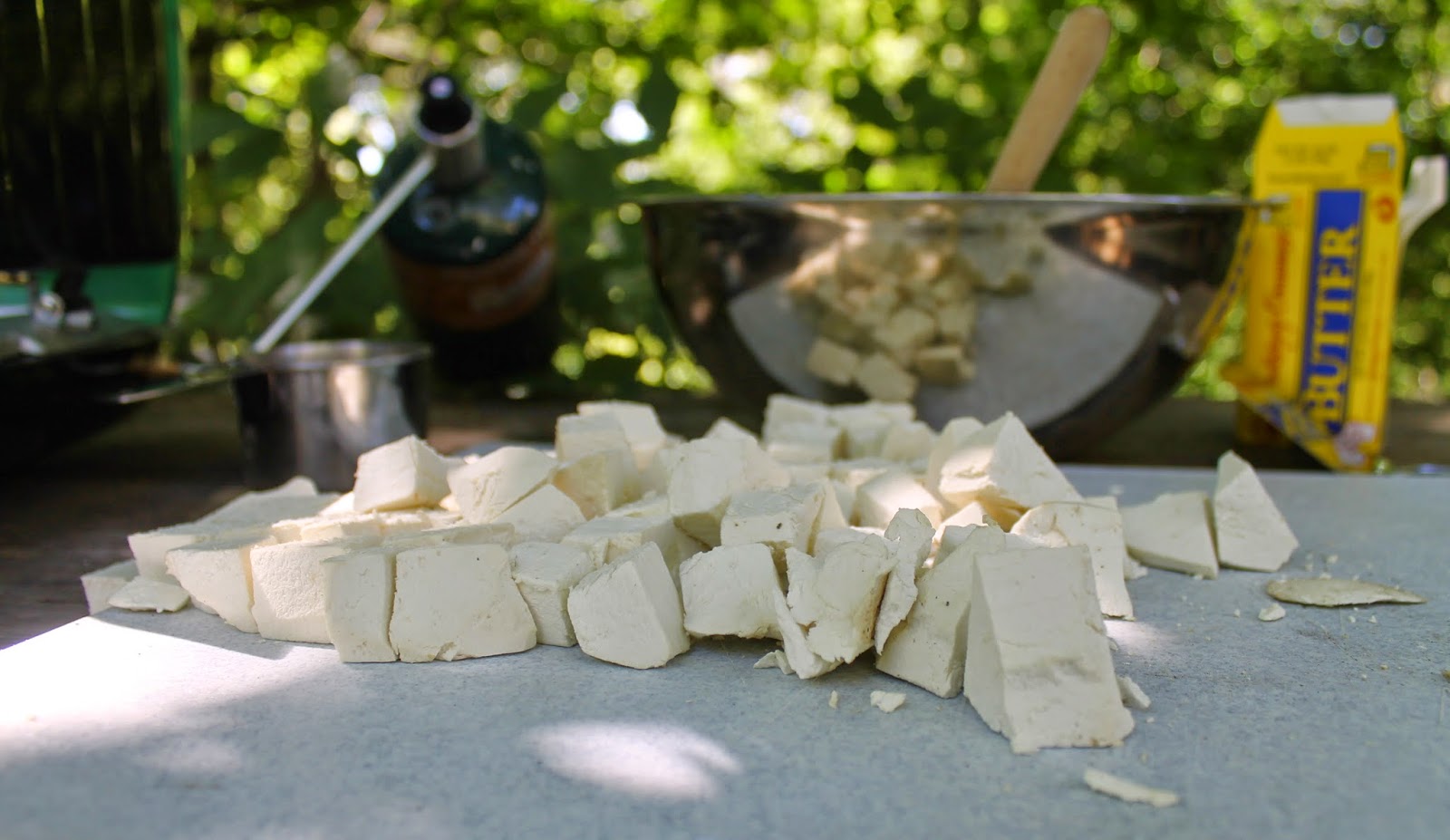 This weekend I lead a Family Mushroom Hunting program at Westwood Hills Nature Center.  On the agenda was mushroom sampling.  I didn't have much, some Morels (Morchella sp) and a Giant Puffball (Calvatia gigantea).  Though Giant Puffballs make quite an impression visually, I think they are pretty disappointing gastronomically.  So what to do to make it a crowd pleaser?

I started looking through the meager food supplies at the nature center; mostly left-overs from other programs.  Let's see, lots of ice cream forgotten by birthday party programs . . . a gallon or so of Taco Bell sauce, in individual packets . . . ketchup . . . hmm . . . nope expired last year . . .pasta sauce, not expired . . . ah, but already opened and moldy.  Lots of pancake mix left over from maple syrup programs . . . and lots of maple syrup.  Hey (picture a bioluminescent mushroom lighting up over my head)!  Puffball fritters dipped in maple syrup! 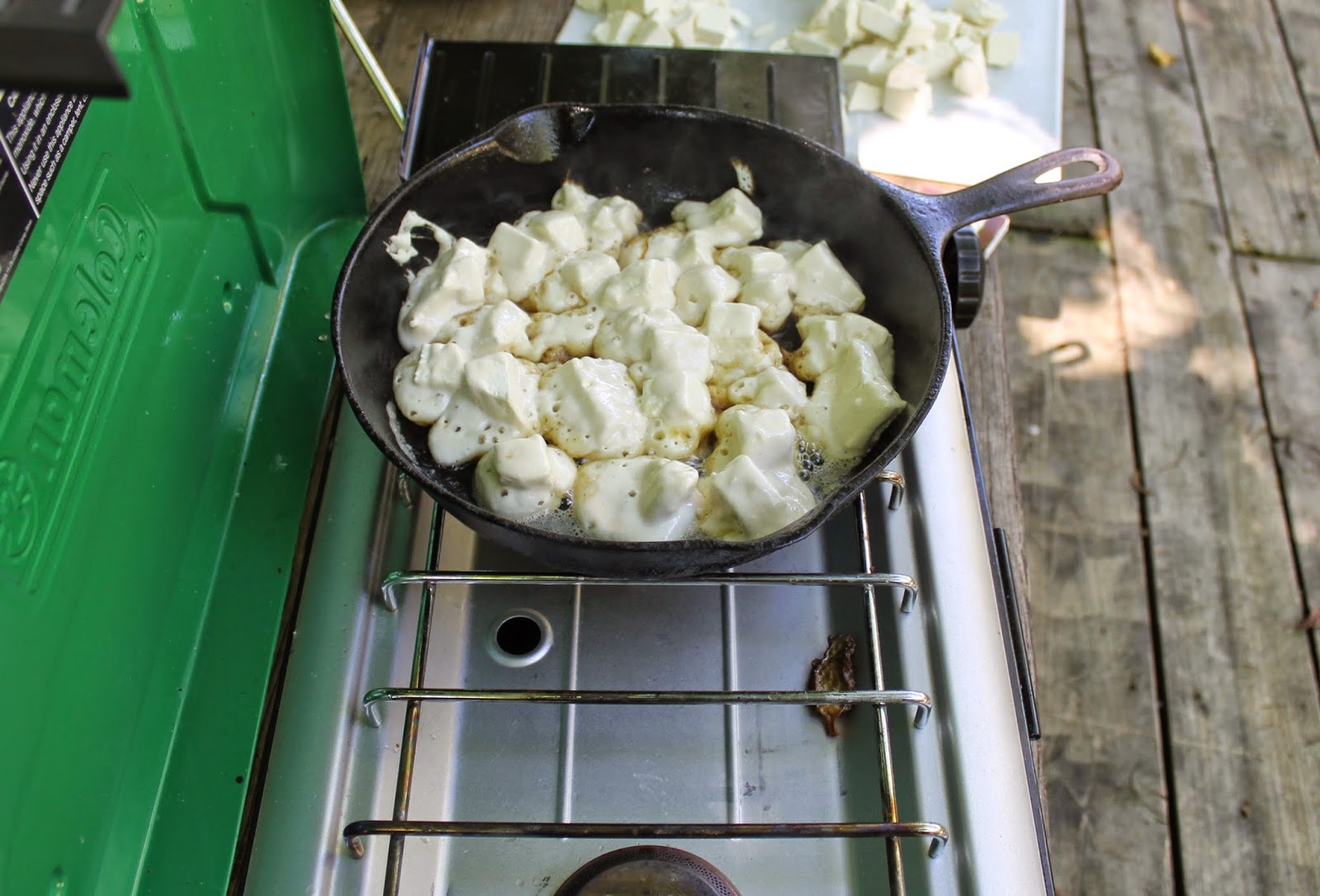 Thus begins the culinary adventure.  Above, puffballs dipped in batter, being fried in butter. 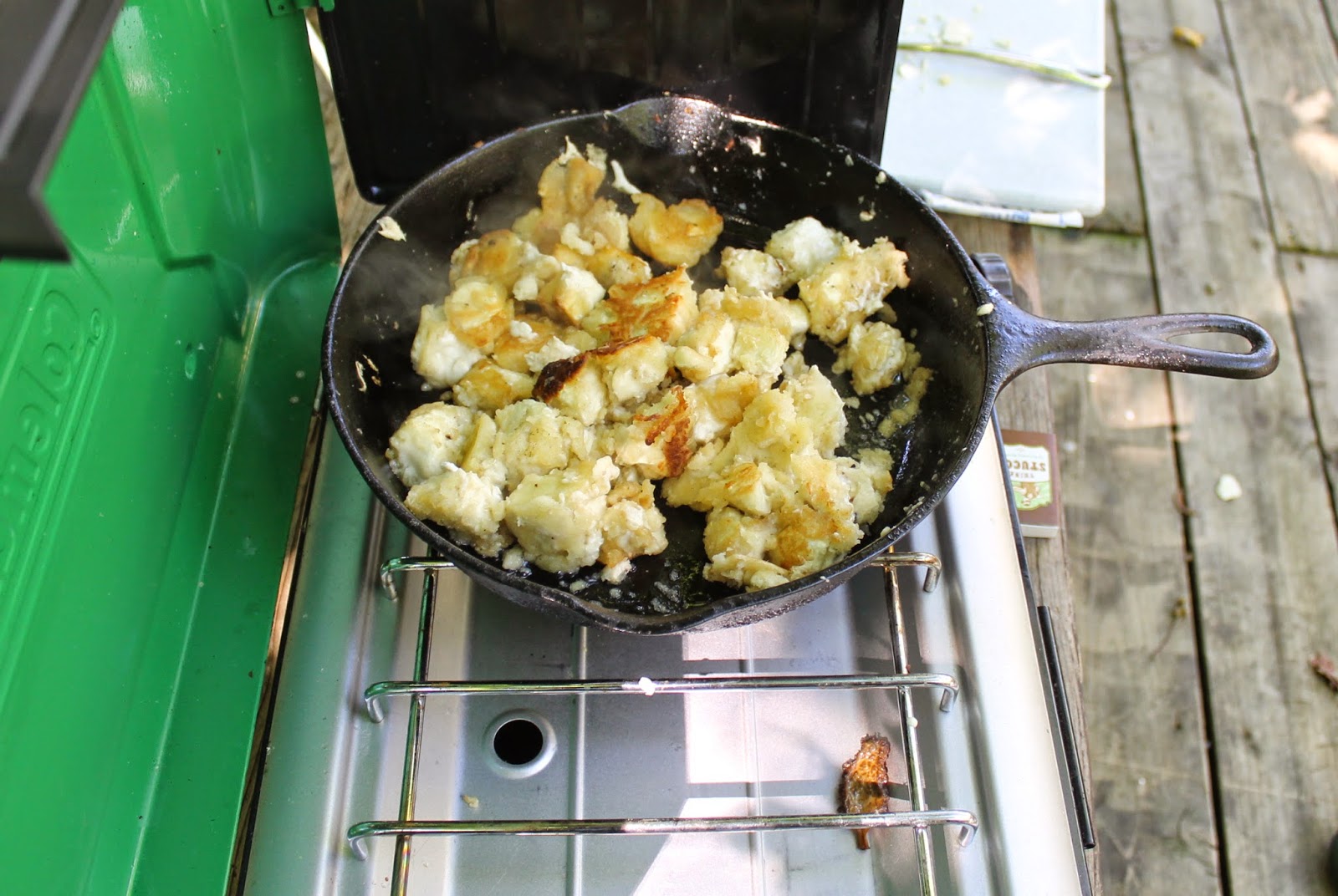 Browning in the butter.  Actually it was tough to get them browned on the camp stove, not a lot of control over temperature.  So they mostly got burnt, or just stayed kind of gooey. 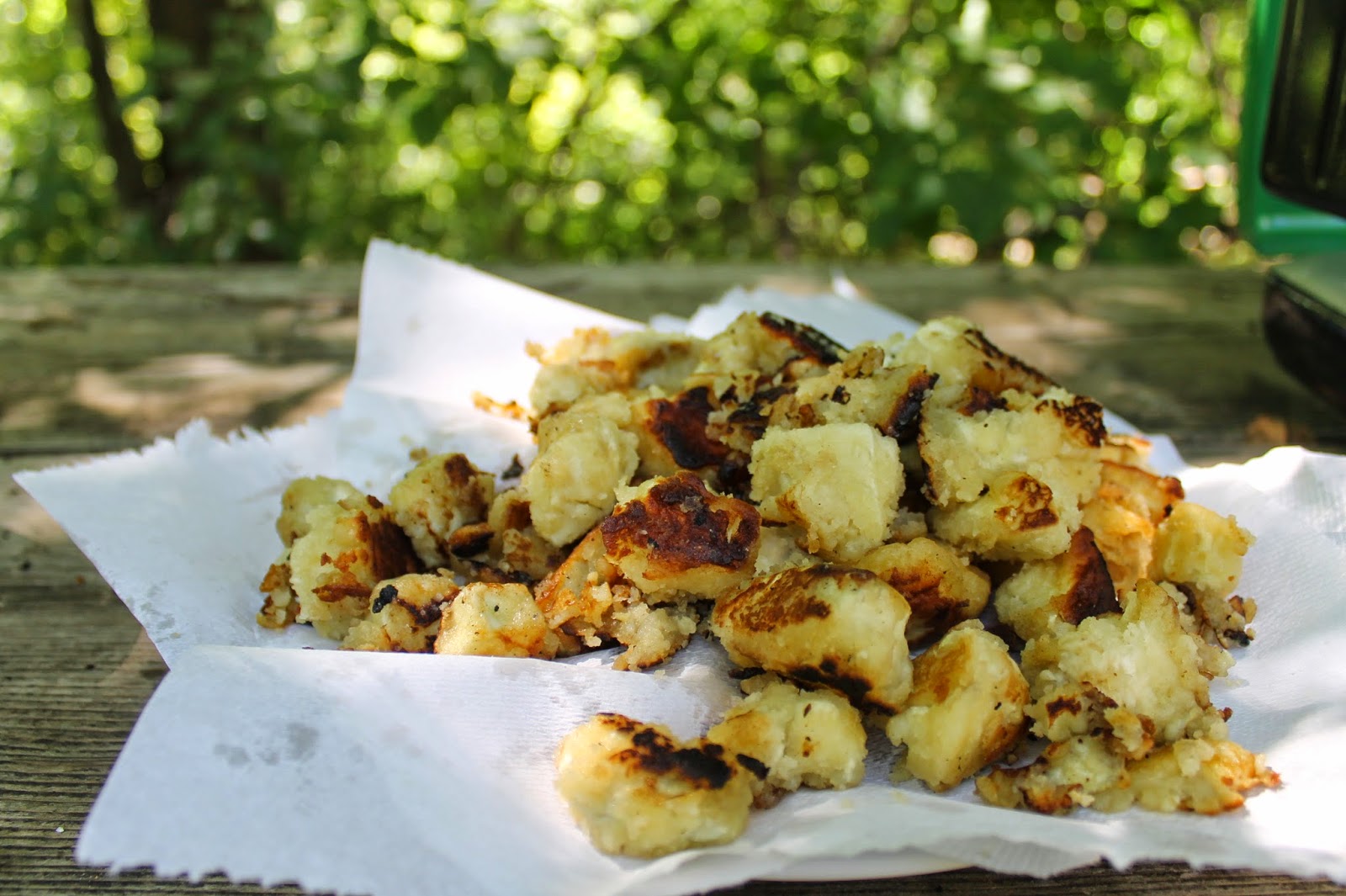 They looked ok, but I started having my doubts.  Have you ever had a dinner party, gotten the brilliant idea to try out a new, unusual recipe, maybe show-off your skills in the kitchen - only to realize as the guests arrived that this particular recipe probably should have been given a trial run; that you've created a minor food disaster?

I hesitantly prepared to try one, something about them emanated distastefulness.  Maybe like breading and frying a slug; it looks ok, but you know it's going to be gross.  I dipped it in some maple syrup. and bit in.  The syrup was good.  And the batter was good enough.  But than I got to the puffball part.  The taste was somewhere between moderately ok and mostly disagreeable.  And the texture was only a few degrees above that of green peas (which if you know me, you know green peas make me retch).  Now what to do, I had ruined half of my mushroom sampler!

Best to confess to my error and apologize.  I told the program participants the story, and that they didn't have to feel obligated to try a puffball fritter.  And that if they did try one, I wouldn't be offended if they spit it out.

So after a successful and enjoyable mushroom hunt and id session we went inside for the sample plate.  I waited nervously, but noticed that people seemed to be enjoying the puffball fritters, and to my disbelief, went back for seconds!

In the end, the puffball fritter dish was empty, the crowds left pleased, and I was relieved that all had turned out well.  And oddly enough, there were a few morels left over. 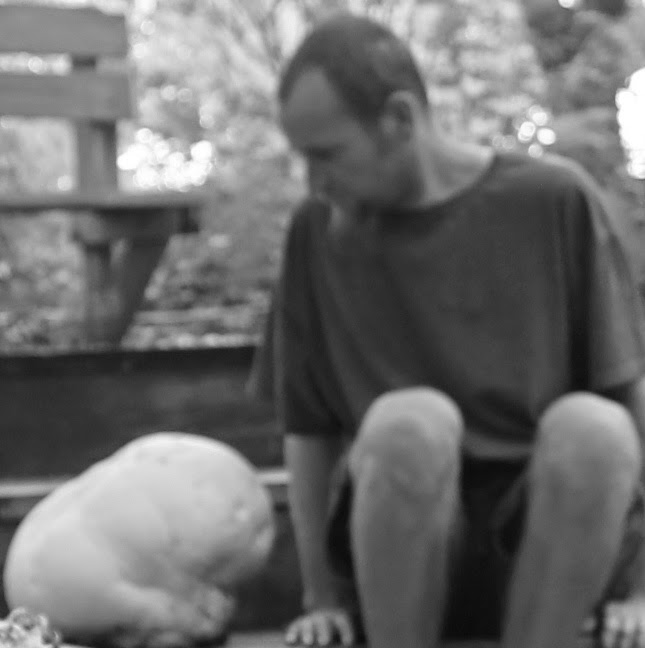