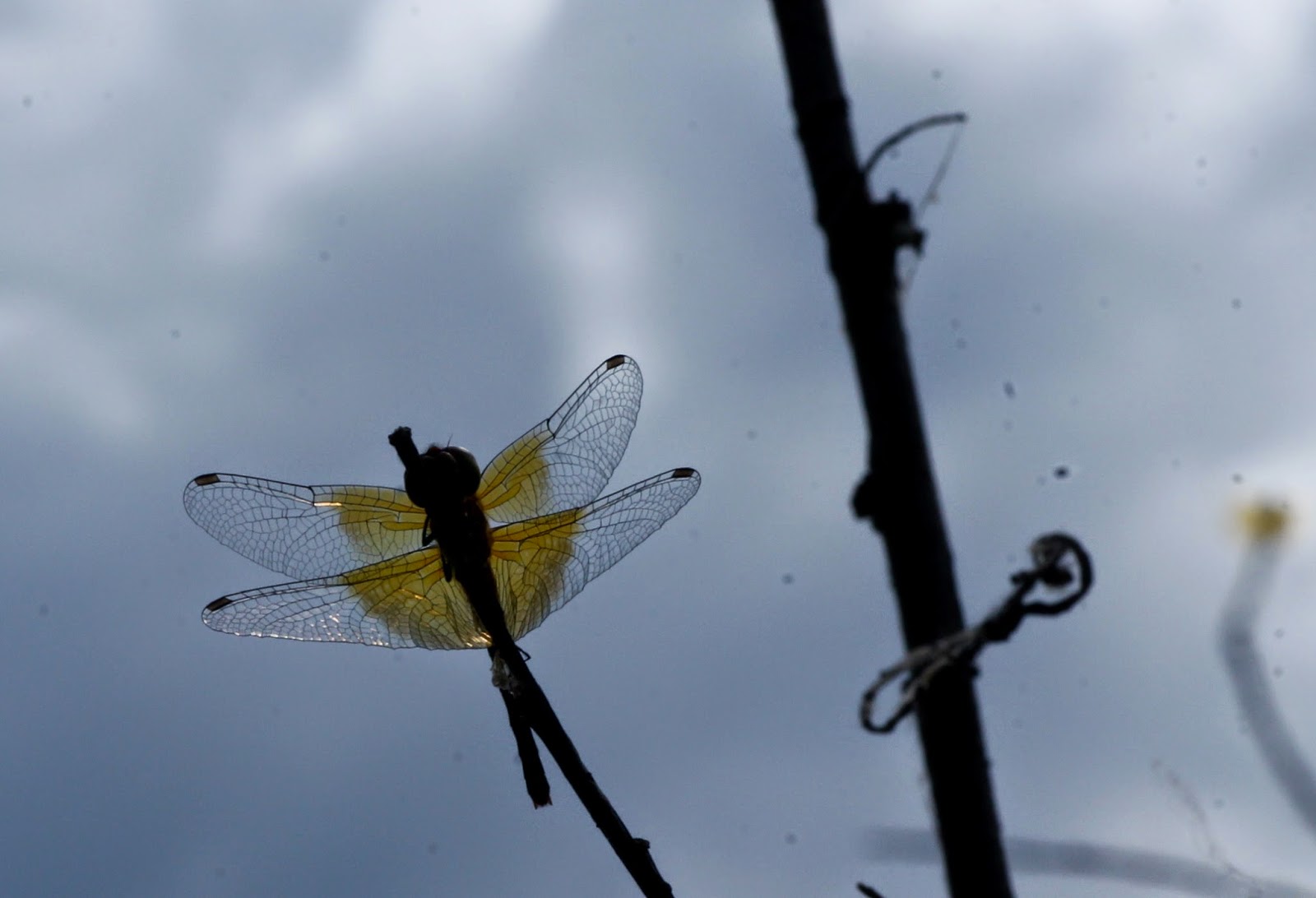 There was a big hatch of these Band-winged Meadowhawks, Sympetrum semicinctum over the 4th of July weekend at Westwood Hills Nature Center. I don't think I've seen this particular dragonfly before; I wonder if there is an unusually big hatch this year, or if I've just never noticed them before (and not just me, two other acquaintances have noted their appearance this year.  Or maybe it’s some of both.  Here are some relevant facts from the guide books I consulted.
·         it is a relatively uncommon dragonfly, and usually occurs in small numbers, unlike other meadowhawks
·         it is very susceptible to predation by fish
·         it does not compete well with other dragonfly larva
·         it often lays eggs above the water line in vegetation, which over-winter, and hatch the next spring when water levels rise with melting snow and rains.
We’ve has a couple of cold, snowy winters in a row, which has led to a very low fish population at Westwood lake.  It was also a very wet spring, with higher than normal lake levels, so maybe a higher percentage of Band-winged Meadowhawk eggs ended up in the water this year to hatch and develop.  The expanded habitat may have also led to less competition with other dragonfly larva.  So perhaps Band-winged Meadowhawks have been present at Westwood in very low numbers, but the combination of cold winters and a very wet spring created very favorable conditions for this dragonfly to thrive and appear in large numbers this year.  Perhaps. 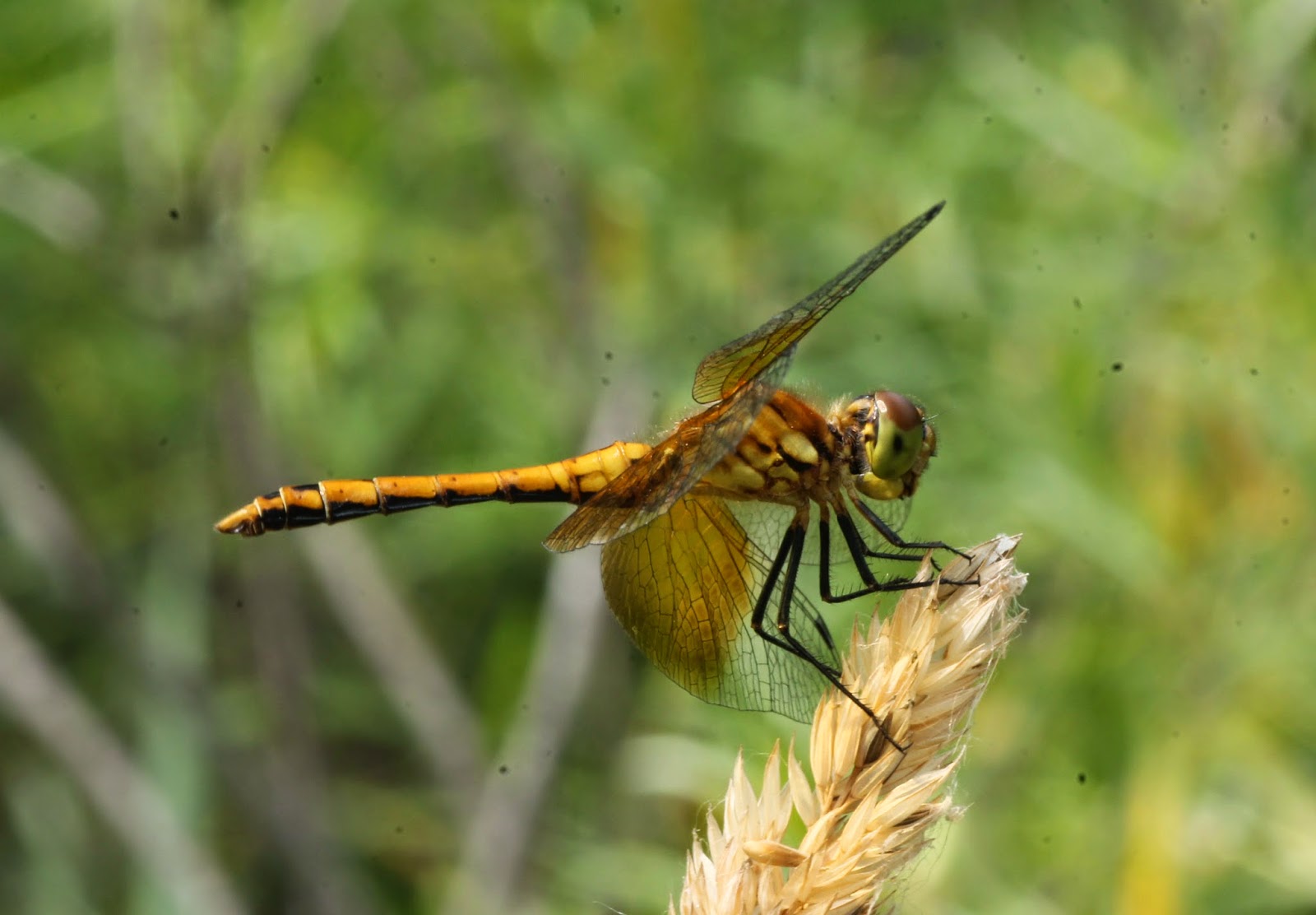 With the amber patches on all four wings, it's a fairly distinctive dragonfly. Most species of meadowhawks are often difficult to identify to species, though as a group they are pretty easy to recognize. They are smaller dragonflies that often perch horizontally, with their wings held slightly forward.   Males are generally red, and females are a yellow-orange.

You might find in some sources that this dragonfly is split into two separate species, S. semicinctum and S. occidentale, or the Western Dragonfly.  The Western Dragonfly is often further split into a number of subspecies.  The latest studies seem indicate that while there are geographical variations in these dragonflies, there aren’t enough differences to warrant a split into separate species.
Posted by 11 at 7:03 PM