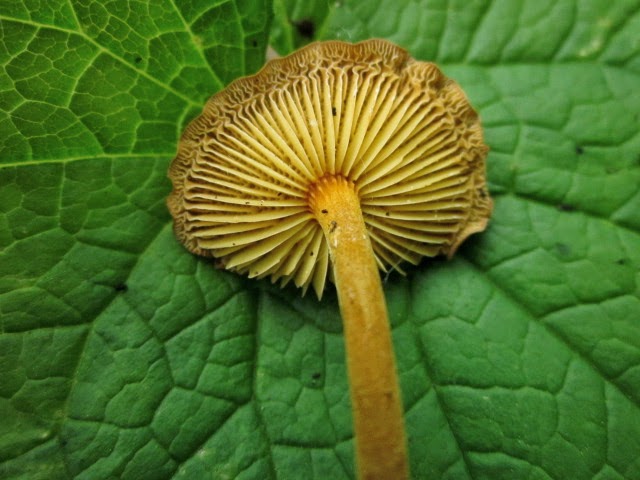 I've misidentified these mushrooms as Velvet-foot Mushrooms, Flammulina velutipes in past posts, but I was never entirely confident that was correct.  It's superficially similar - an orangish mushroom growing on wood.  One feature unique to the Cross-vein Mushroom is the gills growing crosswise to the main gills, visible in the picture above if look. 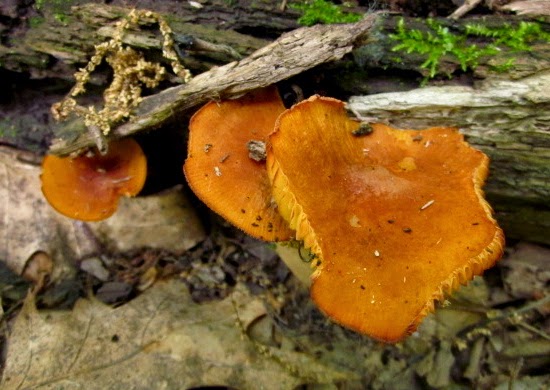 Overall, its more "leggy" than the Velvet-foot.  This feature led me to believe that they were Velvet-foots past their prime.  And the Velvet-foot usually grows in tight clusters from stumps, the Crossgill grows along the sides of logs in looser groups (in my experience). 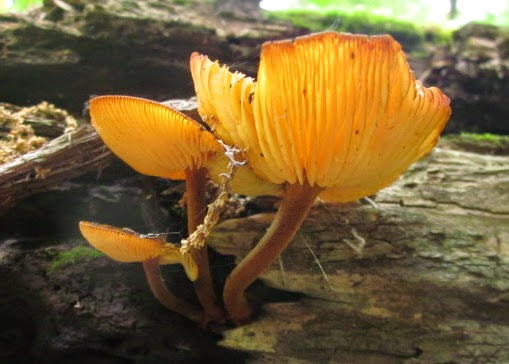 Both mushrooms have velvety stems which contributed to my confusion.  Plus X. tenuipes is not a common field guide mushroom, so it took some extra research to find it. 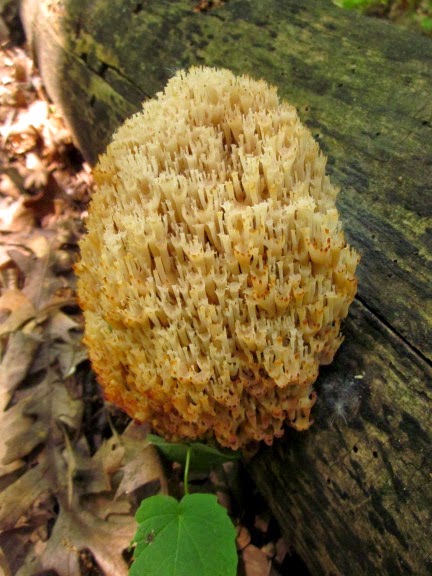 One of the few coral-shaped mushrooms that grows on wood.  It's edible, I think I'd like to try it in a hot and sour soup. 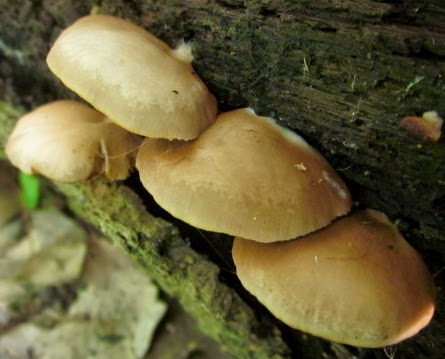 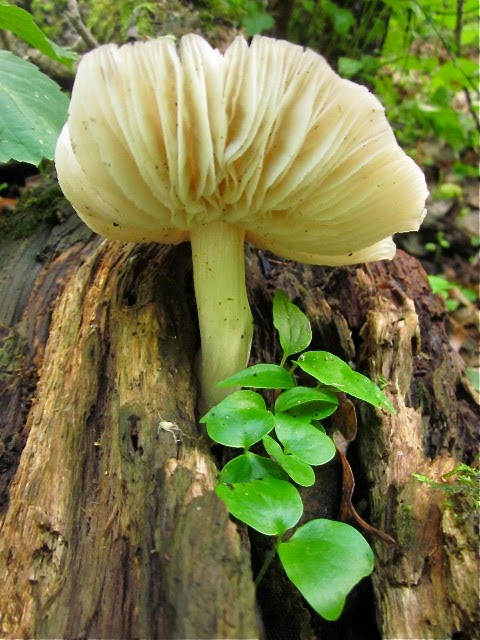 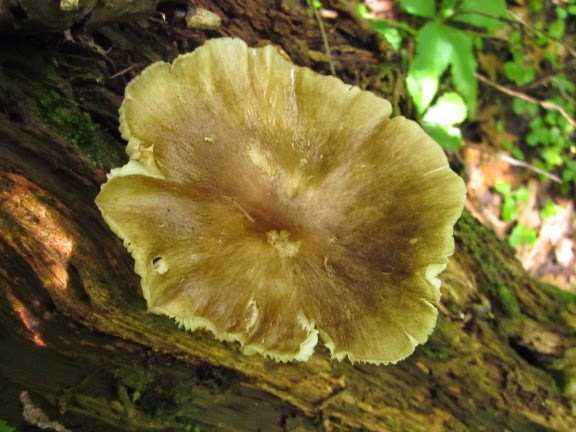 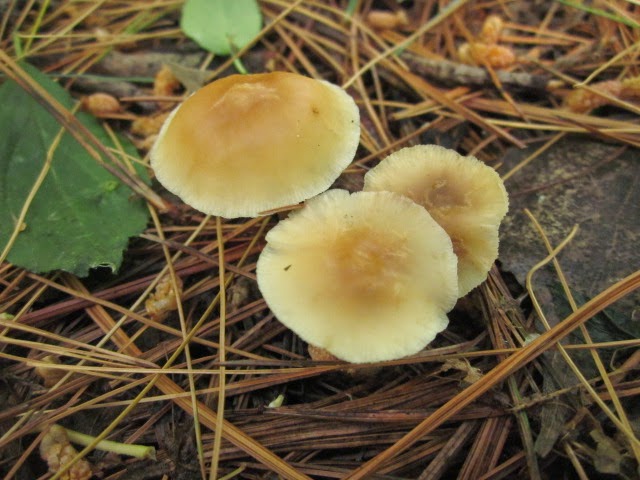 I usually like to include a common name for mushrooms, to facilitate casual conversation (that's what we do with other forms of life).  But the typical common name, Oak-loving Collybia given for this mushroom just doesn't work.  For one, they can be found associated with other trees, these were under White Pines.  And second, the name Collybia references an older genus name given for this mushroom. 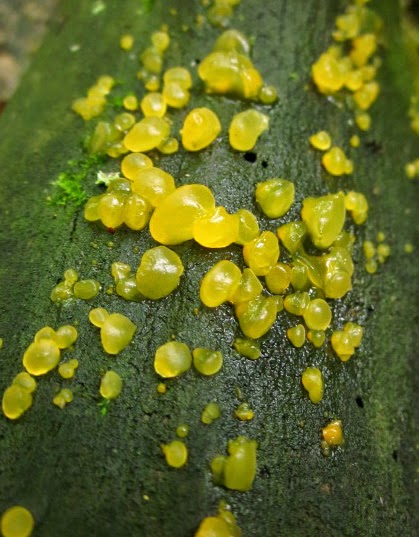 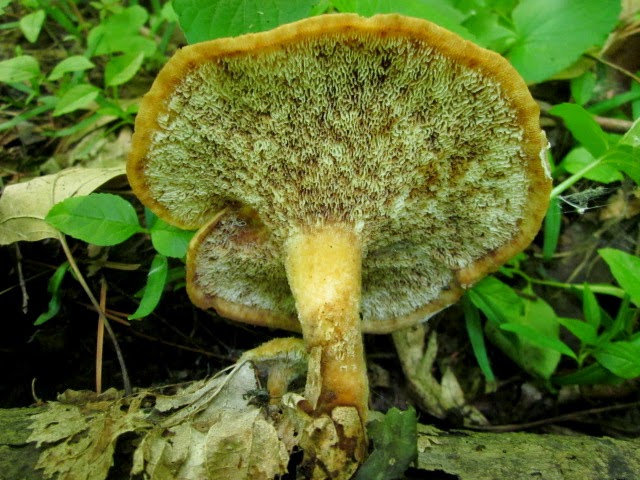