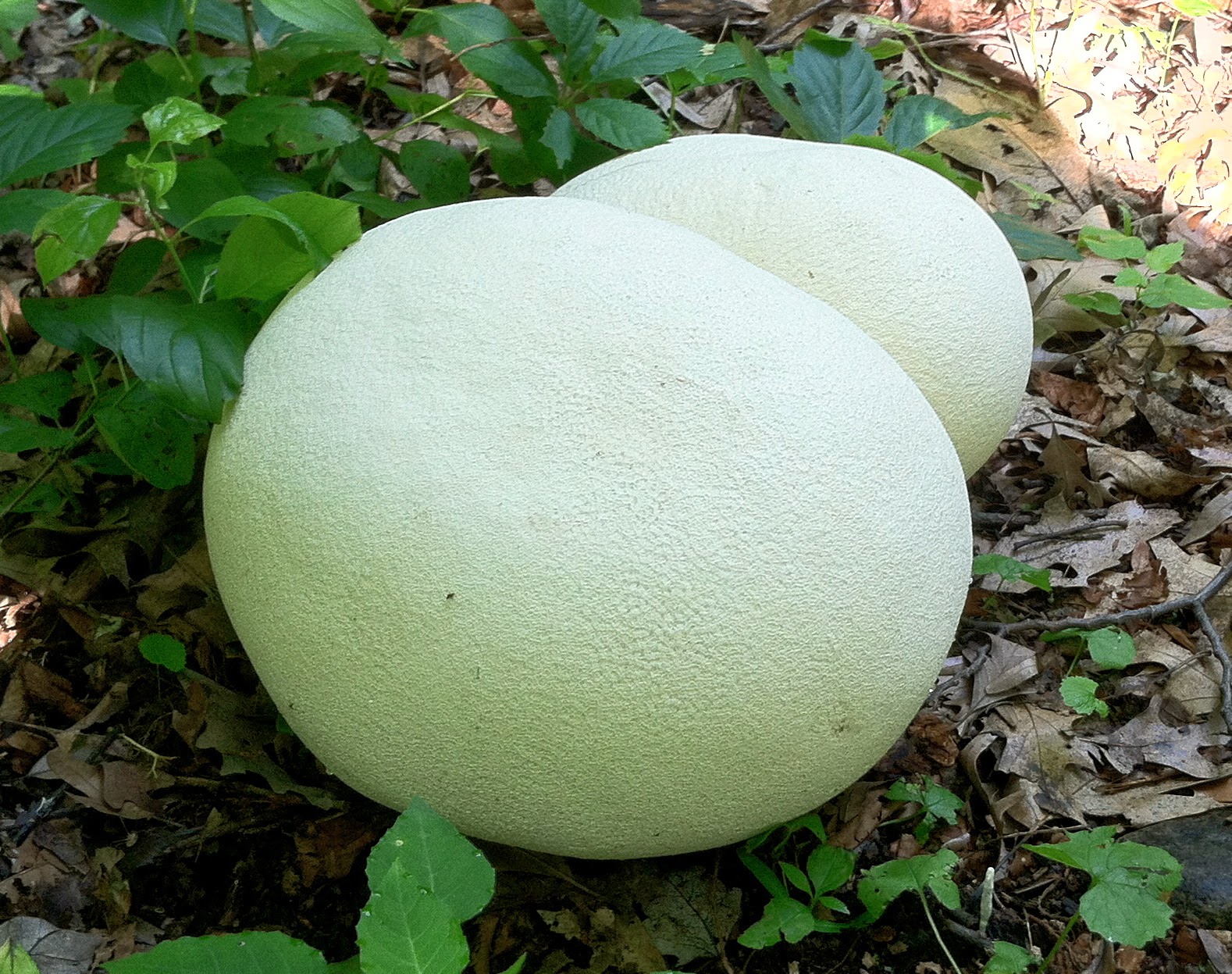 I don't think I've ever seen Giant Puffballs this early in the season. 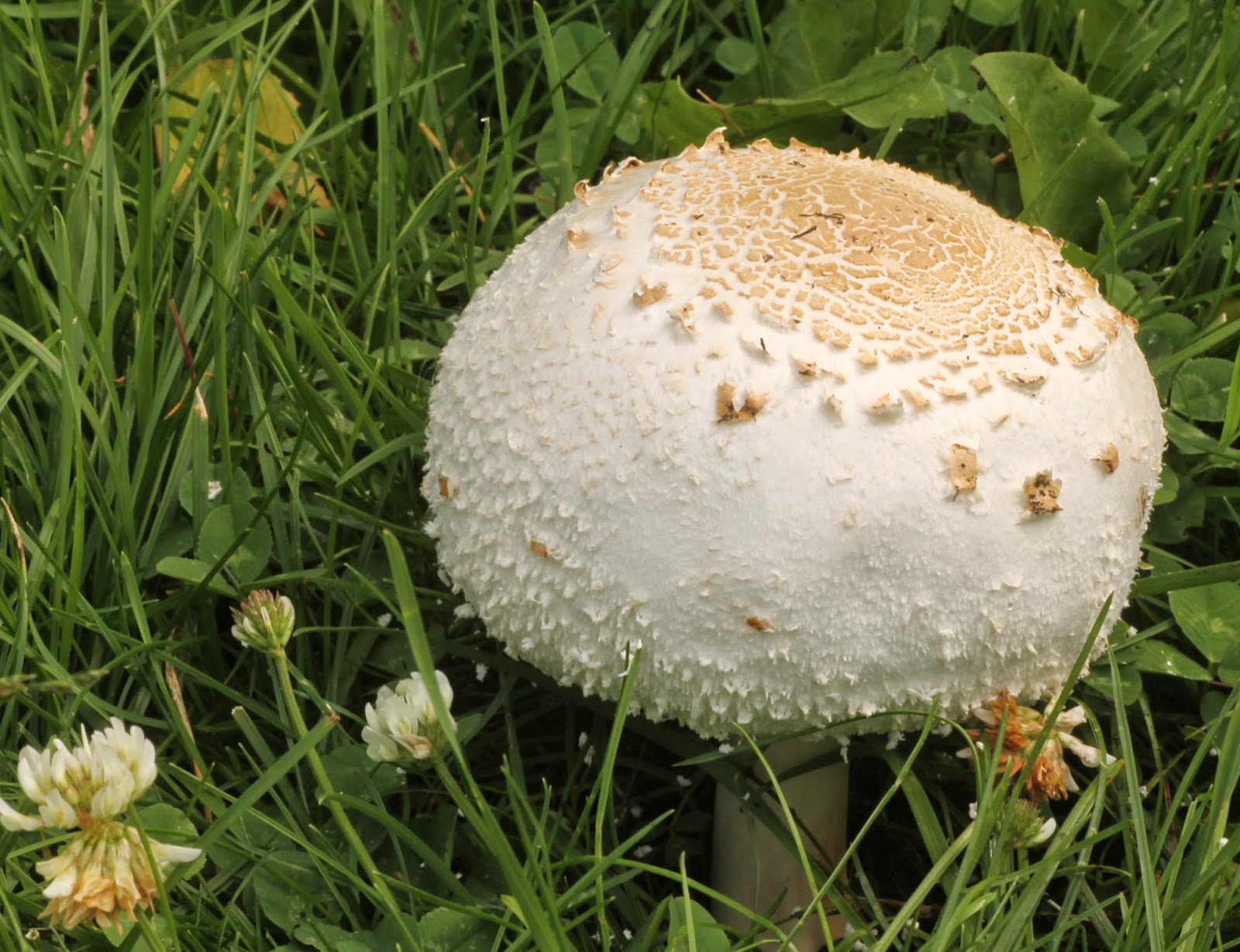 A pictorial tour of some of this poisonous mushroom's features. 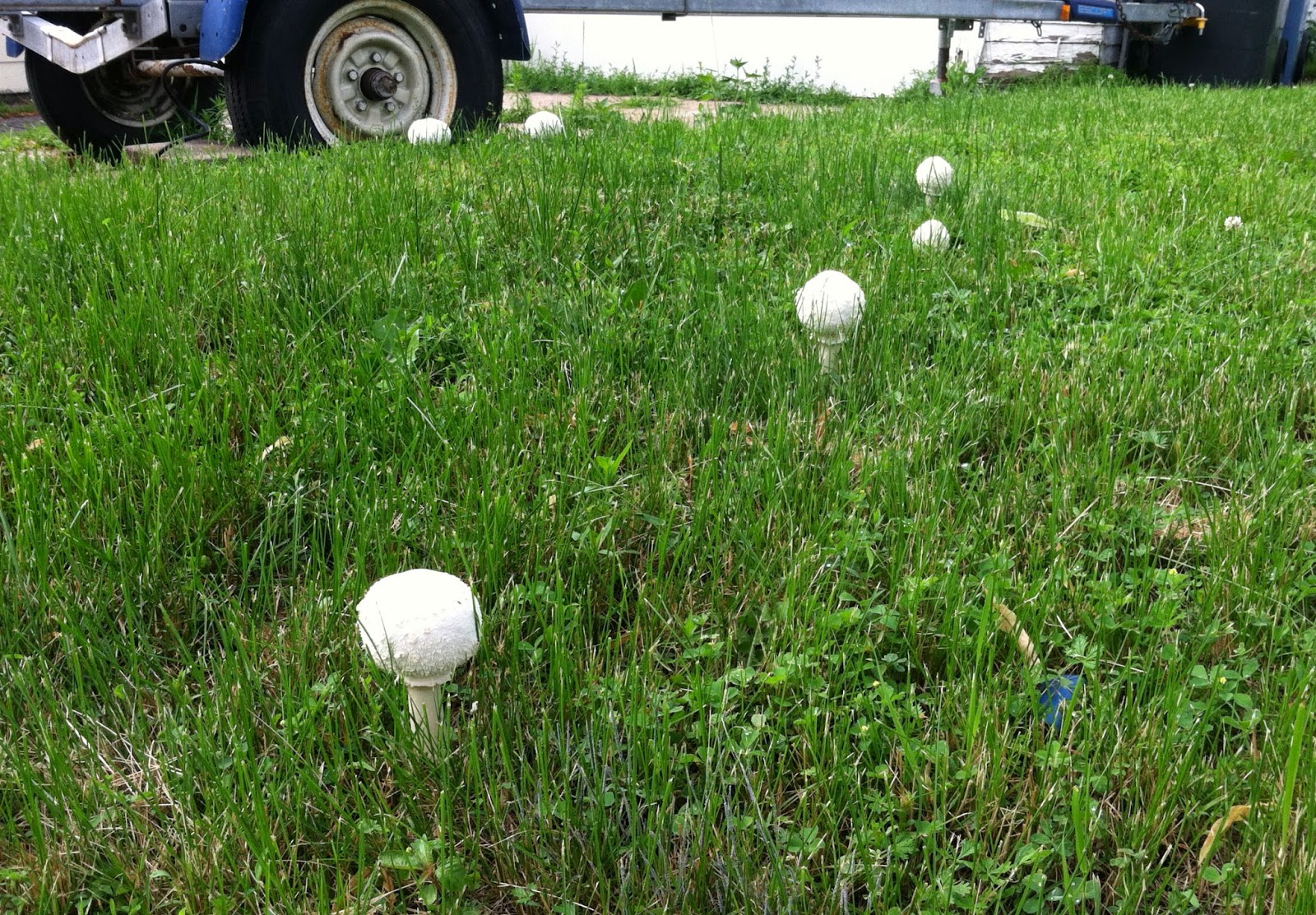 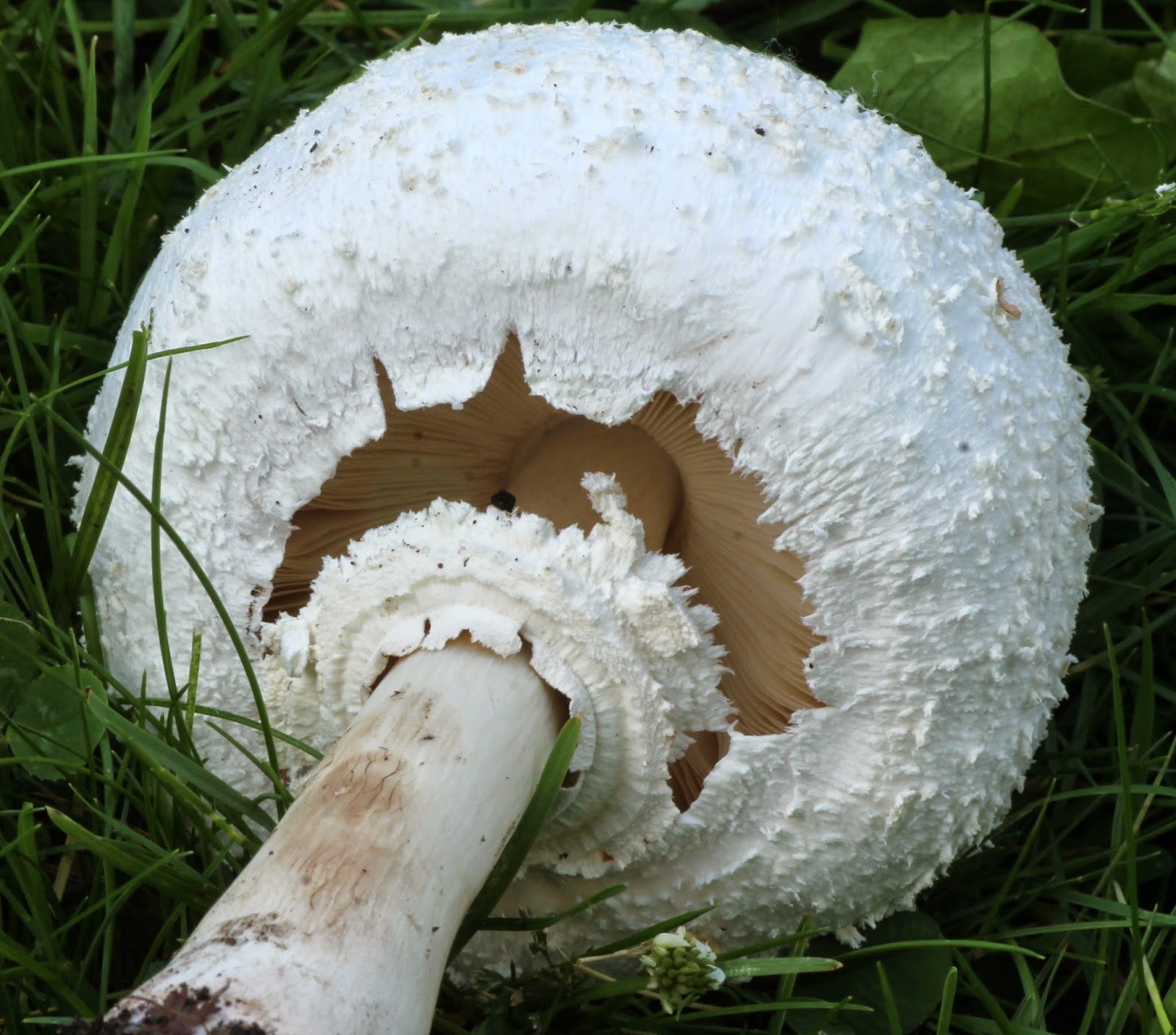 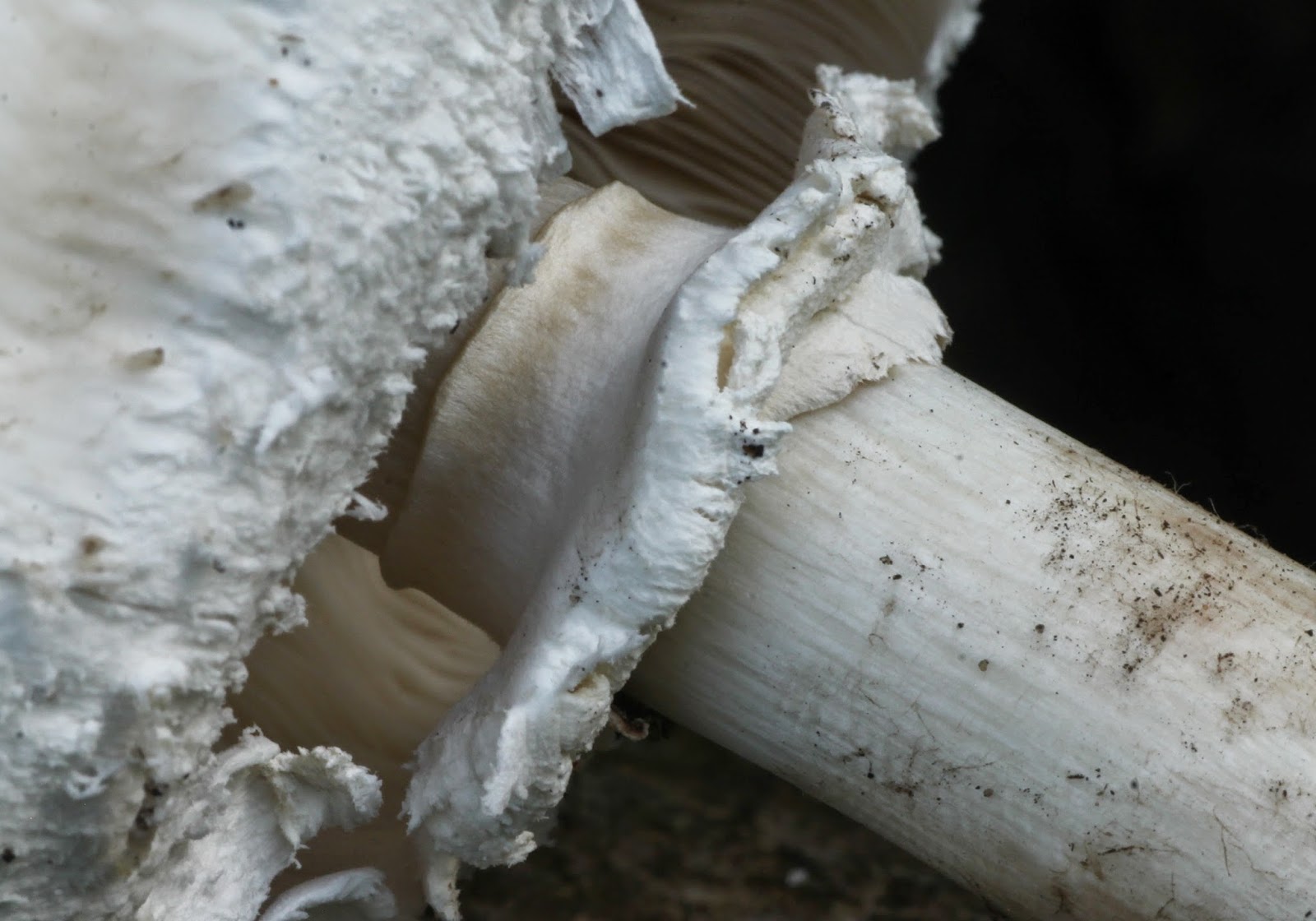 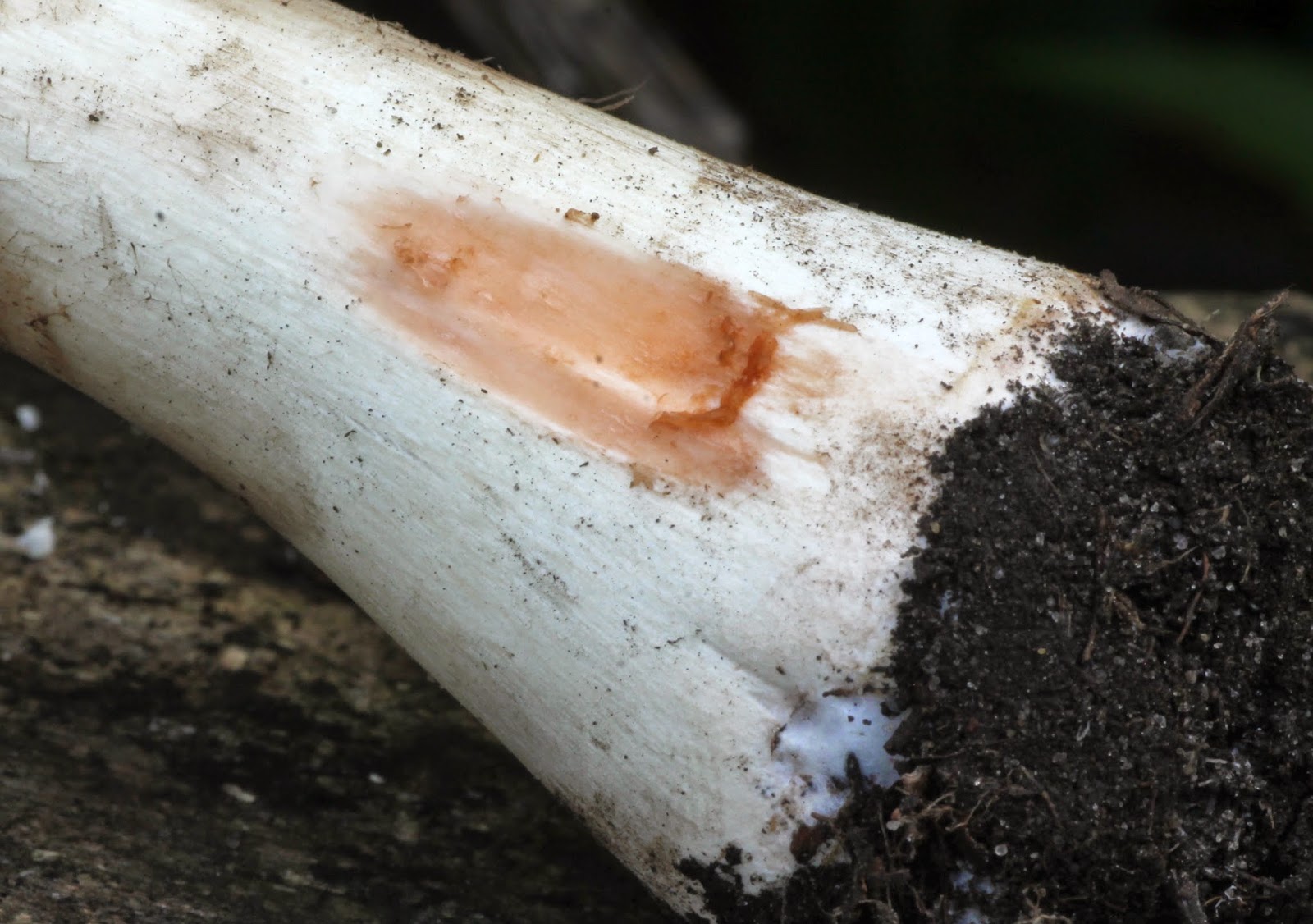 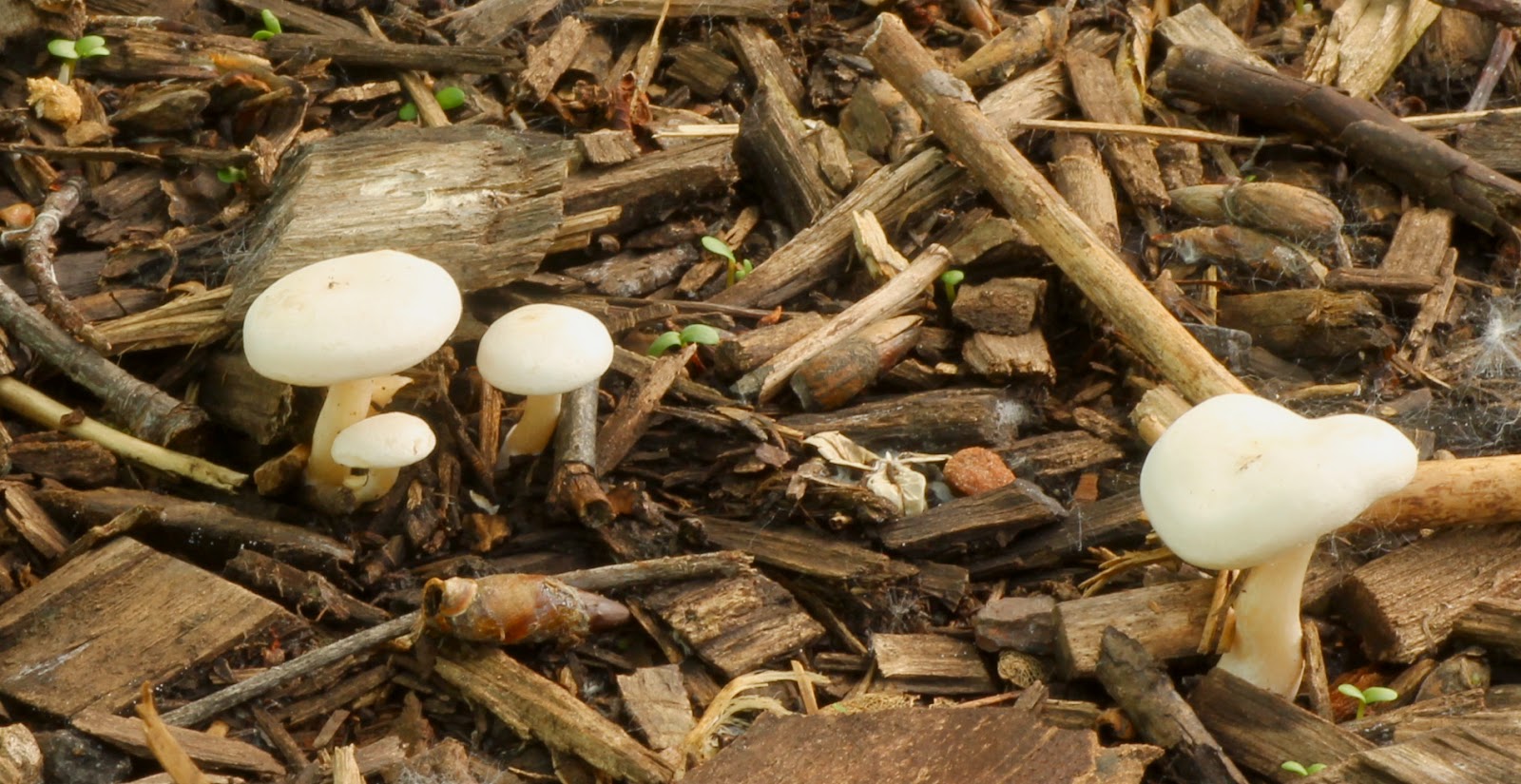 Described as fruiting in August through October, but it matches the description given in Mushrooms of Northeastern North American very well.  A noteworthy feature (noteworthy only because this is such a nondescript mushroom) is the collar at the top of the stem where the gills attach (not pictured). 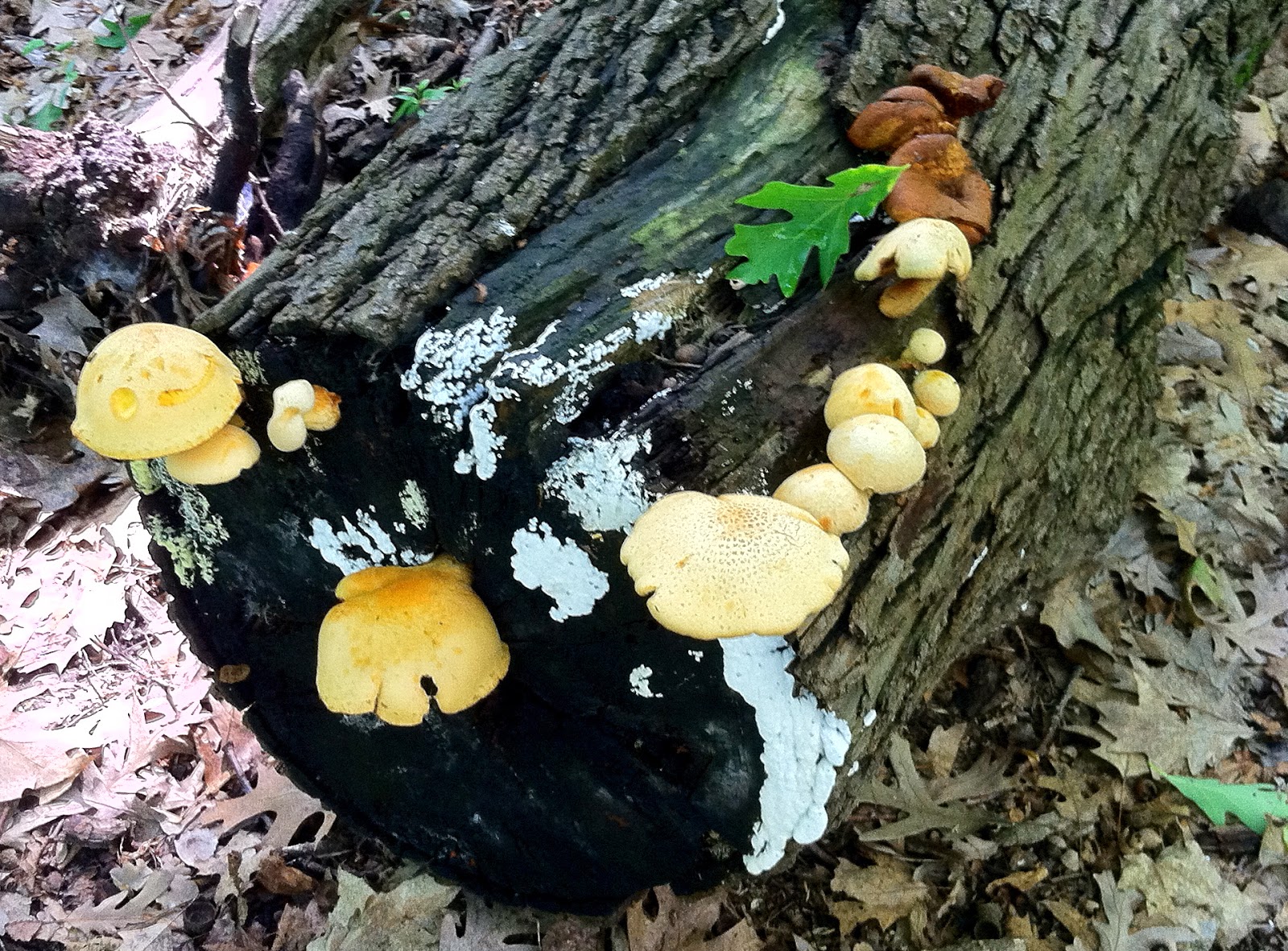 This patch of mushrooms has grown to be quite large since this picture was taken.  The darker orange mushrooms in the background are older ones.