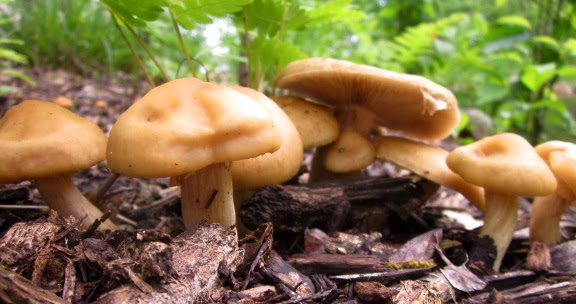 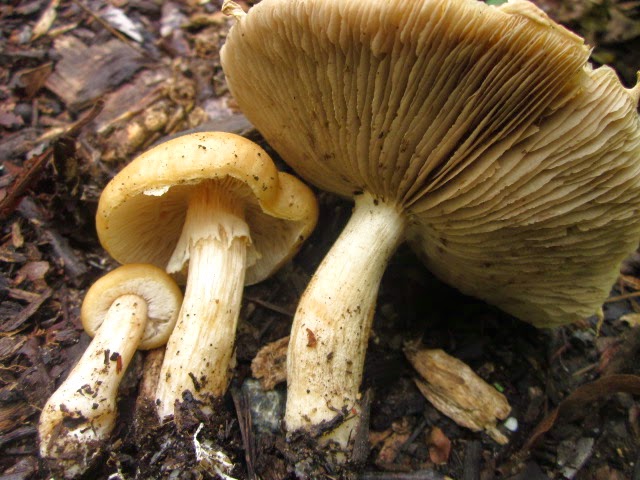 Medium-sized brown mushrooms often with thin covering over the gills when young, that turns into ring around the stalk (a partial veil).  Growing in wood chips.  Brown spore print. 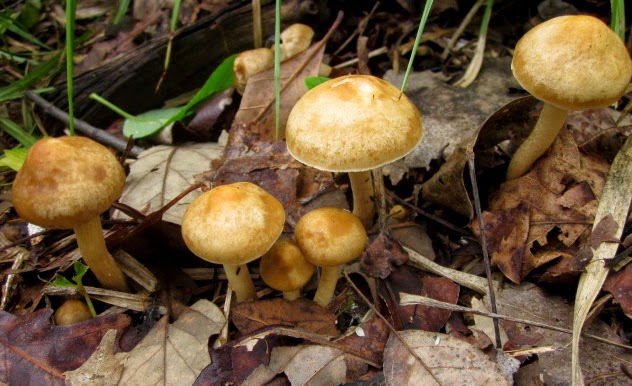 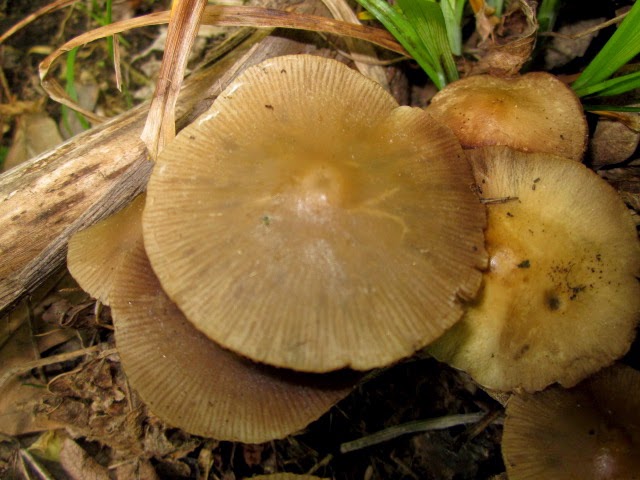 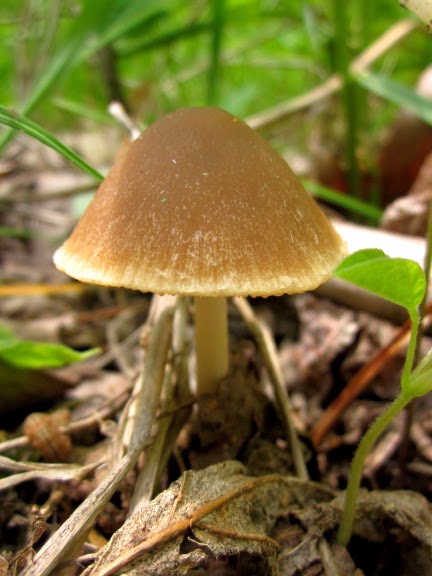 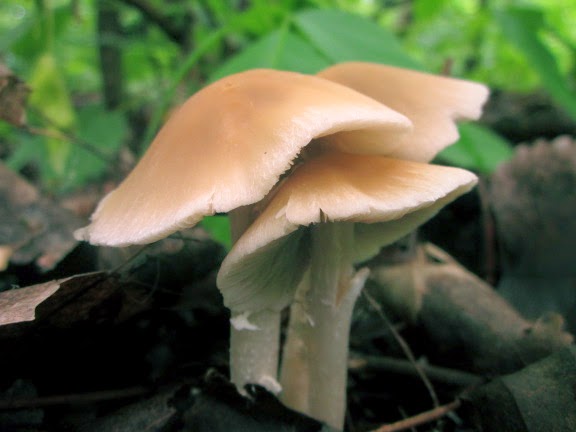 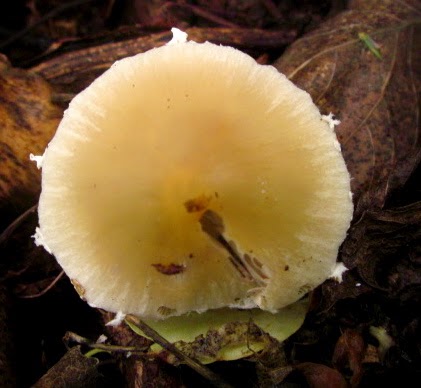 Ditto.  Note the partial veil remnants hanging from the edge of the cap in the second picture, a feature found in many members of this genus of mushrooms. 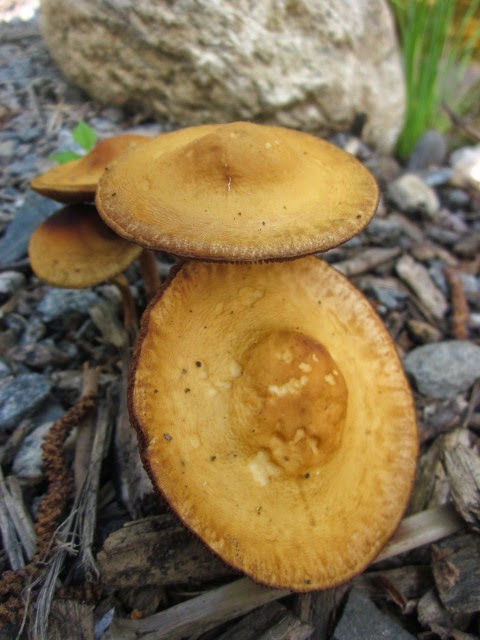 These mushrooms don't quite qualify as a nondescript brown mushrooms.  Superficially, yes - but they've got a little character that makes them stand out a bit.  They are of a more orangish-brown color with a distinct hump in the middle of the cap.  The gills are a darker reddish-brown as was the spore print.  The stalk featured a ring.

Last summer I found these same mushrooms (presumably) in the same spot.  I identified them as Gypsy Mushrooms, Cortinarius caperatus, but I think that's an incorrect identification, it doesn't quite match written descriptions or photographs.  Perhaps they are specimens of a mushroom called the Deadly Conocybe by some field guides, Conocybe filaris.  It matches written descriptions I found in the Audubon field guide and at Roger's Mushrooms, but most pictures I found show it as a slighter looking mushroom.  Plus it is described as having a movable ring; I didn't really note if the ring moved or not.  Next year . . . 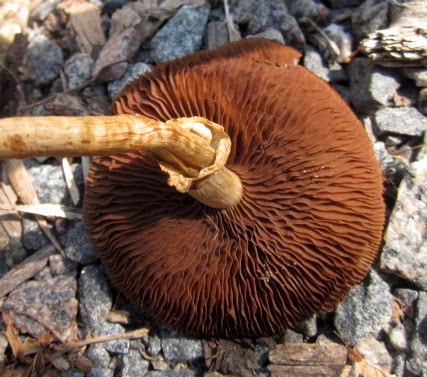 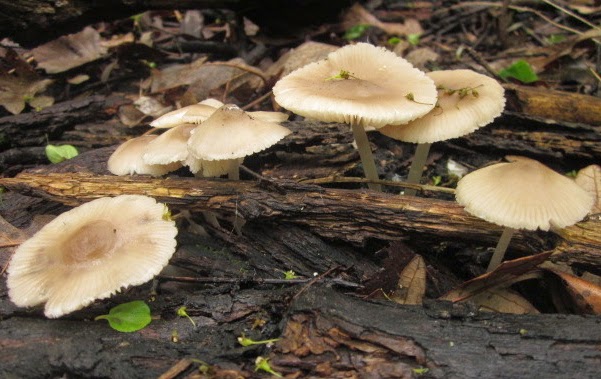 I'm giving up on nondescript brown mushrooms for awhile.