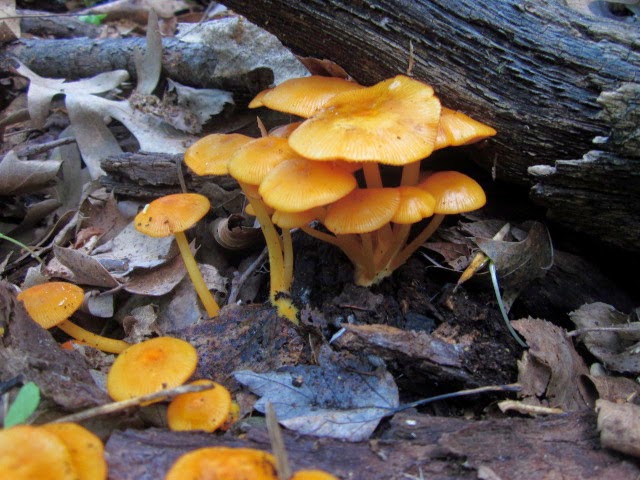 One of the key features of this bright-orange, wood-inhabiting mushrooms are the darker orange margins of the gills, pictured below (sorry for the poor quality, I only had a point and shoot with me, and it just wasn't up the task). 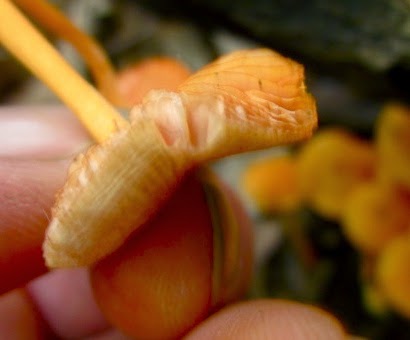 The cap flattens out with age, loosing the bell shape often found in species of Mycena. 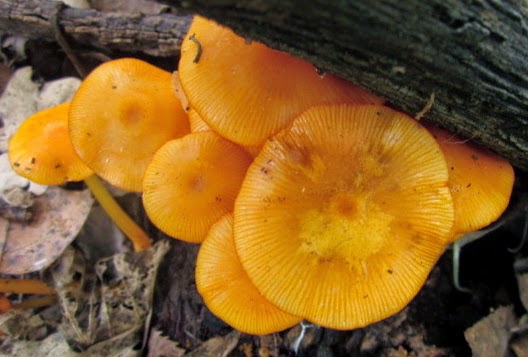 The stem can show coarse hairs at the base. 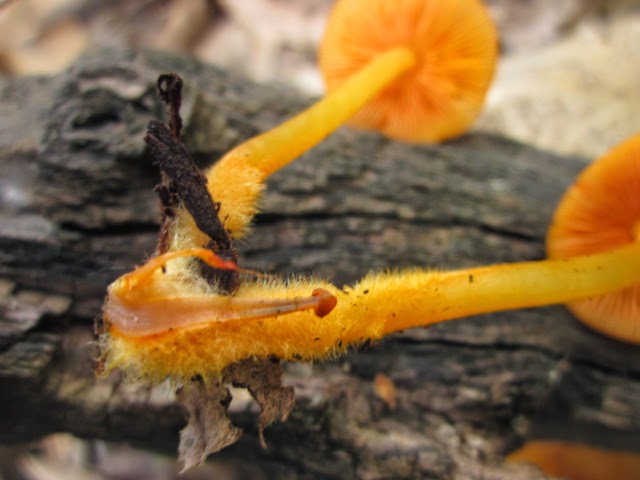 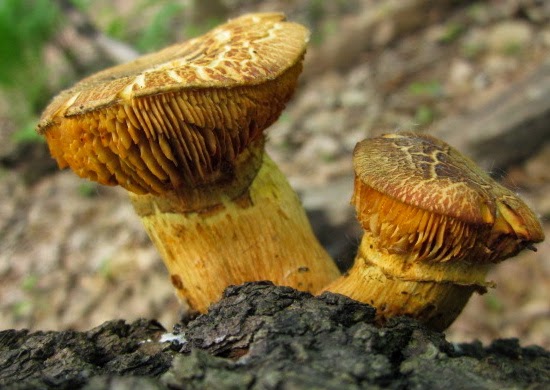 These mushrooms usually have a much more typical toadstool shape.  I think these two would have really confused me except I saw them at an earlier stage of growth, and I have seen this species growing on the same log in the past. 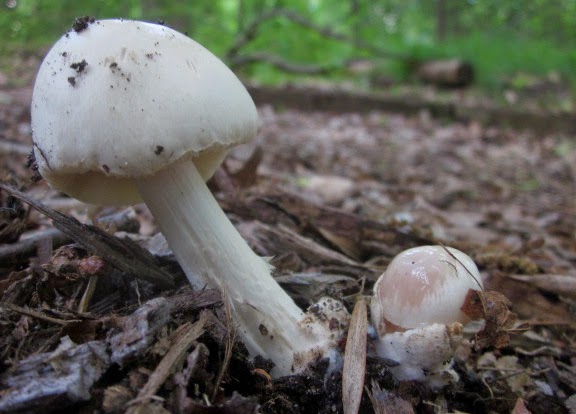 This mushroom features a cup (or volva) at the base of its stem.  It wasn't prominent in these specimens, but if you look closely at the small mushroom to the right, you'll see that the rounded cap is emerging from a broken cup-shaped structure. 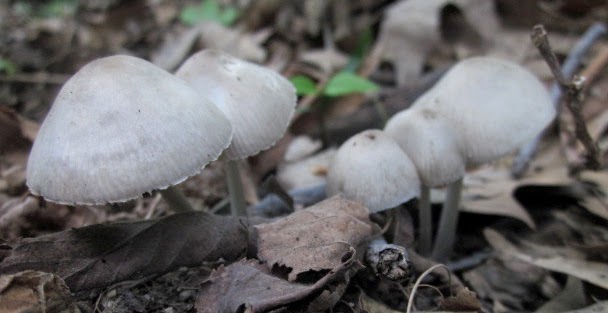 The cf. in the species name indicates uncertainty of what species of Mycena this is.  It matches the description of M. niveipes given at Mushroom Expert.  Some key features being the coloration, growth on wood and a bleach-like odor.  Most mycenas are small and feature a bell-shaped cap.  The spore print is white.

I couldn't find a common name used for this mushroom, so I derived one from the species name.  I think using common names for mushrooms makes the topic more inviting for beginners and casual readers.  I always include a scientific name for more precise communication 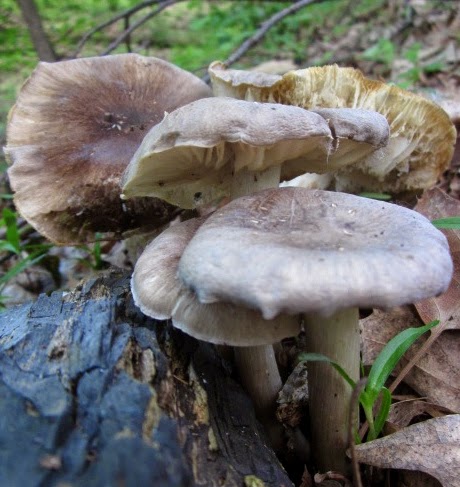 If I was a giant monster from a Godzilla mushroom, I'd be called Megacollybia, and I'd be a giant robot mushroom from the future, intent on seriously smashing up some large urban areas (of course).

Speaking of my weak knowledge of Latin and Greek (the basis for many scientific names) - one day recently my 8 year old daughter, Naomi came up to me and said "I'm going to practice my old Greek words".  I responded enthusiastically and said she could help me learn.  Confusion ensued.  Finally I realized she had said "I'm going to wear my green cords".