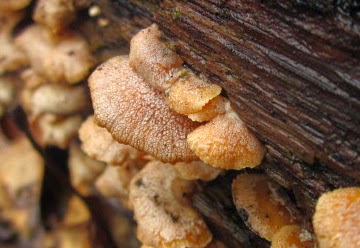 Fairly common on hardwood logs, but not the easiest to identify.  Some key features: 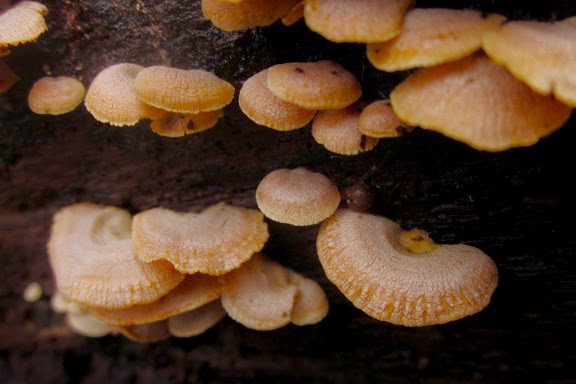 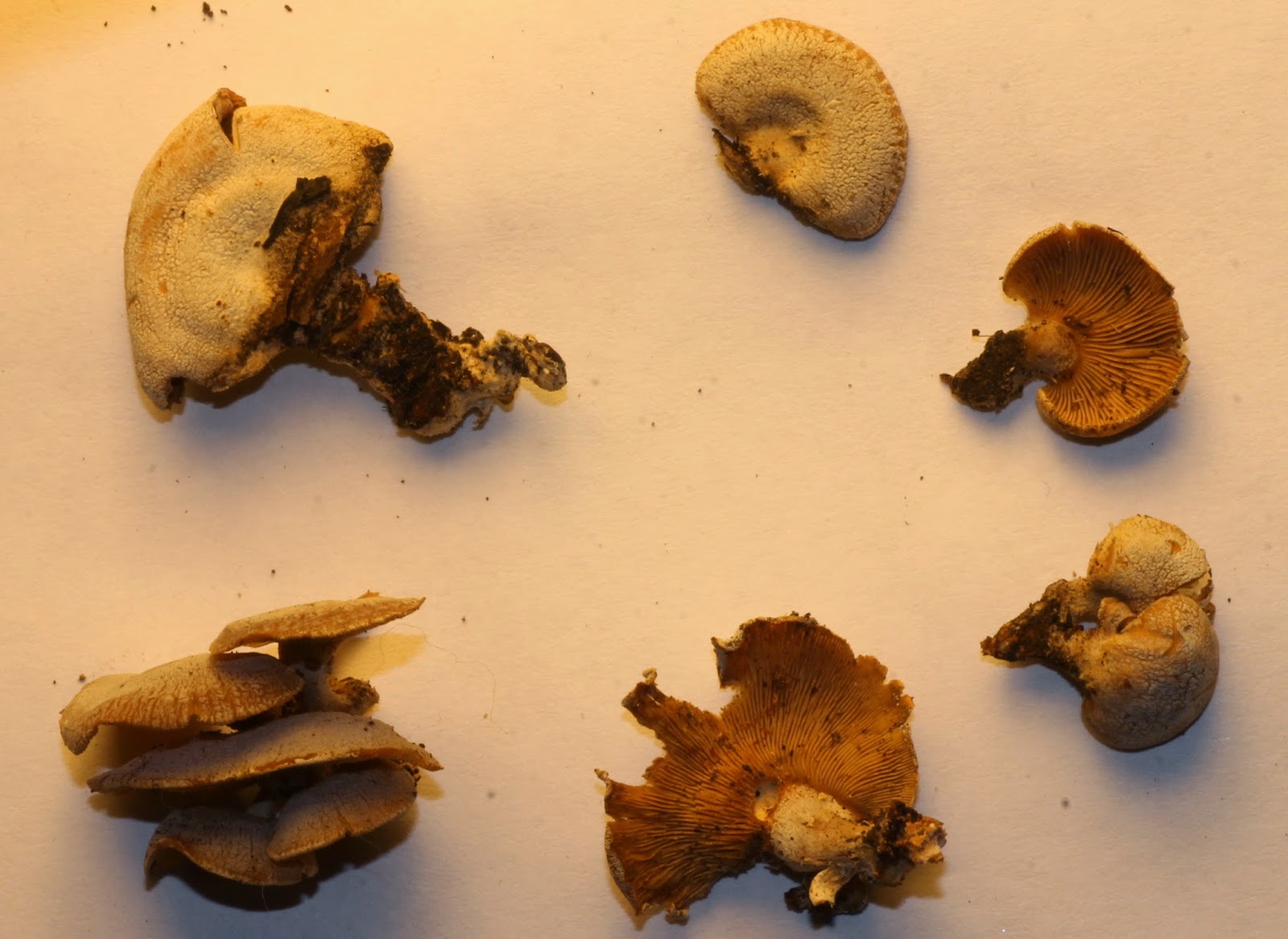 The gills of this mushroom can glow in that dark, a feature I have never witnessed (hence the name, Luminescent Panellus). 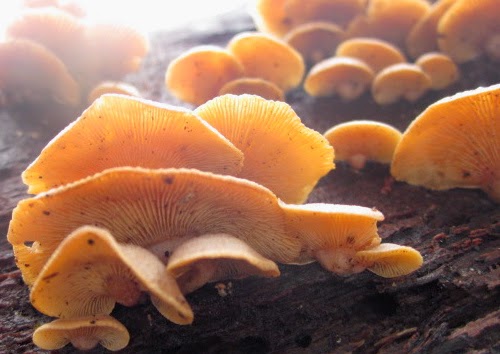 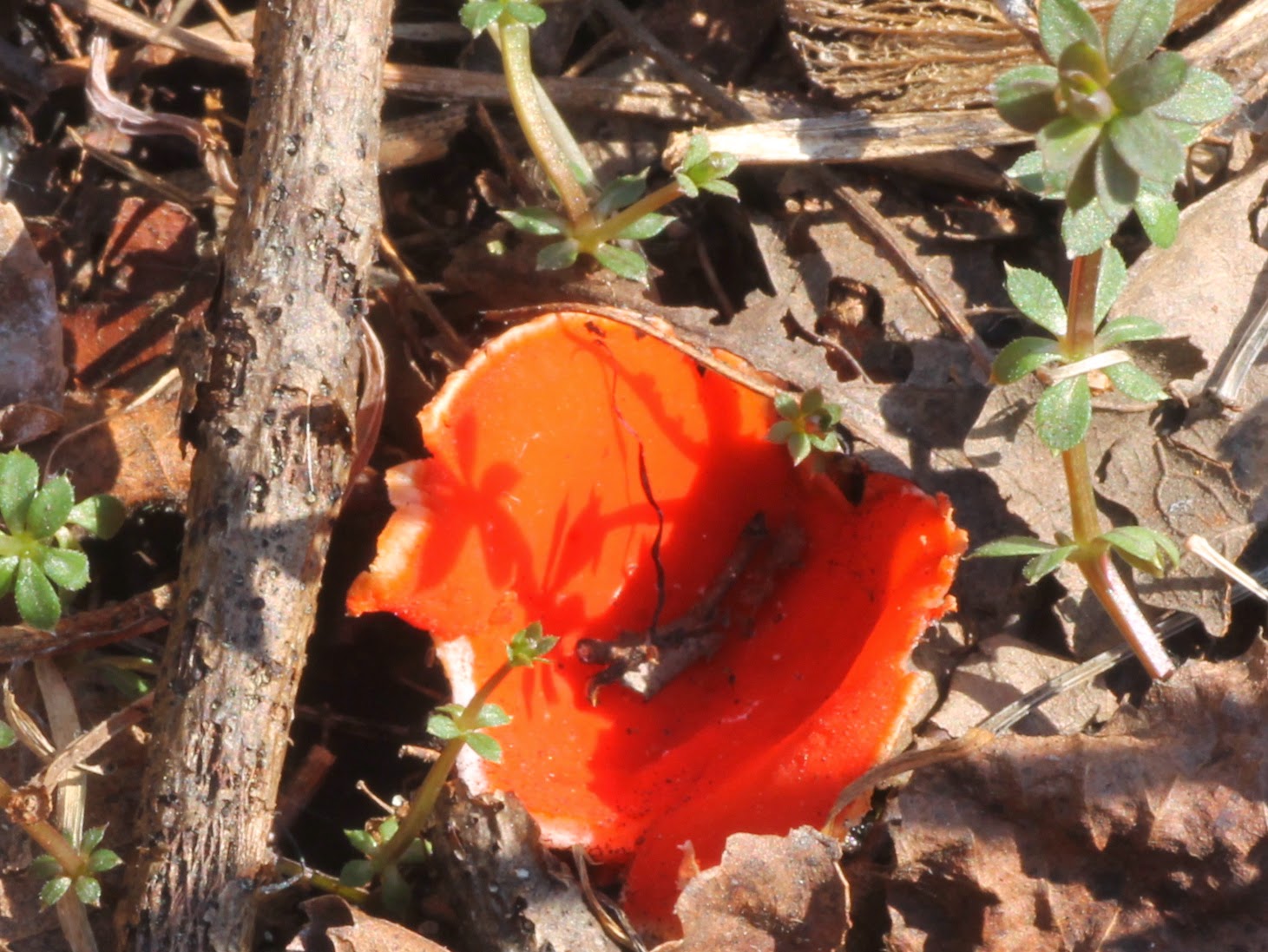 Two species of Scarlet Cup can be found in the eastern United States (I wonder if they are both in MN?): S. austriaca and S. dudleyi.  They are identical to the naked eye. 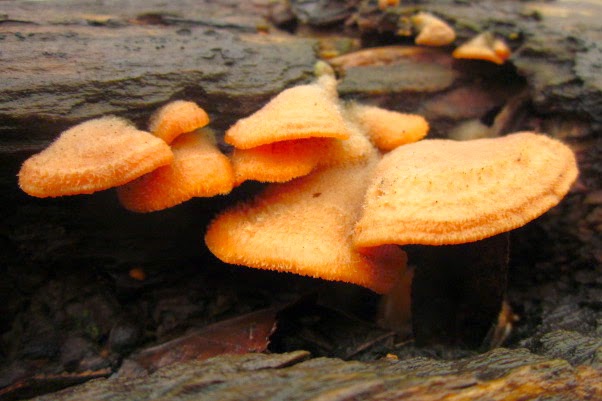 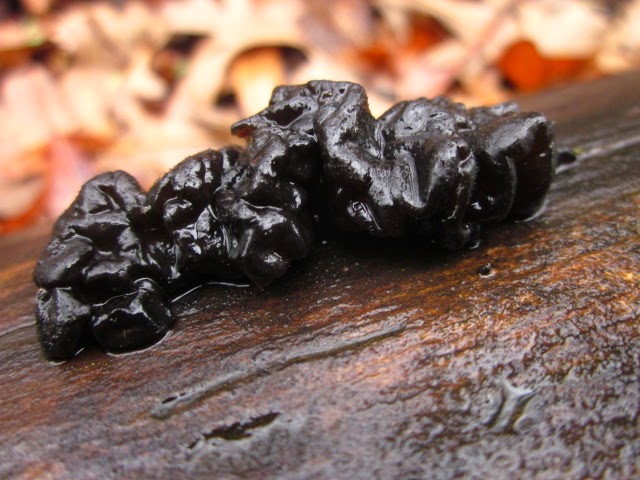 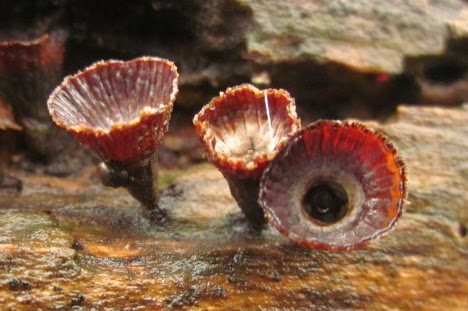 I think the species is Cyathus striatus, but that fungus is usually pictured with a shaggier exterior. Though I think these are probably left over from last fall (they fruit in the summer), so maybe the shagginess wore off over the winter. 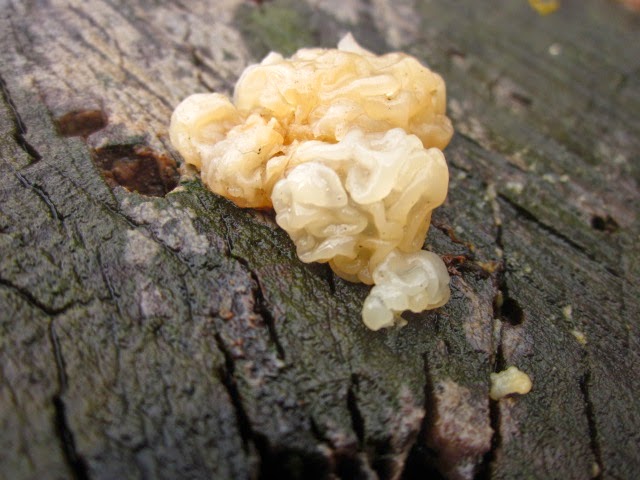 This jelly fungus is common in the summer after heavy rain.  I don't think of it as a spring, cool weather fungus (though we've had plenty of rain). 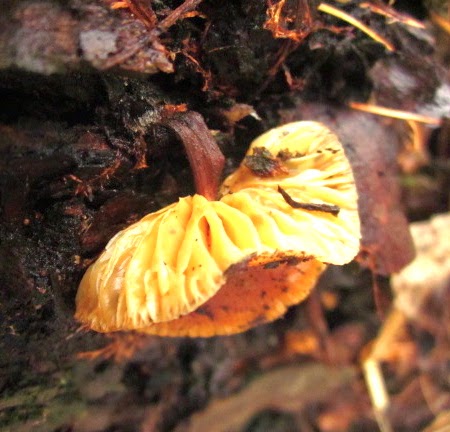 A rather sad looking specimen.  Usually they come in clumps.  They can be found in pretty cold weather (including thaws in the middle of winter), but they have been largely absent this spring; usually they are all over the place in the early spring.  Elm stumps are a common place to find them.