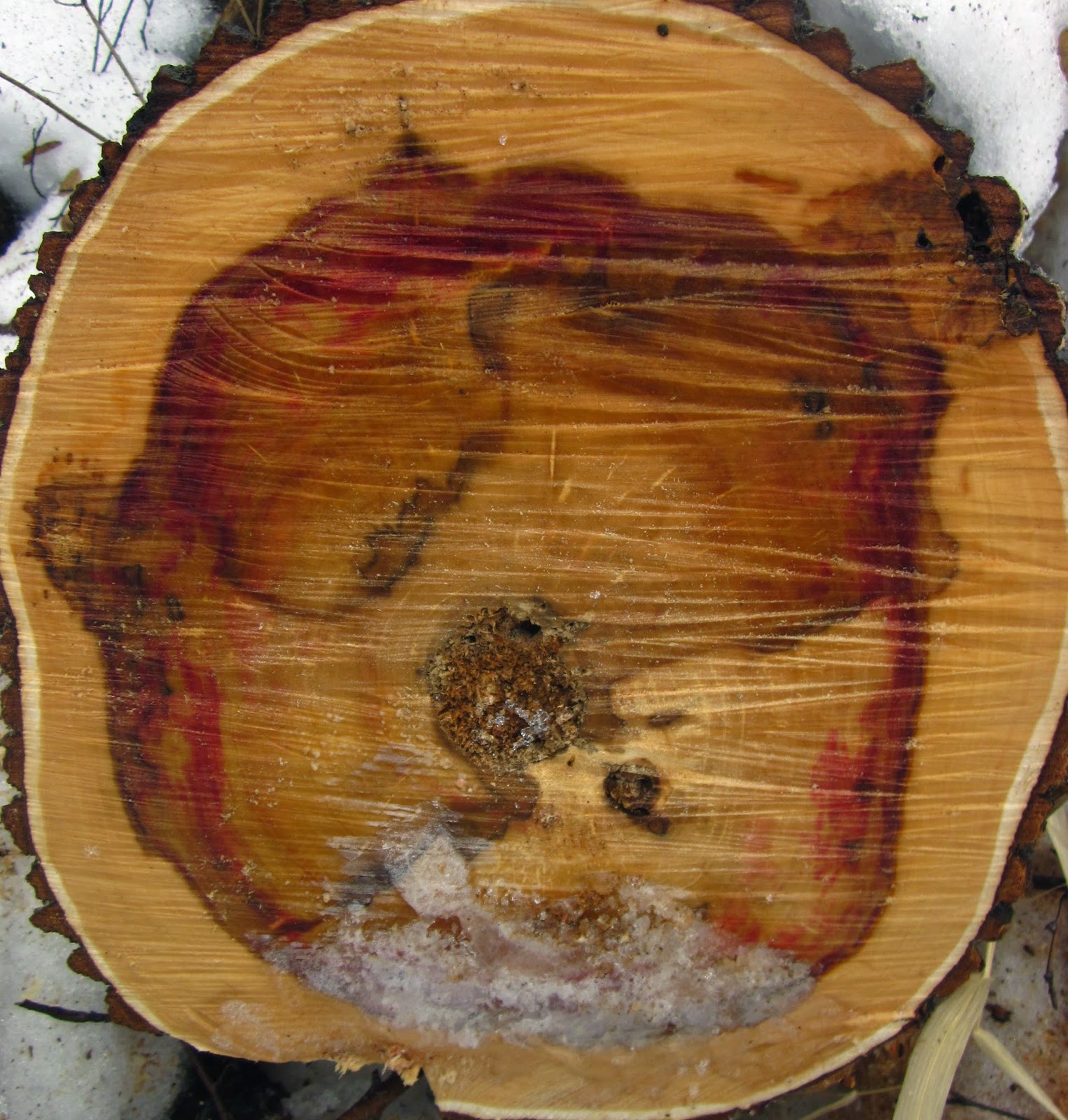 It was recently pointed out to me that the wood of Box Elder trees (Acer negundo) often exhibits a reddish stain.  I was curious to find out what caused it.  After some research, I learned that typically, the stain has been attributed to the fungus Fusarium reticulatum, but that research done at the U of MN has shown that the stain is not associated with any particular species of fungus.  Instead the stain is likely a result of some compound produced by the tree to protect tissue after it is compromised in some fashion.
What actually causes the stain was undetermined by the study; the compound is broken down quickly after it is produced (the authors of the study speculate that it is a phenol that oxidizes to produce the stain, but that detail will be left to the distracted chemist to explain further). 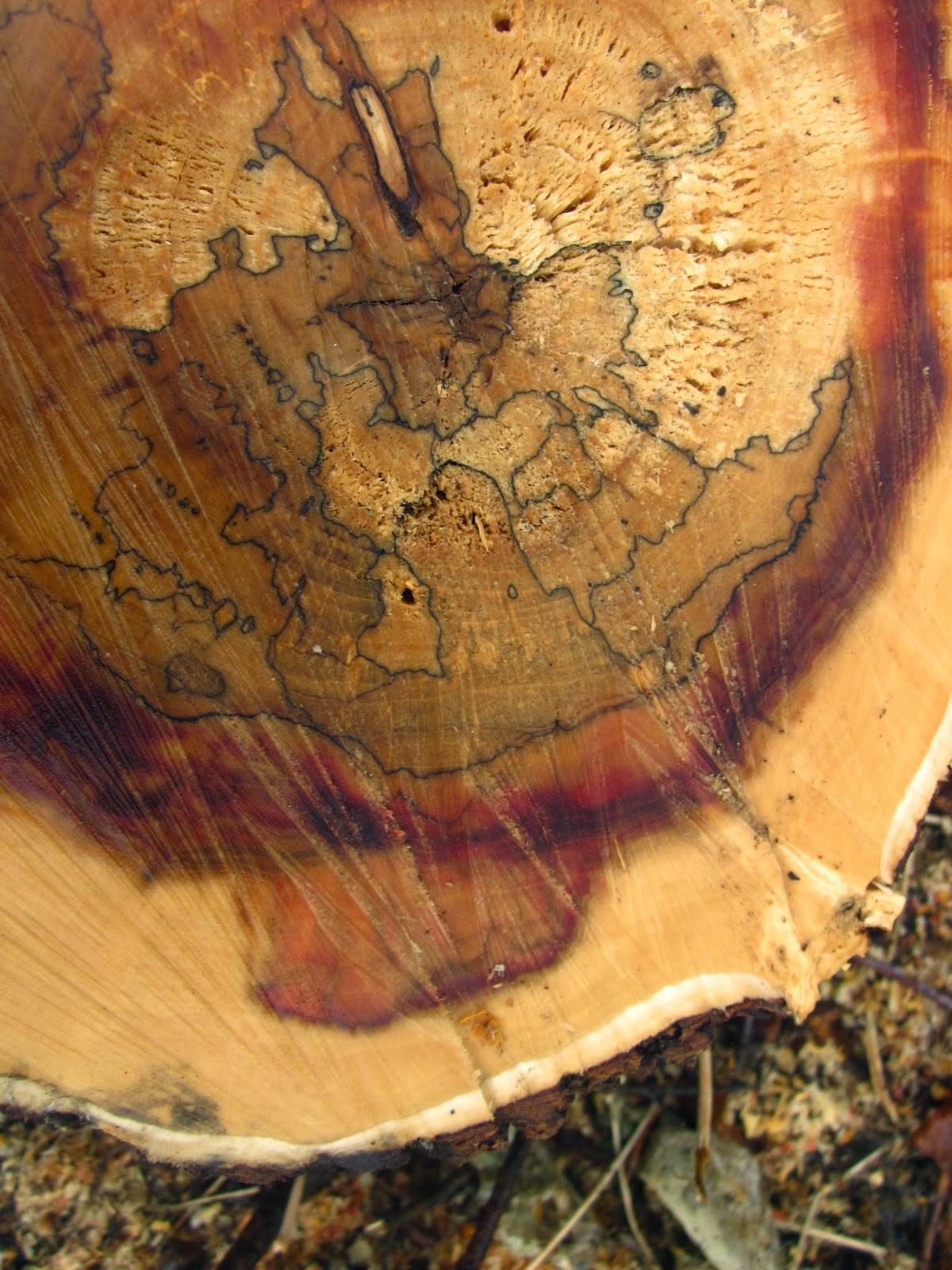 The above picture shows a box elder stump with the red stain along with a network of black lines.  This is know as spalting, and is attributed to fungal decay, though as far as I know, not any particular species.

Box Elder wood is not widely used since it is a relatively weak and rot-prone wood.  But wood with  the red stain is used by wood workers to make smaller, ornamental objects.
Posted by 11 at 6:38 AM