Life In A Sap Bucket - Springtails 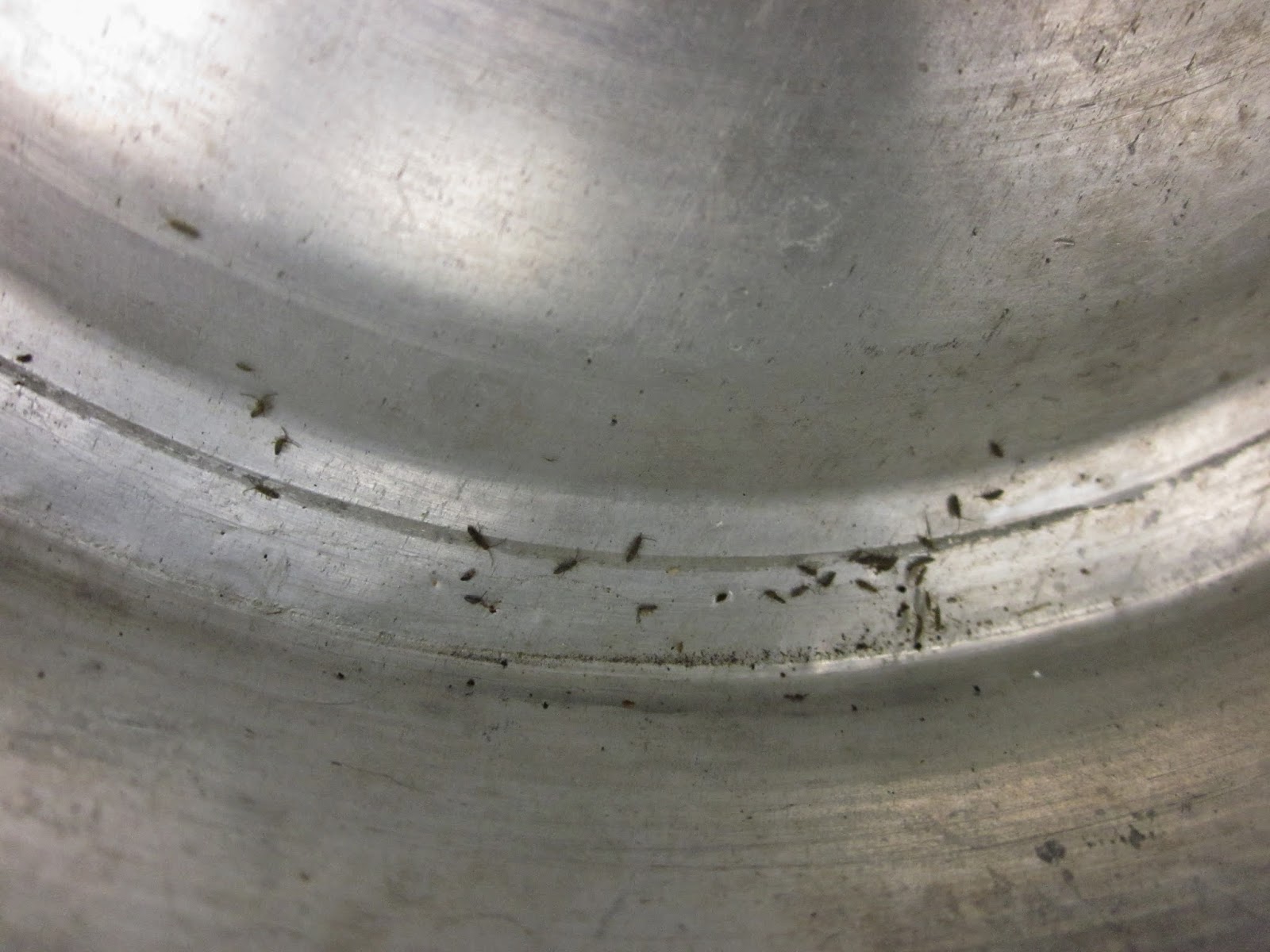 The Sugar Maple sap started running today, not a lot, but enough to attract these minute Spingtails (class Collembola) to the buckets.  I almost overlooked them; they initially registered in my brain as woody junk that fell into the bucket from the tree.

I was surprised to learn after observing these today that springtails are not insects, they are in their own taxonomic class.  They share some similarities with insects: three body parts, six legs, two antenna.  But they don't have compound eyes, but instead feature a cluster of eye spots on their head.  And two notable structures that are unique to springtails is the furcula, an appendage on the end of their abdomen that allows them to "spring" when flexed.  And the collophore, a tube located at the front of their abdomen that aids in moisture uptake and excretion.  And please note, that this description is very simplistic, and probably contains some inaccuracies due to it's brevity.

Springtails are usually found in damp places, and are omnivorous, feeding on a wide range of organic matter.  Though mostly unknown to the majority of us, it seems they can be found anywhere there's moisture and organic matter, often in large numbers.  In MN, you can sometimes observe springtails on the snow during warmer weather.  They are commonly called snow fleas - but of course aren't fleas at all, because fleas are insects.

And oddly enough, this my second run in with springtails within a week.  I toured the Cave of the Mounds in WI with my family this weekend, and it was mentioned on the tour that the only creature living in the cave were springtails.
Posted by 11 at 9:19 PM