I'm planning to do "The Cultured Fungus" as a semi-regular feature.  I'm not referring to fungus in a petri dish, but fungi in culture, such as depictions of mushrooms in paintings, or references found in literature, or even the role of fungi in rituals and ceremonies.  But it won't be restricted to the more sophisticated and intellectual aspects of culture, but will contain plenty of material drawn from popular culture: cartoons, rock-n-roll, advertising, and even . . .Dungeons and Dragons.

If you don't know what Dungeons and Dragons is, too bad, you'll have to read someone else's blog.  It's sort the game that lead to the current gaming culture.  I'm pretty much clueless about modern gaming and video games in general, but I did play D & D as a youth.  To be honest, I think it had some positive effects on my development such as . . . well . . . like . . .  I know lots of big words now (hey, I knew what the word "charisma" meant in the 5th grade or something - even though I had zero of it), it led to more worldly outlook by becoming familiar with various mythologies (I totally understood "Clash of the Titans", the first one), and, um, other stuff too.

Anyway, mushrooms and fungi did haven't a huge role in D & D, but it showed up here and there.  Below are the instances I remember. 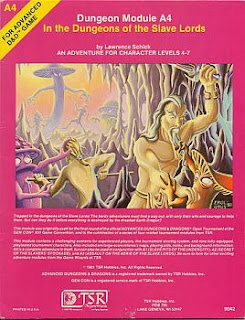 Whoa,  check out the cover of this D & D adventure module!  Gladiator dudes fighting evil mushroom men!  No wait, they were escaped slaves battling lawful neutral mushrooms guys.  I guess don't really remember what it was all about, but this picture is totally cool.

Below, a couple more pictures of myconids that I came across online and that I vaguely remember. 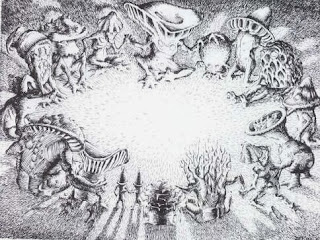 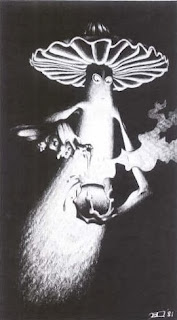 Visit the AD&D online Monster Manual for more detailed information.  Though the idea of a race of intelligent, peaceful (though misunderstood by most humanoids) fungus beings is pretty awesome, there are a few things about their actual execution in the game that sort of bother me; the creators of the myconids sort of got their facts mixed up.  Ok, I know that Myconids are part of a fantasy game, and that most of it probably isn't real anyway, but some of the details of their existence just don't work for me, such as:

Onwards with the survey of fungi in D & D. 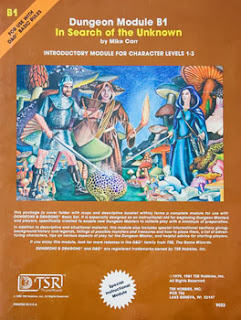 Here's another cover from an adventure module featuring mushrooms and stuff.  I remember absolutely nothing about it except the cover. 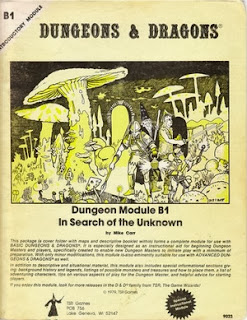 An older version of the same adventure, before my time.  Cooler picture I think.  It leaves a little more to the imagination and depicts a better sense of adventure in my mind

There were also a handful of monsters that had more of a slime mold or amoeboid like disposition in the game.  So strictly speaking, they aren't fungus, but I suppose some myco-wizard in the game would study or cultivate them.

They were harmful in a variety of ways that seemed involved some combination of paralysis, engulfing, poisoning, and eventual digestion.  The ones that I remember are Green Slime, Grey Ooze, Black Pudding and Ochre Jelly (and I'm still not really sure what color ochre is).

I found the following pictures of these creatures online, but I recognize them from when I played. 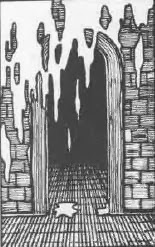 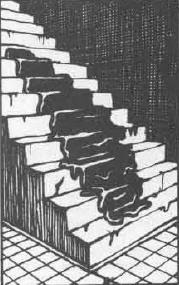 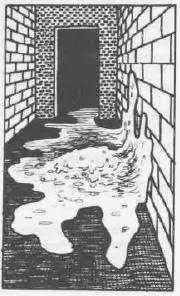 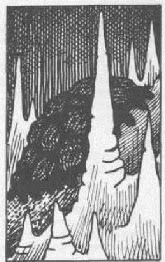 D & D lives on, though my involvement with the game ended sometime in the mid to late eighties.  I imagine it's changed a lot and it has probably added a slew of new fungoid monsters and adventures.  Maybe someday I'll do the research, but I have other cultured fungus topics in mind that I need to make time for. 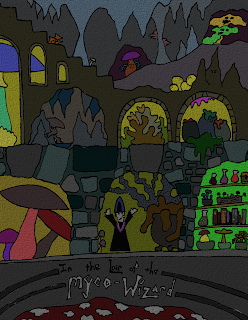