I'm not really a big fan of thanksgiving or eating turkey, but I am a fan of turkey tail mushrooms and thankful that they can usually be found when it's to cold for other mushrooms, since the fruiting bodies tend to be more durable then those of other mushrooms.  So consider this the first ever, thematically appropriate, holiday edition of the Distracted Naturalist blog (but don't expect anything for xmas!).

The name turkey tail can refer to any mushroom with the following features:
The different species that might go by the name turkey tail are not necessarily closely related, belonging to a few different families and even between two fungus orders (Polyporales and Russulales).  Turkey Tail also specifically refers to the fungus Trametes versicolor, considered the "true" turkey tail.

Telling the different species apart isn't easy at first, since they all share the same general appearance and habitat, and many of the features are variable within a species.  The best place to start is by looking at the color and texture of the lower surface.

Below, I offer pictures of a variety of fungi that could go by the name turkey tail.  You could probably find these on a thanksgiving walk in the woods.  And at the end of the post (for no extra charge) is a handy, quick reference ID chart to bring with you! 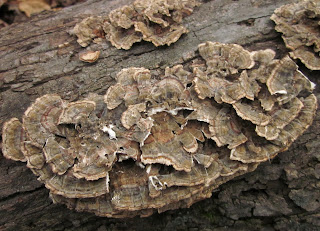 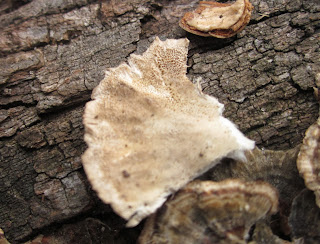 The true turkey tail.  It seems to frequently grow in a rosette pattern as in the first picture. 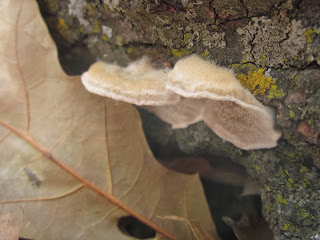 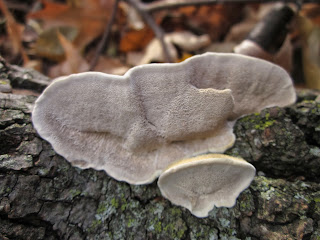 I almost didn't include this one, it's a little on the thick side and doesn't show any color zones.  But it's got a little fuzzy "mustache" on the upper surface, which is cool, and it's in the same genus as the true Turkey Tail so here it is.  Not pictured is T. hirsute, but it is listed in the reference chart below.  It's supposed to have a hairier cap.﻿ 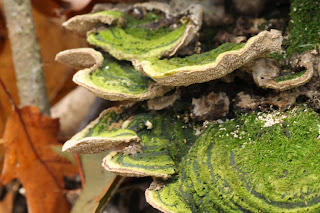 Despite the name it's usually covered in algae, not moss.  Some of these other species can show green coloration too.  The pores often erode away to a tooth-like or maze-like pattern. 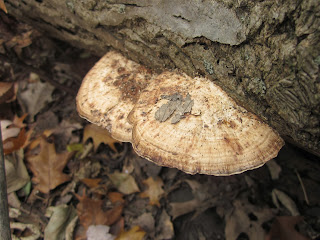 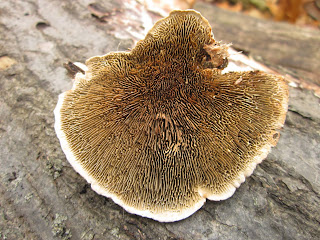 The underside looks like gills, but they are not, they are actually pores.  The pores develop into a maze-like pattern.  Sort of confusing - I imagine the pores would be more visible when viewed under magnification.  Lenzites betulina (not pictured but listed below) is supposed to be even more gill-like in appearance.﻿ 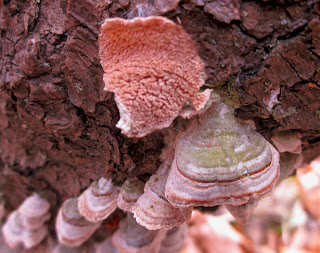 I played with the color to get the teeth a little more violet colored.  It looses this distinctive color as it ages. 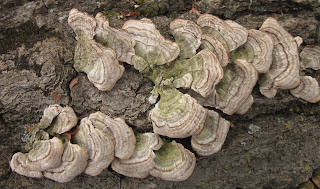 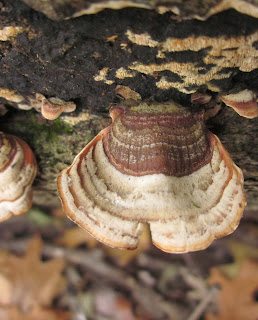 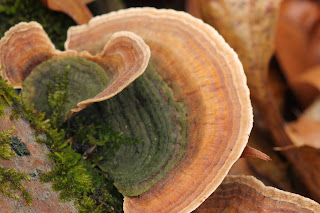 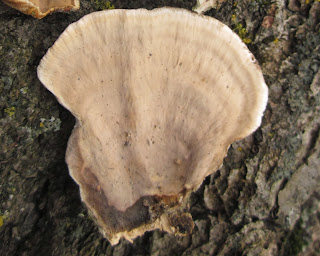 I happened to have a lot of pictures of this mushroom so I included three of the upper surface to show how much variability there is in color.  The last picture shows the smooth under surface.  This fungus and the next are parchment fungi in the order Russulales, where as the rest are polypores in the Polyporales.  Interesting how these two different groups of fungus developed similar habits and forms.  I wonder if they decompose the same part of the wood.﻿ 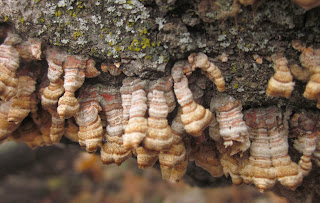 Three (or more?) species that are very similar.  Sometimes they just develop mostly affixed to the branch or log.  Some of them "bleed" a red fluid.

As previously noted, there are some mushrooms on the ID chart below, that aren't pictured above.  An explanation of the chart follows. 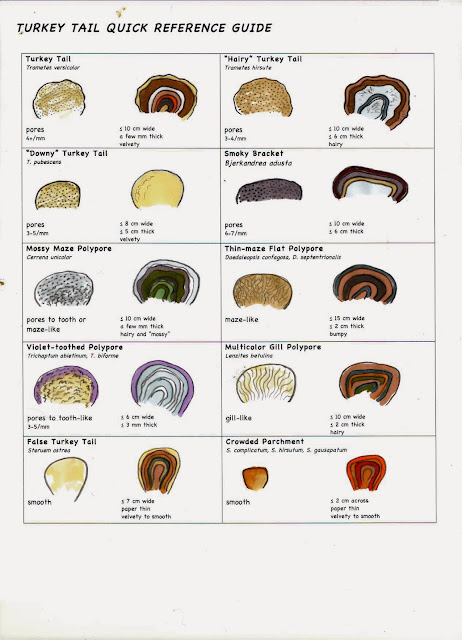 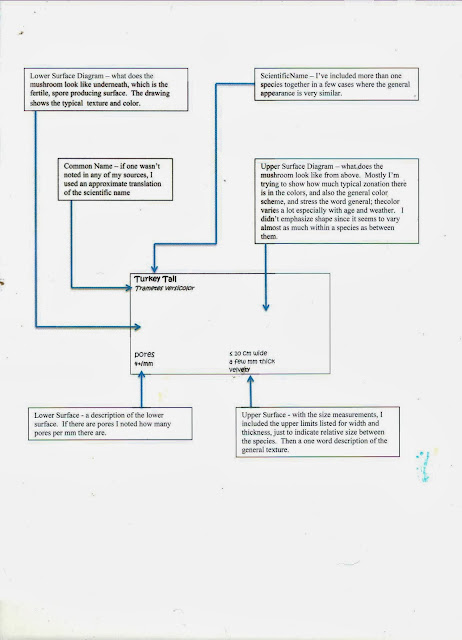