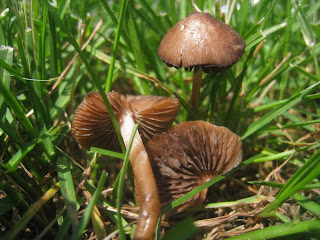 As it dries out, the cap of this mushroom will begin to change color to lighter shades of brown.  The gills have a mottled appearance (and neither of these features is shown in my photo). 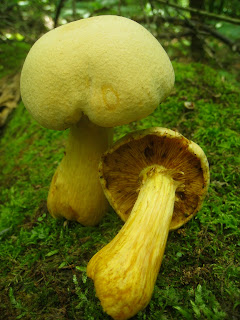 The color in the picture is a bit off, these were definitely on the orange side of things.  The odor is distinctly almond-like.  I think there are other similar species, but this is the one usually featured in field guides (but usually with the name scientific name G. spectabilis, and the moniker Laughing Gym in reference to its occasional hallucinogenic properties). 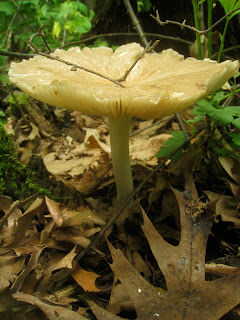 I'm fairly certain of the id.  The picture is a bit overexposed; the cap was browner (no bug spray and lots of mosquitos make for poor photography). 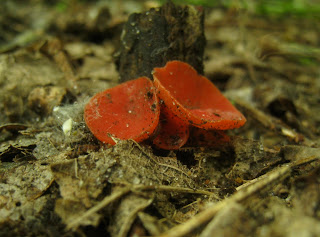 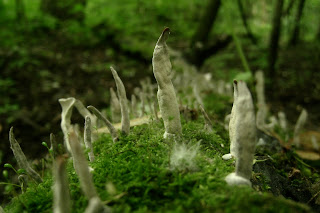 These will become black and crusty looking later in the summer.  The white is a powdery coating of conidia, or asexual spores.  The later black, crusty stage is the sexual spore producing stage. 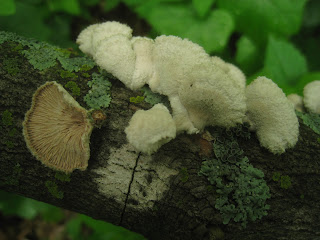