Early June seems to be filled with lots of smallish, non-descript mushrooms (watchers?) in the Twin Cities area.  Part one will be the really plain ones.  Part II will feature a number of Inky Caps, plus some of the stand outs.  I've divided the post up by spore print color for future reference. 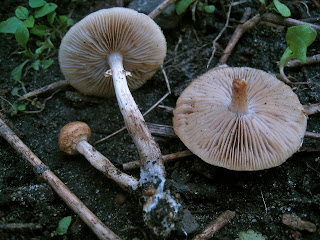 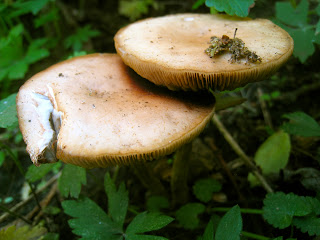 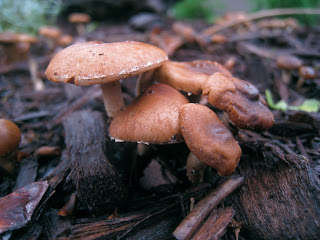 The whitish material along the margin of the cap are remnants of the tissue the covered the gills before the cap fully opened (called a partial veil).  A lot of species in the genus Psathyrella show this feature.  They were also pretty tough, becoming even tougher upon drying.  Mushrooms in the genus Psathyrella tend to be fragile.  Maybe a species of Psilocybe.  Though the genus name, Psilocybe, refers to the lack of a veil on the cap.  Plus no blue staining which many species show. 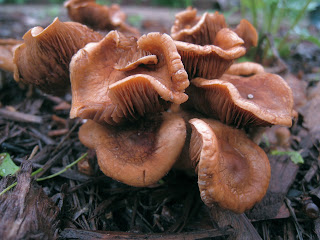 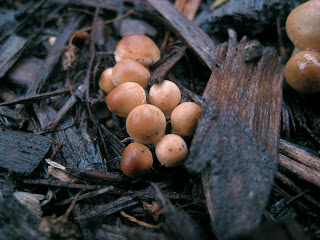 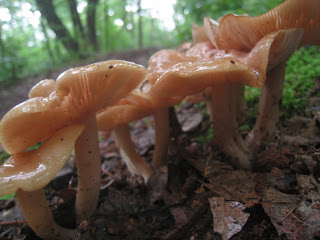 Growth on the ground and gills attached to the stem separate mushrooms in the genus Entoloma from another pink-spored genus, Pluteus. 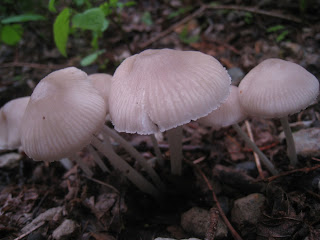 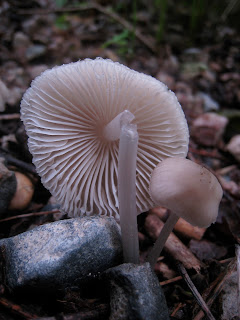 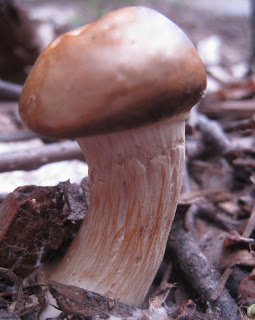 These mushrooms have been in wood chips for about a week, without the caps opening.  The gills, which are a gray-tinged whites are covered by a thick, fleshy veil.  A species of Stopharia perhaps? 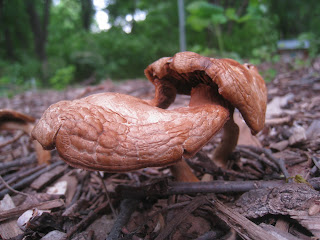 These two were growing nearby.  The same mushroom, just well aged, or a different species?

Lesson for the day - quality, not quantity; too many mushrooms, too few field notes.
Posted by 11 at 7:06 PM