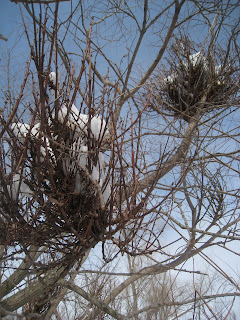 The dense clumps of twigs on this willow (Salix sp) are known as Witches' Brooms.  It's not a normal growth pattern, but is caused by a type of bacteria known as a phytoplasma. 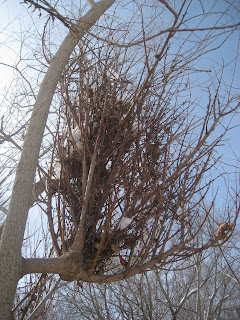 It seems not much is known about phytoplasms.  Here's what I have gathered, mostly from the U of MN extension service. 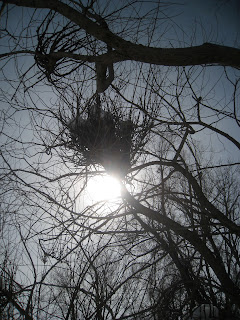 I see Willow Witches' Brooms on regular basis at Westwood Hills Nature Center.  It surprises me that something so conspicuous has so little know about it.