Please note that this post is most relevant to central MN.  I imagine it could be useful to those living elsewhere in North America, but there are likely to be other look alikes.

This past summer, I was asked about the difference between Stinging Nettle and Wood Nettle, good plants to be familiar with since both can cause a painful rash when touched.  While pointing out the differences, a couple of other look a likes were discussed, Clearweed and White Snakeroot.  Overall, they resemble one another; each shares a similar pointed oval leaf shape with toothed edges, and can be found in the same area (though habit preferences for each aren't necessarily the same).  First, let's introduce the plants in question. 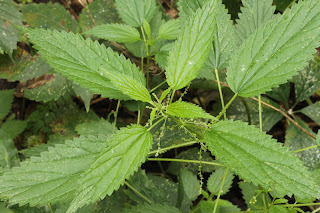 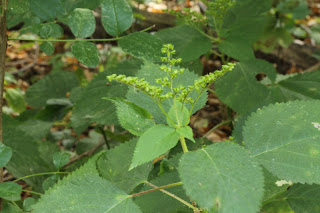 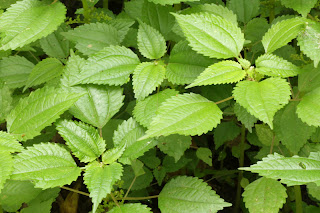 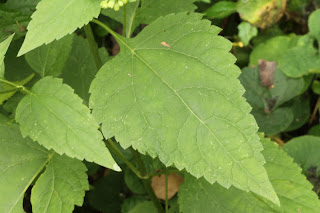 Next, some comparisons of the four plants.  By the way, I'm keeping my terminology purposefully non-technical.  Some details might be missed, but I want to make the information accessible as possible; I imagine there are a lot of people who would like to be able to recognize Stinging Nettle.

Flowers:  Are they growing at the top of the plant, or along the sides of the stems.  Wood Nettle and White Snakeroot have flowers at the top of the plant, Stinging Nettle and Clearweed have flowers along the sides.  You could argue that White Snakeroot doesn't belong in this discussion because its flowers are clearly different (they actually look like flowers).  But before the flowers have fully opened, White Snakeroot looks pretty "nettlish".
Hairs on stem:  Are there hairs on the stems or not.  Stinging Nettle and Wood Nettle have hairs on their stem, and on their leaves; it's what causes the "sting".  Clearweed and White Snakeroot do not have hairs on their stems.  Clearweed has a very translucent appearing stem.
Leaves:  Are the leaves arranged opposite along the stem, or alternate?  Wood Nettle is the only one that has alternate leaves.
Below is a table summarizing the above information: 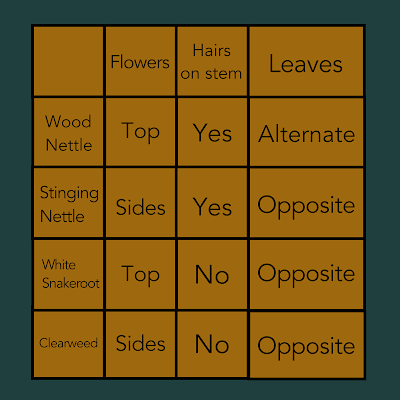