An Illustrated Glossary of Insect Sounds

The complete title is "An Illustrated and Random Glossary of the Sounds of Minnesota's Insects (That I Know Of)".  I make no effort to be thorough; this is just some information I've come across over the years regarding insect sounds. 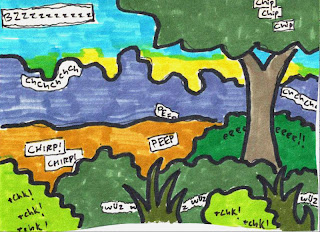 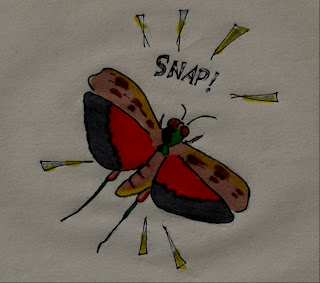 Crepitation is the term used to describe the snapping sound produce by the wings of certain grasshopper species when they fly. 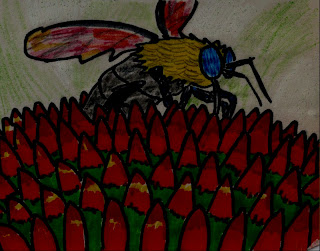 Or buzz pollination.  Bumblebees and certain solitary bees move their wings rapidly while on a flower, causing the anthers to vibrate and dislodging the pollen.  Apparently honey bees rarely sonicate. 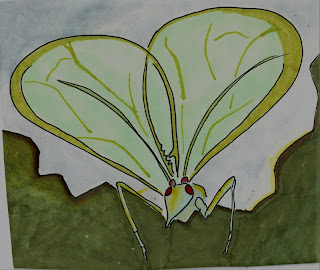 Katydids, crickets, and some grasshoppers stridulate.  Sound is produced by rubbing two body parts together.  In katydids and crickets, the sound is produced by rubbing the base of the wings together, which have specialized structures for producing sound (a "scrapper" that rubs against a "file").  The grasshoppers that stridulate, do so by rubbing their hind legs against the edges of their forewings (the picture is directly borrowoed from the cover"The Songs of Insects" by Lang Elliot and Wil Hershberger, which is a great resource concerning insect sounds). 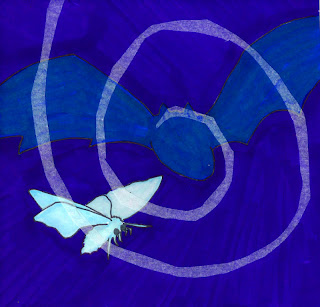 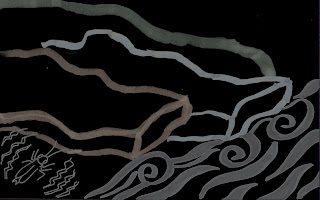 Stoneflies attract mates by tapping, or drumming, their abdomen against the ground.  The sound waves travel through the ground, and are inaudible to us.  Which is fitting, stoneflies are secretive and rarely seen, so it's in keeping with their character.

There's a lot more I could include.  One noticeable omission from this post are cicadas, whose calls are  the inspiration for this post.