It's been pretty dry recently, so there hasn't been a lot of mushrooms out.  Plus, I haven't had a lot of time to look, but below are a few that I found and photographed in the past few weeks. 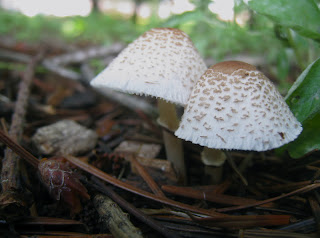 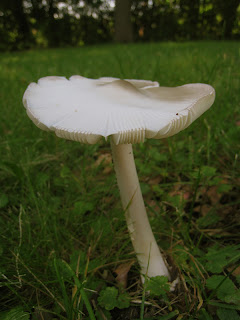 Possibly Amanita vaginata, commonly known as the Grisette.  Unlike most Amanitas, it lacks a ring around the stalk.  It does have a cup at the base, like most other Amanitas. 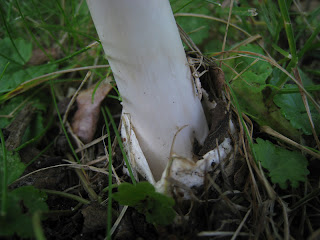 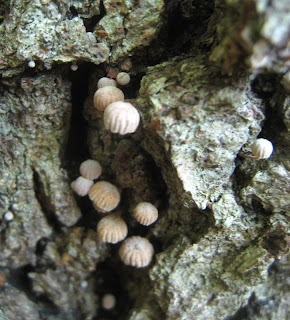 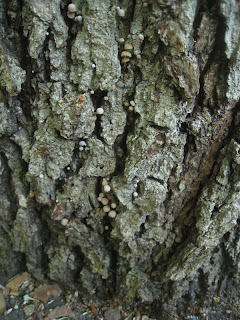 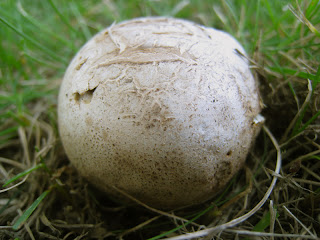 A medium sized (4-8 cm wide) puffball commonly found in lawns and other grassy areas.  When the interior is white, it is edible. 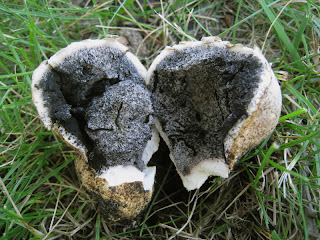