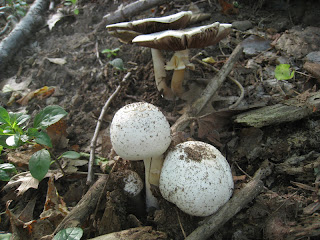 These particular Agaricus fruit every summer and/or fall after some good rain in the woods at Westwood Hills Nature Center.  The two in the foreground are younger specimens that haven't fully opened up yet.  I think they might be A. silvicola.  Below are some pictures that feature identifying characteristics of the genus, and features that lead me to believe it to be A. silvicola. 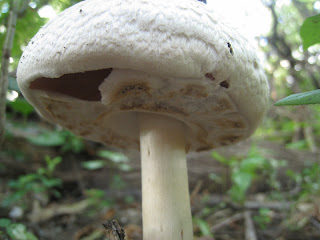 Agaricus mushrooms have a thick veil covering their gills at first.  According to most guides, the veil of A. silvicola usually shows a cogwheel-like pattern, and is white with yellowish stains. 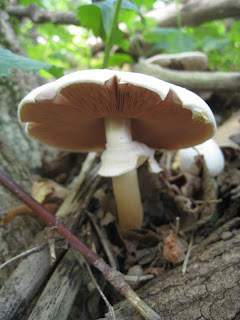 As the cap expands, the veil breaks away from the cap and forms a skirt-like ring around the stalk.  The shape of the ring varies between different Agaricus species and can be important for identification.  Agaricus species have pink or pale gills when young. 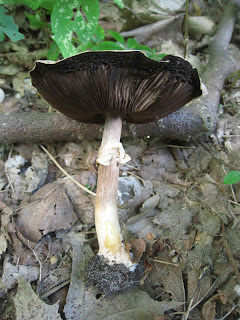 As an Agaricus mushroom matures, the gills typically turn a dark brown.  The spores are also dark brown. 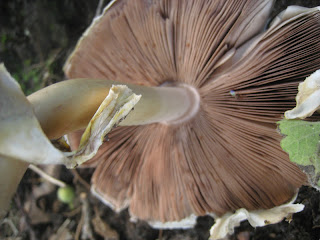 The gills of Agaricus mushrooms are free from the stalk. 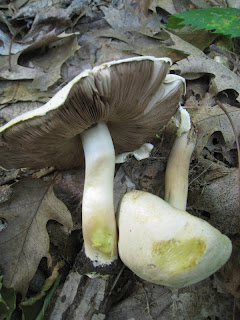 An important feature in identifying species of Agaricus is how the stalk and cap stain when bruised.  These mushrooms stained yellow, though not dramatically.  Odor is another important id feature.  I didn't notice a particular odor;  guides note a sweet, almond-like odor. 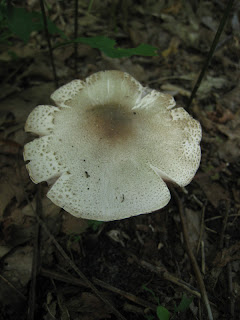 The caps of the mushrooms I found seemed to darken with age, a feature not mentioned in guides.  But Agaricus species, while easy to recognize as a genus, can be difficult to identify to species.  One of the reasons is that the features that separate the different species vary with their particular environment.  It's also possible that I was looking at two different, but similar species. 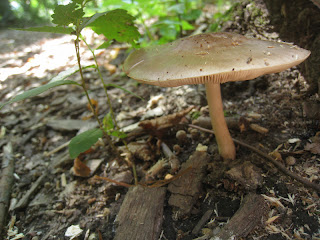 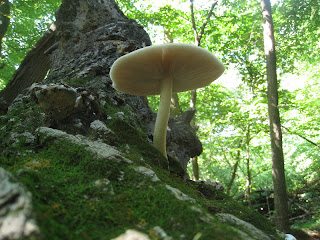 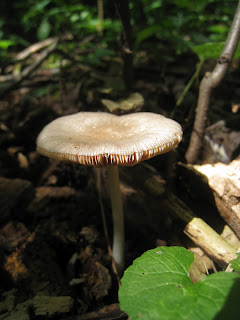 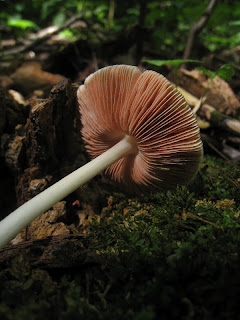 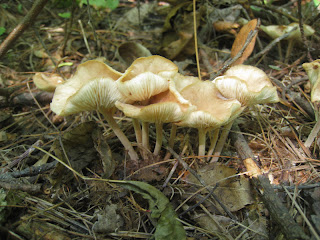 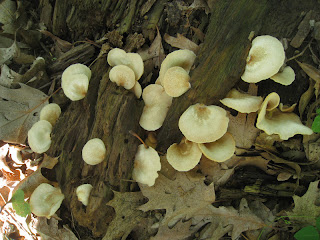 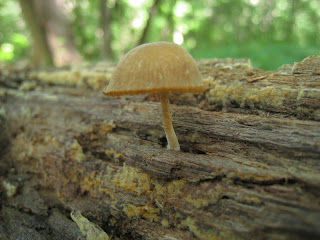 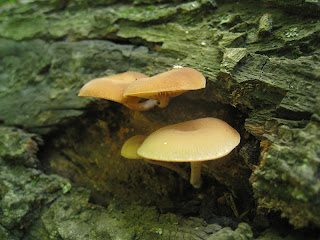