The only reason I saw this caterpillar is because it was hanging from a silk line over a path at eye level. It's another member of the Geometridae, which make up a large part of our spring time lepidopterans (never mind the butterflies, they're nothing compared to this group in terms of numbers).  I found it hanging from an Amur Maple; according to the "Caterpillars of Eastern North America" it eats leaves from a wide variety trees and shrubs.  It'll spend the summer as a pupa, emerging as a moth in the late summer or early fall.  While the caterpillar is a twig mimic, the adult moth mimics dead leaves.  The eggs overwinter. 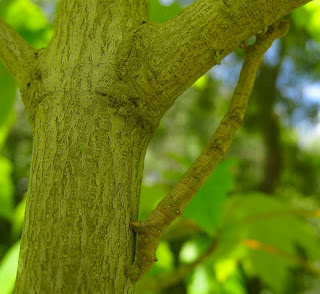