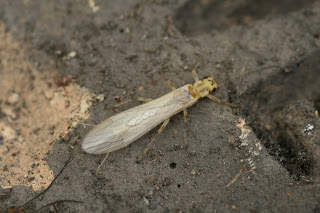 I've poking around along the Mississippi River with my kids this spring.  Our favorite spot is along Boom Island across the river from downtown Minneapolis, because we've found a few fossils there.  So most of our poking around is under rocks, looking for more fossils.  Almost every rock we turn over has at least one stonefly under it, if not more (and many more Isopods, maybe a later post).  The first time we found one I recognized it as a stonefly, but realized I didn't much of anything about them.  So what follows is a random assortment of stonefly facts. 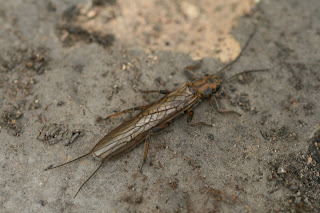 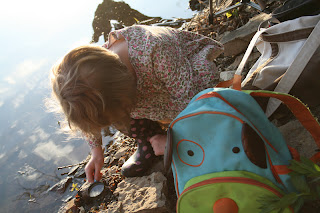 We've had a enjoyable times at this little rocky shoreline.  It's strangely isolated for being within close view of downtown; we've been there four times and have never even had a person peek down at us.  I'd like to return throughout the summer and see what else hatches out and/or is living under the rocks.
Posted by 11 at 6:41 PM