March doesn't seem like ideal moth weather, but it's when when we start to see some species become active (along with some species of butterflies) after winter.  There are a number of species that are cold weather specialists, active early in the spring, or late into the fall.  Many of these cold active moths have females that are wingless; instead of spending energy on flying around in the cold, which takes a lot of energy for an insect, they stay more or less put, let the males do the traveling, and use the "saved" energy for eggs.
The Half-wing featured in this post spends the winter as a pupa in the leaf litter or soil.  Eggs are laid on tree bark in the early spring.  The caterpillars eat a wide variety of broad-leaved woody plants, but specialize in eating new leaves, so they have probably pupated by early summer 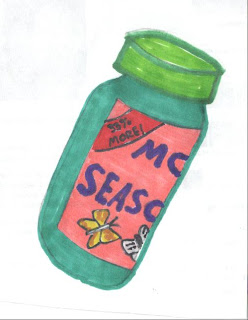