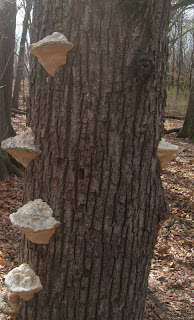 The conks I have been keeping an eye on started to get moldy this week. 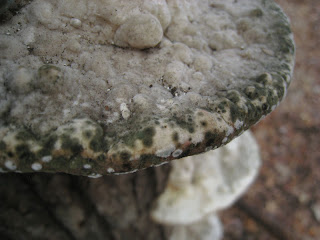 The same thing happened last year.  I thought they were going to rot away and mostly ignored them for a month or so until I noticed that not only were they still there, but they had grown and there were of them. 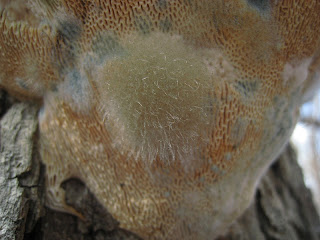 One conk even sported some fuzzy mold growth. 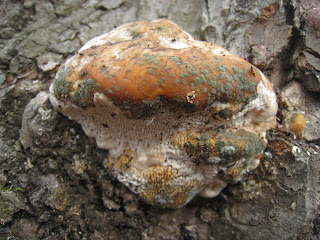 I think the white parts of this conk are new growth of the conk fungus, growing over last year's moldy surface, which is what I saw last year, or at least what I interpreted that I saw.
Posted by 11 at 6:39 PM