Mushrooms in the Snow

Flammulina velutipes, commonly known as the Winter Mushroom, aka the Velvet Foot, aka the Velvet Stem.  Winter Mushroom might seem like an apt name given the above picture, taken today with the snow.  But F. velutipes can be found during fall, winter, and spring.  Most books use the name Velvet Foot, or Velvet Stem.  They all use F. velutipes (by the way, there are two other identical species, that differ in their habitat.  In Minnesota we just have F. velutipes). 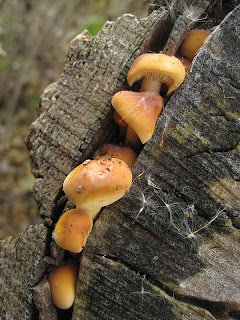 Another cluster of F. velutipes from November. 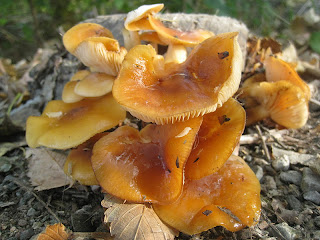 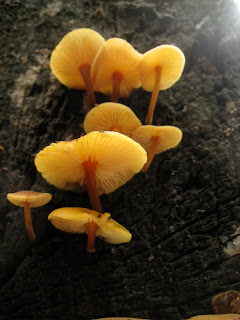 From June?  I'm not one hundred percent positive that these are F. velutipes.  They didn't quite look right.  And all sources I've checked indicate that F. velutipes is a mushroom that grows anytime but summer. But I can't come up with anything else.  Maybe I'll find them again next June for further study. 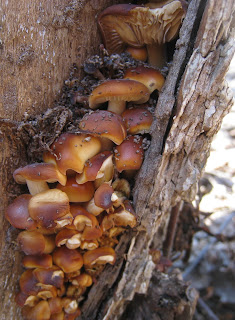 From April, growing on the same tree as in the first picture.

By the way, the name Velvet Foot or Stem comes from the fact that the lower stem of this mushroom has a black, slightly fuzzy appearance.
Posted by 11 at 7:47 PM