There are a lot of mushrooms sprouting right now.  Below is more of what I've found over the past few days. 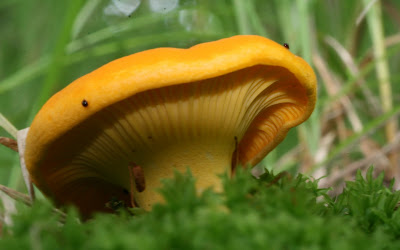 Chanterelles, Cantharellus cibarius.  The distinguishing feature of all species of chanterelles are the "false gills".  The underside of the cap is folded to resemble gills, but they aren't actually seperate structures from one another and from the underside of the cap as in mushrooms with "true gills".  It's taken me awhile to be sure that what I'm looking at are false gills instead of true gills.  Observing a lot of mushrooms has been the key.

I found many, many chanterelles on a walk today.  I took a few handfuls home to cook but left most behind to carry on their fungal life. 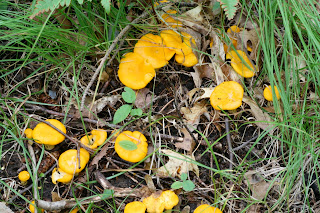 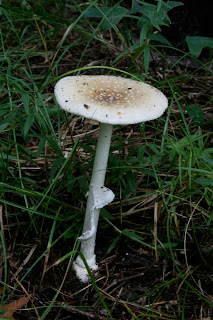 Pictured above is a species of Amanita.  Note the ring around the stalk, and the cup at the base.  Many Amanitas also have patches or warts on their caps, as this one does.  It's a fairly easy genus to recognize and a good one to learn because many of it's members are deadly.  Beyond knowing it as a genus, I'm not to familiar with the various species yet. 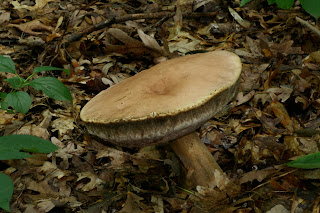 A species of Tylopilus, a member of the bolete family.  I found a couple of pretty impressive specimens whose caps measured almost 20 cm across.  I plan to post more on this mushroom soon. 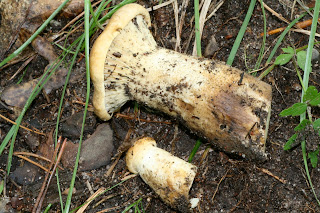 I think these are Pine Spikes (genus Gomphidius or Chroogomphus), but I'm really not sure.   Another puzzle to work on, which is one of the things that make mushrooms so fun and interesting.

The following five photographs are all of different species of Russula. 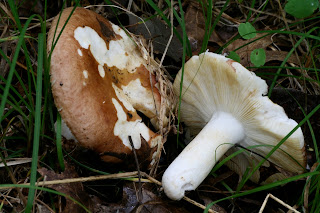 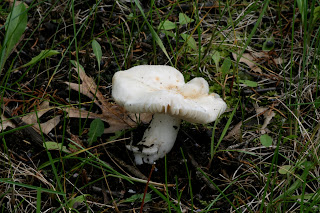 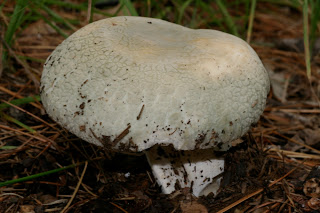 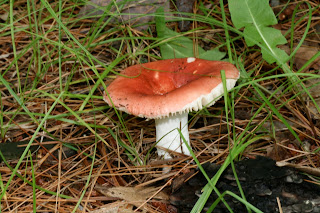 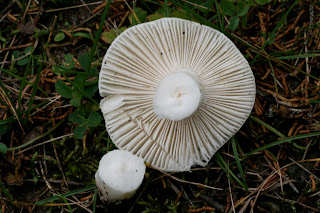 A characteristics of Russulas that makes them fairly easy to identify after seeing them a few times is their brittle flesh.  The caps and gills crumble apart, and the stalks usually break apart cleanly like a piece of chalk.  They can be easy to recognize as a genus, but very difficult to identify to species.

The next two pictures are of brown mushrooms I found growing in the grass.  I hope to post soon my attempts to identify them (and third mushroom found in my previous Mushrooms this Week post, look for the Little Brown Mushroom #7 post).  For now enjoy and see how many nondescript small to medium-sized brown mushrooms you can find in the grass. 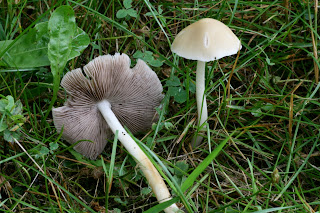 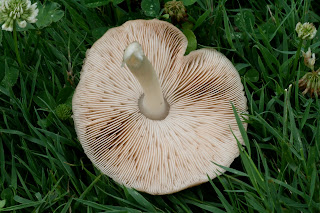 And finally, two pictures of some of the countless small to very small mushrooms I've found.  Small, but just as interesting, intriguing, and fun to find as their larger cousins pictured in this post. 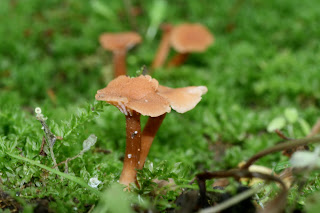 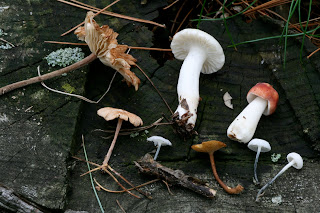