Yesterday we took a family trip to Frontenac State Park, south of Red Wing along the Mississippi River.  Sara had planned out a very nice trip.  We took some back roads along the flooded Vermilion River (with some good duck watching).  We walked about a mile (a long walk for Naomi and Adele, but they did great).  On the way back we stopped in Red Wing for lunch at a place called Bev's, which was great.  I had the Inferno burger, with hot pepper everything and it was really, really good.

And the lichen watching was great.  Here is some of what we saw. 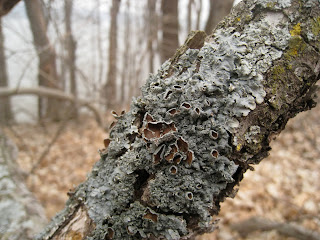 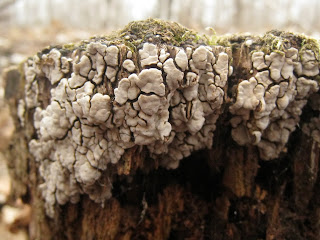 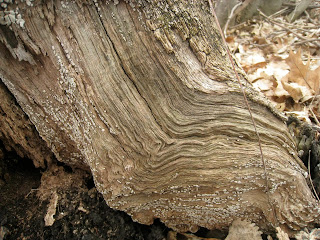 Sara suggested this shot with the same lichens as above, pictured with the curvy wood grain of the stump. 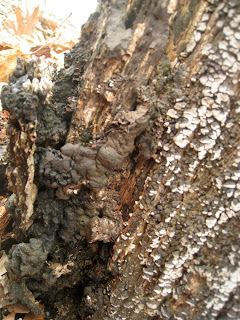 Naomi took this picture of the same stump, with the same lichens, and some black lumpy, fungal stuff.  I spent some time at home trying to identify this lichen with no luck, but stumbled upon a picture of the following lichen in my "Lichens of North America" book.

It could be another species of Graphis, "Lichens of North America" only describes a handful of the 39 Graphis species in North America.  But I'm going to say it's the first lichen I've ever identified.  It was all over the place.  I saw a lot of it on Sugar Maples that were growing along the bluff. 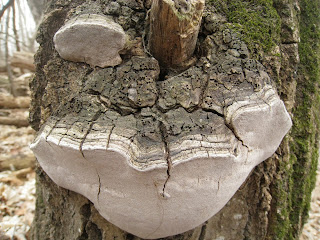 Not a lichen, but a conk, or polypore.  I got both Naomi and Sara in the only round of Conk-bonk played.  It was kind of unfair since I didn't formally announce that Conk-bonk had commenced, but that's never really mattered before.  Conk-bonk is a fungal version of Slug-bug.  I think Sara and I started it on a camping trip at Split Rock Lighthouse State Park a number of years ago. 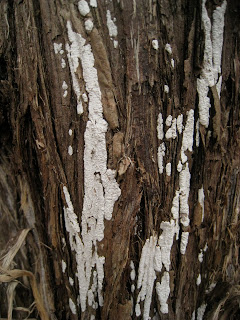 I think these are lichens growing on the bark of a Red Cedar.  A quick (600 pages) perusal of the species photographs in "Lichens of North America" didn't turn up a match. 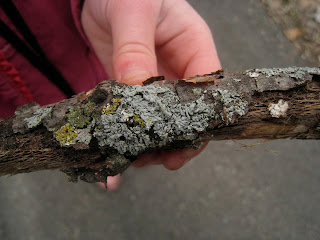 Naomi found this branch with lichens.  I've seen similar looking lichens many places, but haven't really tried to identify them yet. 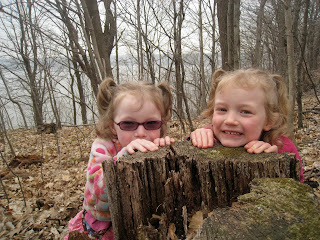 We had such a good time that everyone wants to go back and camp for a weekend (Adele was even wondering if we had happened to bring along the camping gear).
Posted by 11 at 7:55 PM