Stuff on Rocks and Logs

I took a trip to Schaar's Bluff and then to Pine Bend Scientific and Natural Area in Dakota County,  both along the Mississippi River and just SE of St Paul.  My main intention was to go bird watching, but I didn't see many birds.  Maybe because it was so windy and a bit rainy.  Or maybe it was because I ended up looking at all of the rocks and logs covered with fungus, lichens and moss.  It's hard to look at both at the same time (but I keep trying).

Below is a little photographic tour of what I discovered.  First Schaar's Bluff. 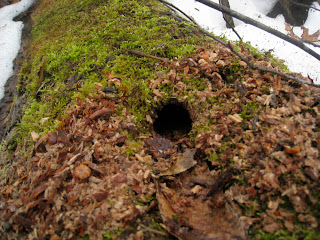 A hole dug into a rotten log.  Maybe by a mouse.  There were basswood seeds with holes chewed into them off to the side. 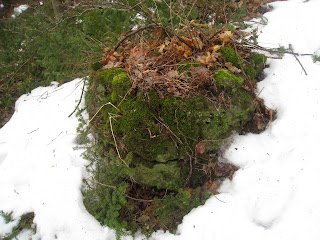 A nicely vegetated rock I found while walking (more like slipping) down a ravine to the Mississippi. 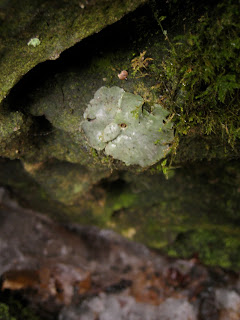 An umbilcate, foliose (umbrella-shaped, leaf like) lichen.  I'll go out on a limb (go out on a thallus in this case?) and say it's in the genus Umbilicaria. 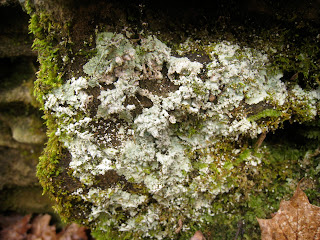 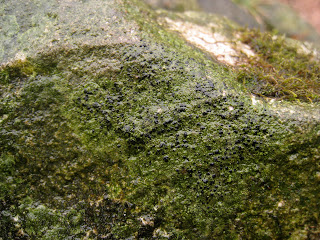 A crustose lichen growing on a rock.  It looks like it's part of the rock. 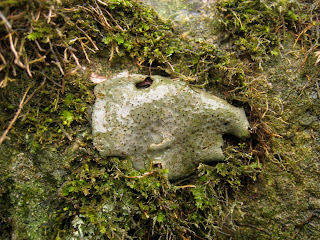 Another lichen on a rock. 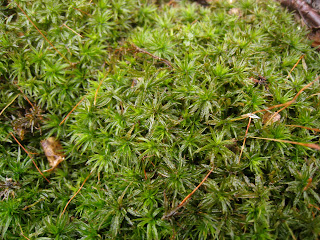 Moss growing at the base of a tree. 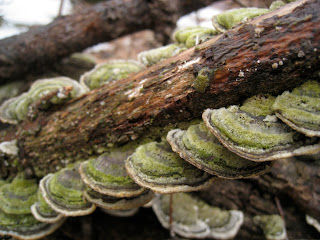 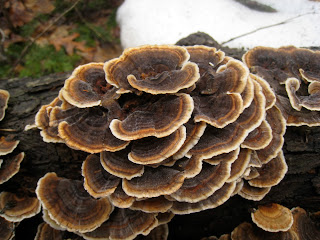 I believe this is Turkey-tail (Trametes versicolor).  Another polypore. 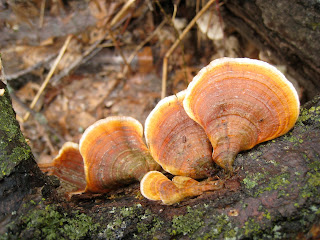 And I believe this is False Turkey-tail (Stereum ostrea).  Yet another polypore mushroom.

And now on to Pine Bend Scientific and Natural Area.  All of the following pictures were taken on two apsen (Populus spp) logs I found close together.  I think it's amazing how much diversity these two dead trees support. 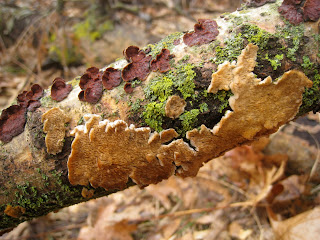 I didn't study anything to closely, I just took the time to enjoy.  I think the white fungus is either Ochre Spreading Tooth (Steccherinum ochraceum), or Milk-white Tooth Polypore (Irpex lacteus).  The greenish stuff are lichens.  The maroonish ones are a fungus, but I don't know what. 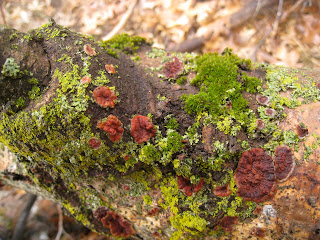 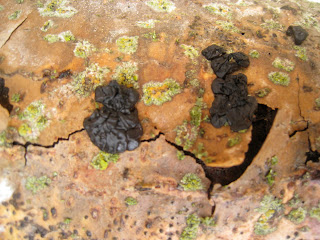 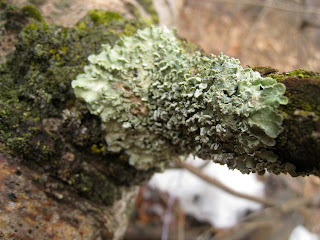 A foliose lichen.  I've studied an example that I found at Westwood under a dissecting scope, but no luck figuring it out (lichen ID is tough). 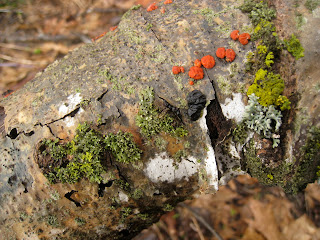 More greenish and some gray lichens, along with a Black Jelly Roll, and Red Tree Brain (Peniophora rufa).

I thoroughly enjoyed the whole morning, despite the crummy weather and lack of birds.  I didn't expect much in the way of fungus, lichens, or moss, but you should never count on your expectations too much.

I'd like to have a name for the activity of observing, admiring, and occasionally collecting the little things that grow around us.   For birds it's called bird watching (hopefully you're just collecting a life list or something), for fish it's fishing, for charismatic mega-fauna it's a safari or hunting.  It's not really important to have a name, but it would be fun.
Posted by 11 at 8:19 PM